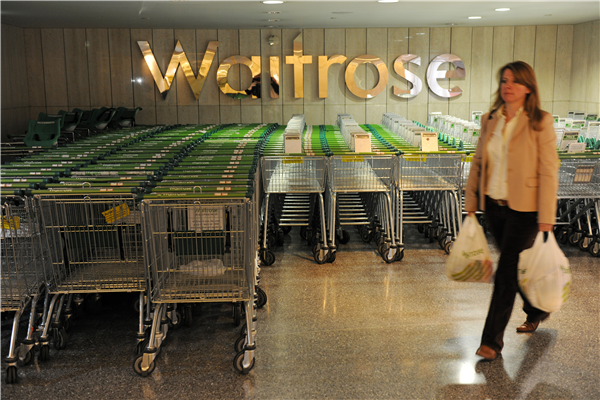 The concierge concept is part of a multi-million pound strategy to improve in-store customer experience.

Waitrose is unable to confirm who has designed the retail concept but says the front of store concierge-style desk will offer shoppers a range of personalised services.

These will include flower and gift wrapping and an area for ordering Waitrose and John Lewis goods via in-store tablets, while a dry-cleaning service will be trialled in several stores this year ahead of roll out.

The retailer says that its growth in the ecommerce market has prompted the introduction of the concierge desk.

Waitrose has an deal in place with Ocado for online shopping and delivery which is understood to be in place until 2017, but Morrisons has just entered the online grocery market and announced a deal with Ocado that will see its groceries delivered to customers from January 2014

A Waitrose spokeswoman says, ‘It is not yet clear from the announcement today [by Morrisons] if this breaches the terms of our contract with Ocado.’ Waitrose is expected to make a full statement later today.

The new welcome desk will be installed in 100 branches this year before rolling out to all shops in 2014.

Meanwhile the existing Waitrose Click and Collect service encourages customers to order online and collect groceries in store. This has already led to a trial in five stores in March where customers used drive-through collection points, and at the end of the year a trial is planned for customers to collect shopping from temperature controlled lockers.