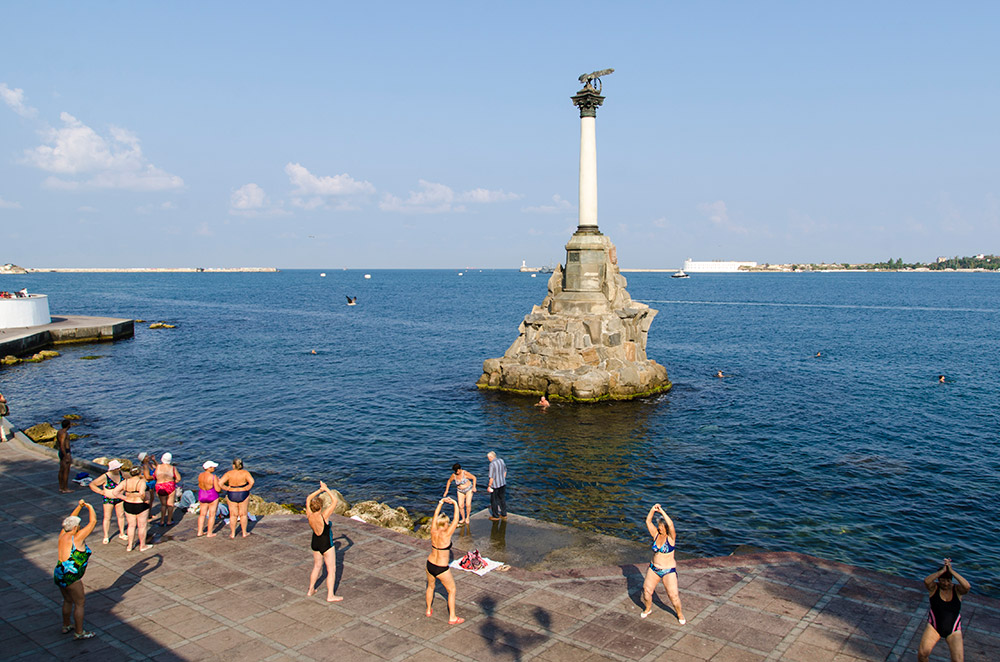 Now with Russia’s annexation of Crimea plunging the region into turmoil, the pictures take on a poignant and almost sinister quality. 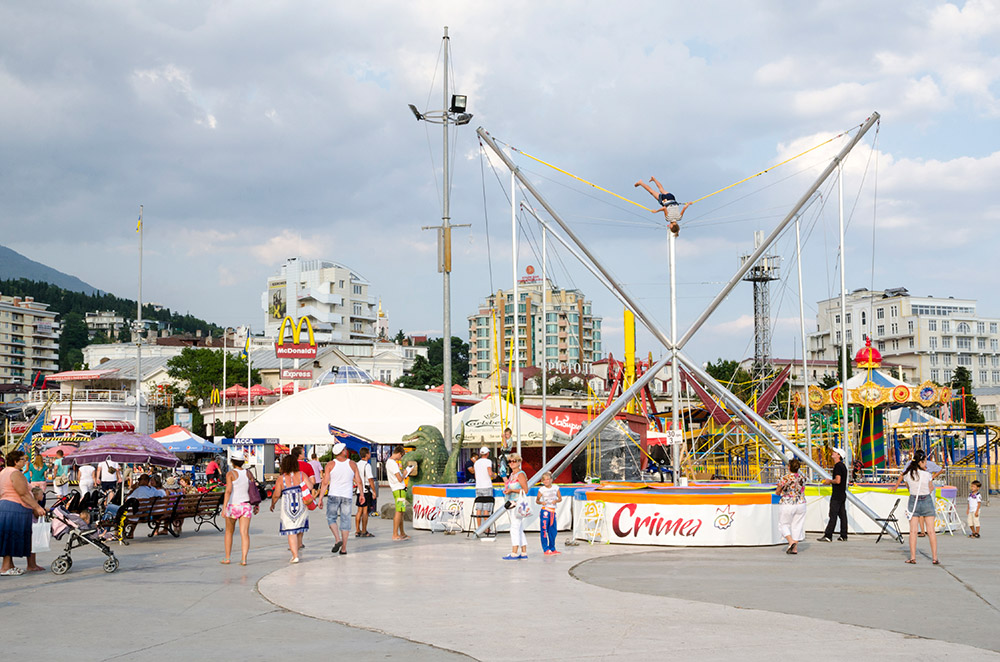 Seaside promenades such as Yalta are shown here as lively places awash with try-your-luck games and fairground abandon.

Many of the images have a playful quality and give a sense of  great levity in their own context. 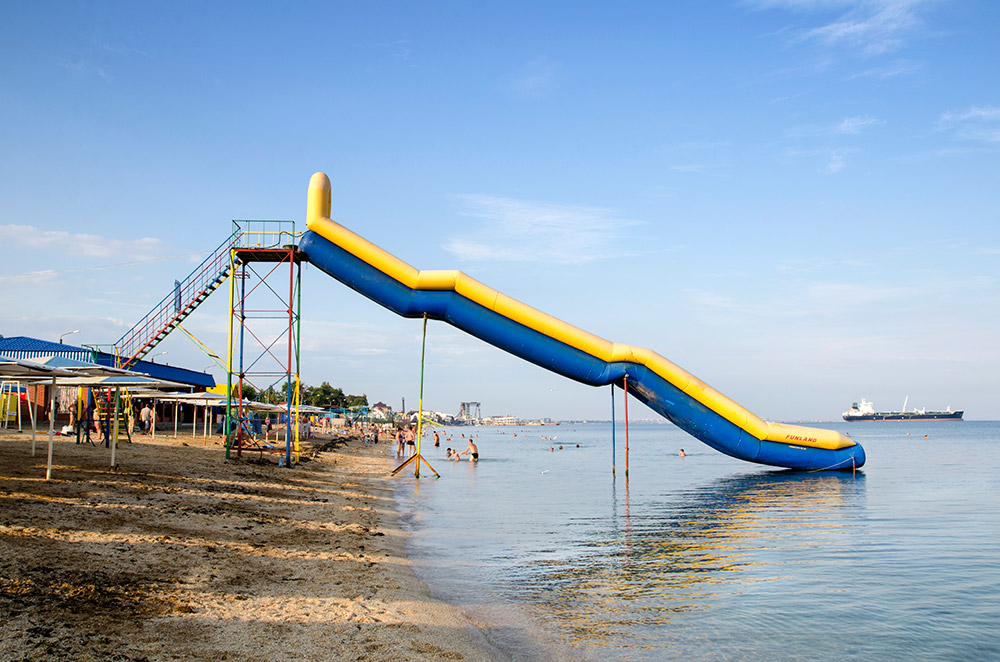 We particularly like this large cat, which has disguised itself as a till, either as an opportunistic embezzler, or because its owner thinks it might get the punters in. 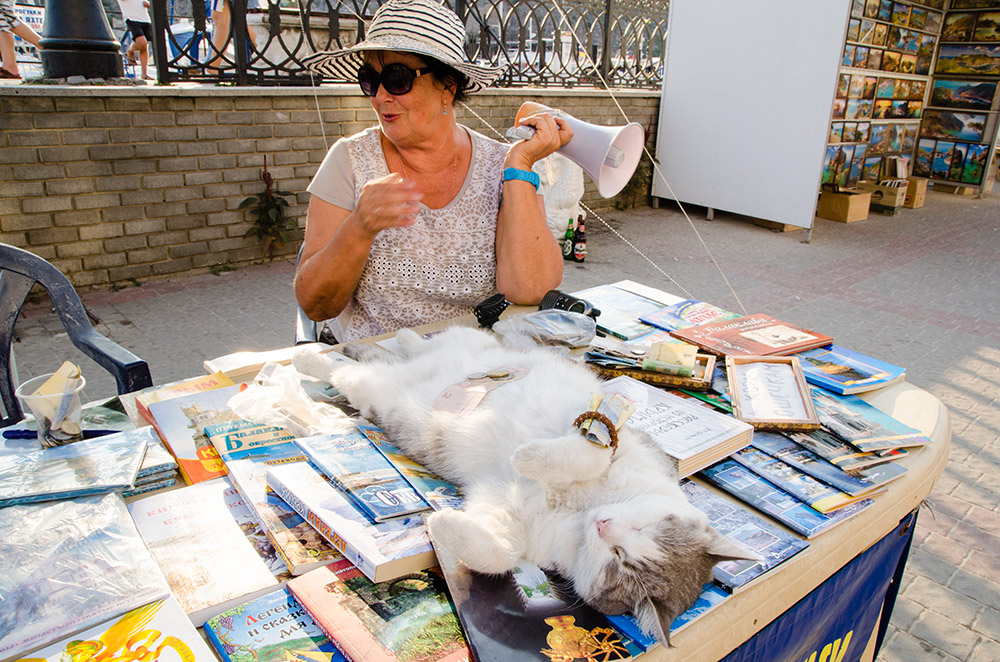 Kroger also reveals a more sedate side to the locations – empty beaches and elderly people playing board games. 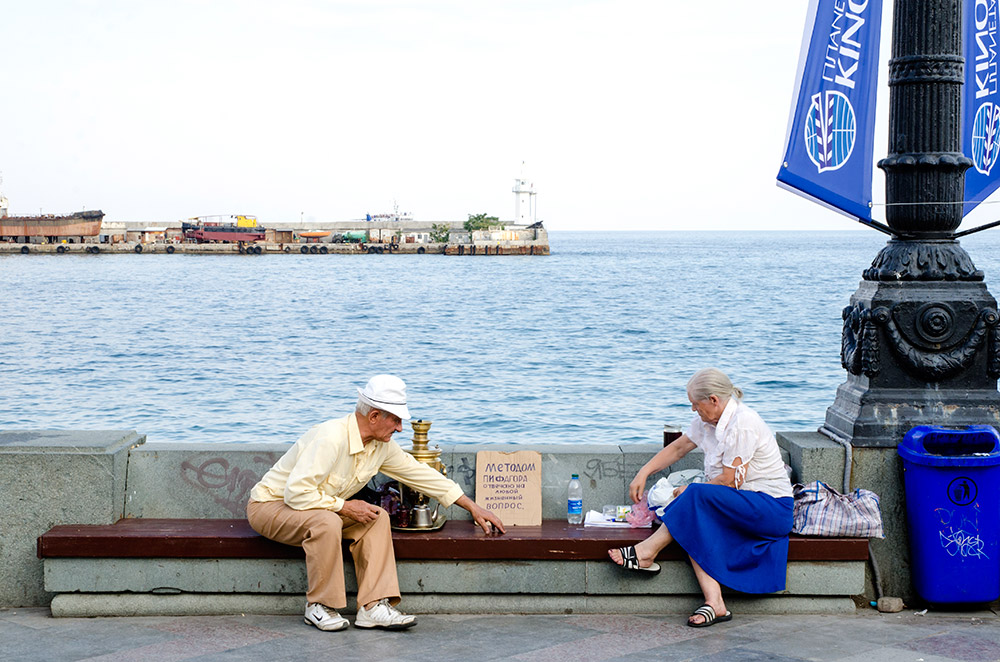 While both of these visions paint a slightly different picture of the place, they are completely at odds with recent images of the region in conflict. 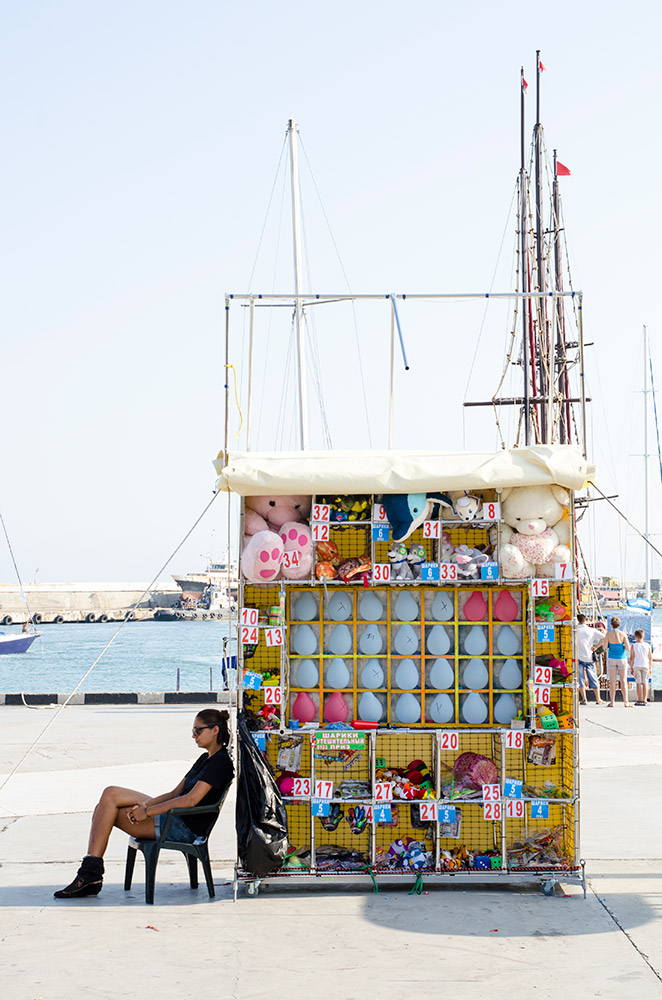