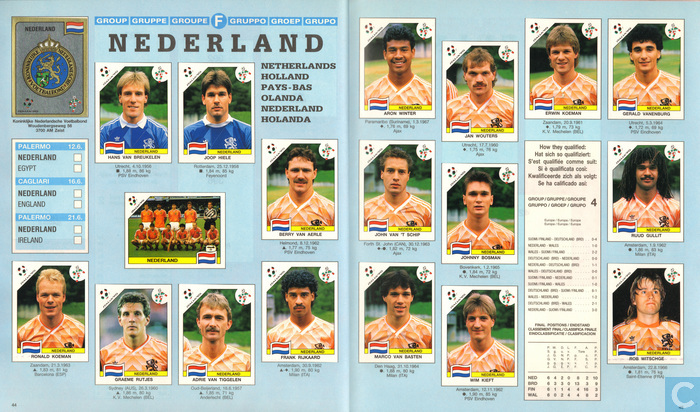 The Brazil 2014 World Cup kicks off next month, and here at Design Week our office copy of the Panini sticker album is already filling up.

Judging by the emails and Tweets we’ve been getting, as well as the popularity of sites such as Sennep’s Stickerswapping, there are plenty of designers out there who are as Panini-obsessed as we are.

I’ve been collecting Panini stickers at every World Cup since making my debut in Italia ’90. I didn’t realise it at the time of course, but that 1990 stickerbook taught me a lot about design.

There are the Italia ’90 graphics and national flags throughout the album, the occasionally dodgy photography, the way the editorial design changes as you fill up the album and, (of course) the rare and desirable shiny stickers.

Recently designer Sarah Hyndman asked me what my earliest memory of typography was. I answered that it’s The Beano’s masthead in the 1980s, which I replicated endlessly in schoolbooks. Panini stickerbooks were probably as influential in developing my interest in editorial design.

We’d love to find out about your earliest memories of design – let us know in the comments below.