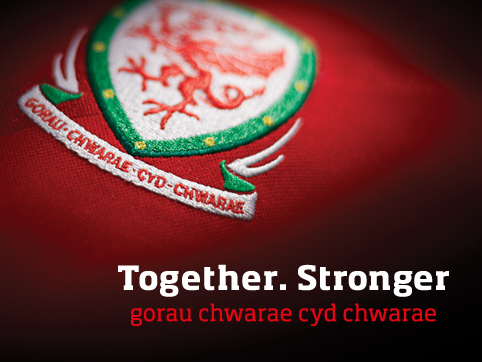 Strategy and brand positioning, and a campaign across print and digital channels including membership and ticketing sales have all been created.

Designroom Sport says it has looked to make ‘a genuine connection to the Welsh team’ and was inspired to position the FAW brand around Gorau Chwarae Cyd Chwarae (Best Play is Team Play), a motto which has appeared on Welsh shirts for 50 years. 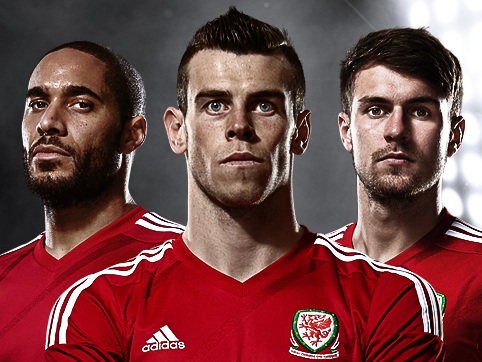 Together. Stronger is an interpretation of this motto created by the consultancy, which has photographed the entire Welsh squad, including members of the under 21s, Disability and Women’s Teams, as well as several fans. 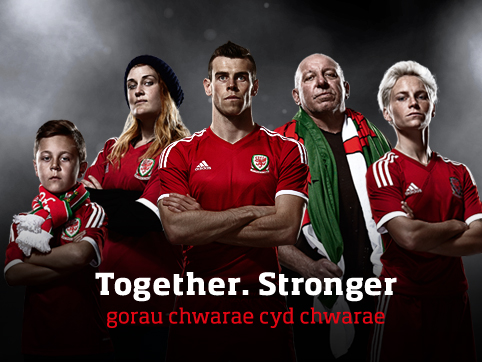 Designroom Sport creative director Billy Johnson says, ‘Taking these images into post production we were able to set the scene and build a series of images using groups of players across different squads appearing with fans in varying compositions to leverage the “Together. Stronger” message. 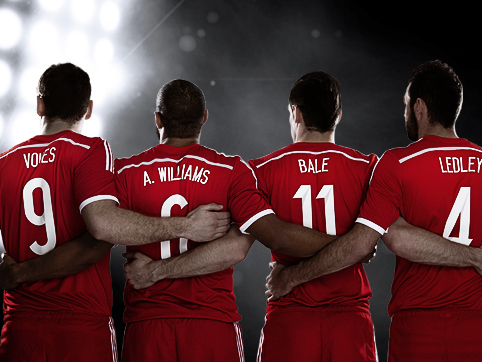 ‘We also crafted a bespoke wordmark for Together. Stronger that lives large across all materials along with “Gorau Chwarae Cyd Chwarae” – the spark of the positioning.’