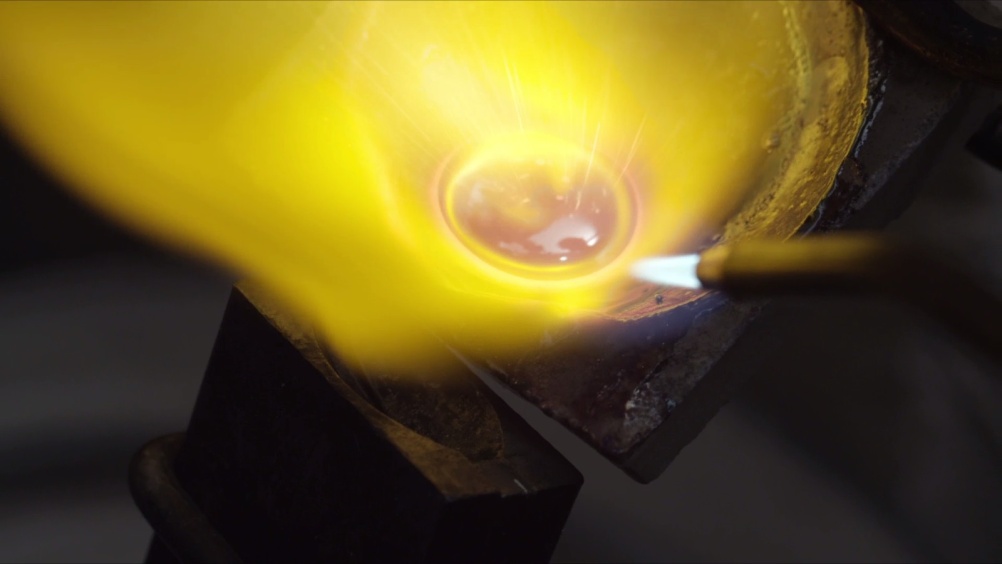 The film, simply entitled Gold, sees her wax lyrical about her medium, and shows some gorgeous, glimmering footage of the metal.

Gold’s sound designer Greg Niemand explains, ‘We wanted to delve a little further into Jacqueline’s craft and produce a film that not only gives her collectors a deeper insight, but also introduces a new audience to her detailed and considered approach.’

The team behind the film – which also includes composer Evan Gildersleeve, graphic designer Catherine Perrott and camera operator Joe Mannion – was asked to make the documentary on the strength of Print – a lovely short about Perrott’s father’s printing business.

They set about making the documentary by initially interviewing Mina at her home, garnering some lovely soundbites, before shooting all the footage of the processes in just one day.

‘We wanted to humanise [the goldsmithing process], and let the visuals and the voiceovers we selected tell the story’, says Niemand. ‘The craft was the most important thing’.

It’s a rather touching piece of film, as Mina talks about her process. ‘Metals speak back to me, and I can do this, that or the other’, she says.

‘Gold is the one material that allows me to express myself in whichever way I feel, The pleasure when something solders beautifully… when that moment happens, it’s like magic’.