The Design Council is winding up its ‘transformational design’ unit Red, resulting in the departure of the bulk of the team.

Although the council had not previously indicated that Red would be disbanded following Cottam’s departure, its chief executive David Kester now confirms that the decision had already been taken to close the unit and that staff will not be replaced. It is understood that Cottam decided to leave in the summer, hastening the decision to close the Red function.

According to Kester, it is ‘not a redundancy situation’ because the staff involved – Red head Matthew Horne, senior design strategist Jennie Winhall and personal assistant Jude Codner – had already decided to join Cottam’s venture.

‘When we set this up [in 2004] we needed a whole new way of doing things and a research and development unit to develop ideas. Now a lot of Red’s policies, systems and approaches are part and parcel of the way we’re doing things across the whole council. We are now rethinking who we are as an organisation and Red was a catalyst to that,’ says Kester.

Cottam is currently securing funding for a number of projects for her as-yet unnamed initiative, co-founded with strategic consultant Charles Leadbeater and former head of Ideo London Colin Burns – both advisors to Red. Cottam is not yet formally employing her former Red colleagues.

The initiative will focus on engineering social change through design, says Cottam. It builds on her work in public service transformation at Red, but will be on a larger scale, using national and international private sector organisations as partners. The first project will centre on social isolation.

‘We want to ask what would underpin the welfare state of the 21st century. The projects are about harnessing experiences in people’s everyday lives and using design methods to build and pilot programmes that can be put into action,’ she says. ‘We have a much wider, public/private ownership than Red, but what we share is a very open approach; everything will be discussed and published on a blog.’ 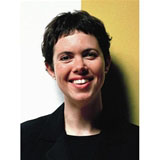 • Cottam’s work in this area won her the Design Museum’s Designer of the Year award in 2005, causing some controversy

• Red acted as a catalyst to introduce practices into the ‘fibres’ of the Design Council, says chief executive David Kester