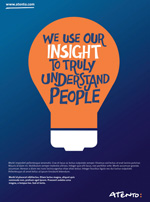 Lambie-Nairn is set to open an office in Mexico City, following openings in Colombia in July and Argentina last month.

It is hoped that the Mexico City office will open by the end of this year. The expansion aims to allow the consultancy to work more closely with telecommunications brand Telefónica, its key client in the region.

Lambie-Nairn currently has no other clients in Latin America. Nicky Nicholls, global executive director at Lambie-Nairn, says, ’The long-term plan is to grow organically, and the short-to-medium term plan is to focus on Telefónica.’

She adds, ’In order to service Telefónica in a more effective and efficient way we opened three hubs, which will look after a group of countries respectively.’

Nicholls, together with Tim Simmons, creative director in Madrid, will be responsible for the operations in Latin America. Senior designer Juan Morate will move from Madrid to Mexico for six weeks to train up local staff. Nicholls adds, ’The reason we’re working on the ground is to get a real understanding of local markets and local cultures.’ Christian Schroeder, chief executive of Lambie-Nairn, says, ’We want to achieve a balance between adhering to cultural sensitivities while maintaining overall coherence of the brands we work with.’

The consultancy has recently refreshed the brand identity of the Telefónica company Atento (pictured), a Spanish-speaking contact centre. The new identity is being implemented across Spain and 17 countries in Latin America.