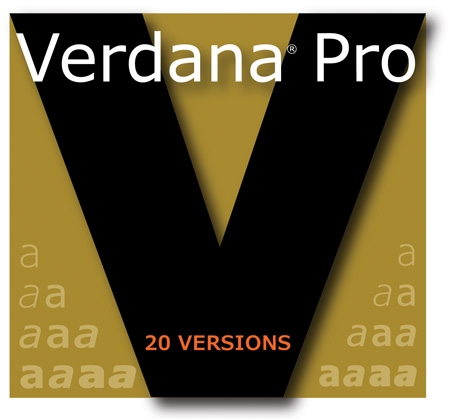 The Georgia Pro and Verdana Pro typefaces, which are being released by Monotype Imaging, have been updated to feature 20 weights and new character sets.

New weights include a light, semibold and black, each with matching italics, in addition to new condensed families. 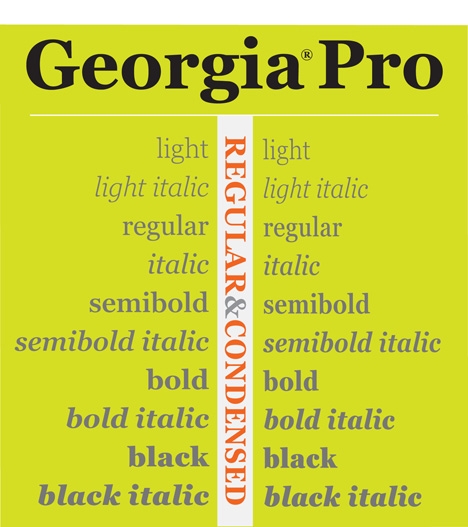 The original typefaces were developed for Microsoft’s Core Fonts for the Web pack. Allan Haley, director of words and letters at Monotype Imaging, says, ‘Georgia and Verdana represented major milestones in the 1990s because they worked so well on-screen and were among the first Web-safe fonts.’

He adds, ‘However, with four fonts each, they were limited in their use. The new Pro versions empower these highly legible, tried-and-true designs with newfound typographic versatility.’

Matteson says, ‘The enhancements to the families are significant – especially in this new age of Web fonts. With the explosion of devices that provide for on-screen reading experiences, these fonts are more relevant than ever.’