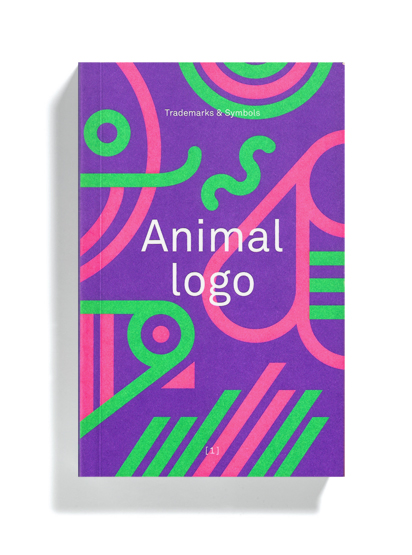 Split across categories including Aquatic, Bears, Mythical, Primates, Reptiles & Amphibians, and Stags, the book has compartmentalised the animals into a series of enclosures, creating a sort of logo zoo. 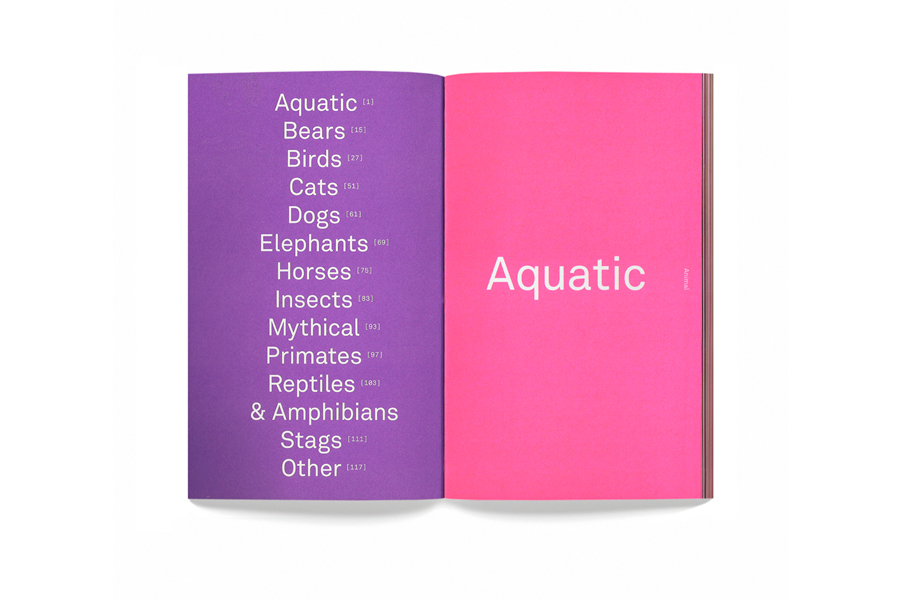 They’ve all been printed in black and white, and are set against the bright neon colours of the book. 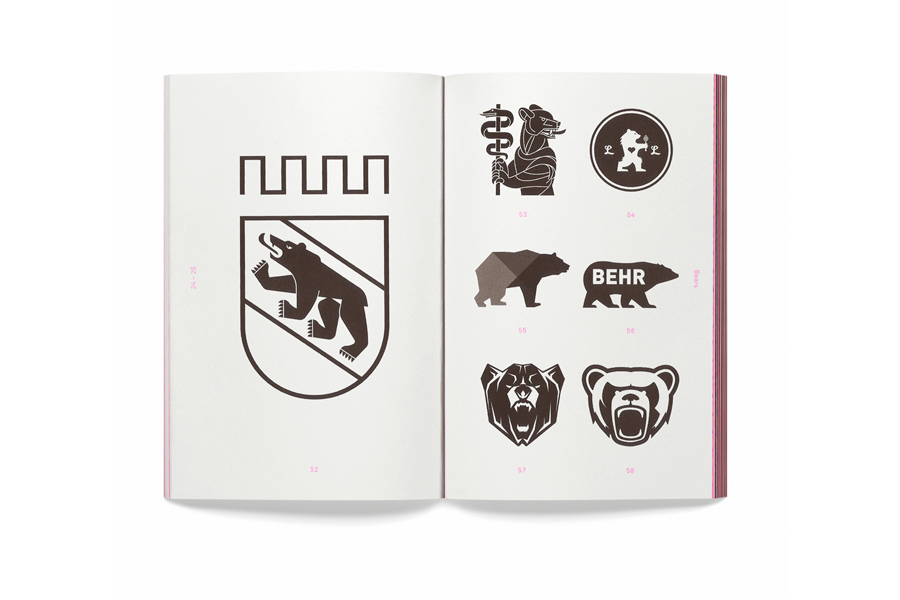 Putting them all together shows the wonderfully playful effect a well-used animal icon can bring. 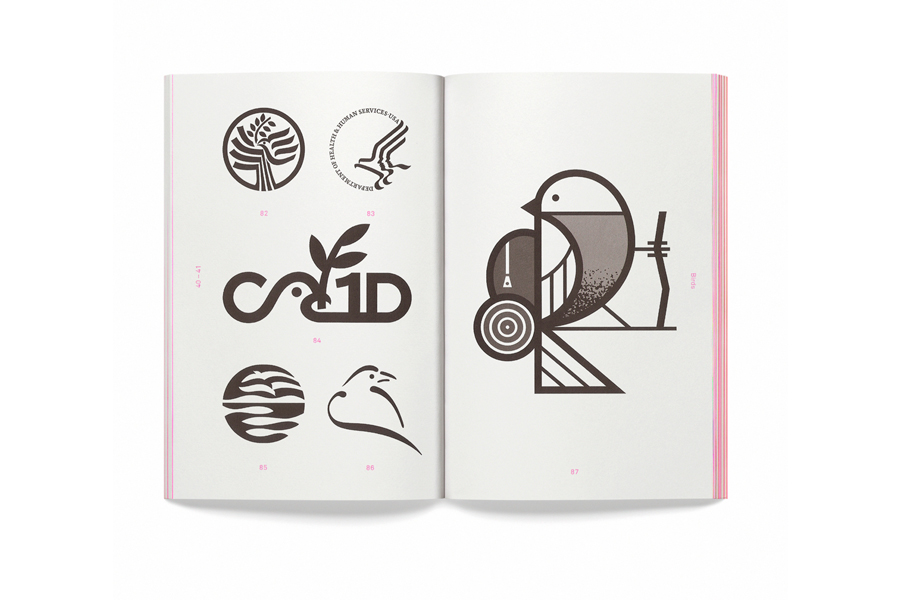 There are some quite cartoonish logos, inventive examples of creating messaging with negative space, and also crests which modernise traditional animal forms. 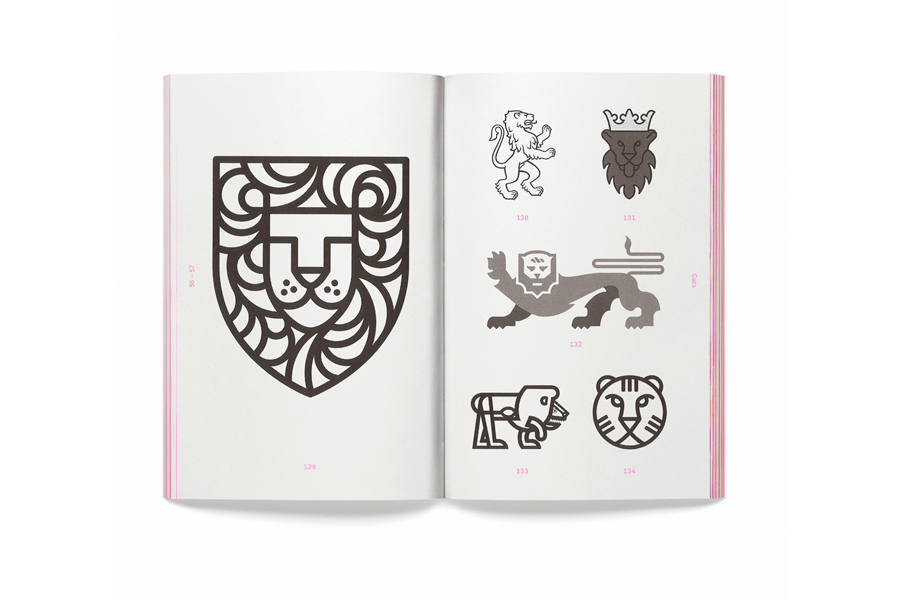 The examples given confirm that designers have often drawn on animals’ perceived characteristics – bears for power, owls for wisdom, and elephants for memory – matching them with a company and helping it project these traits in a complementary way. 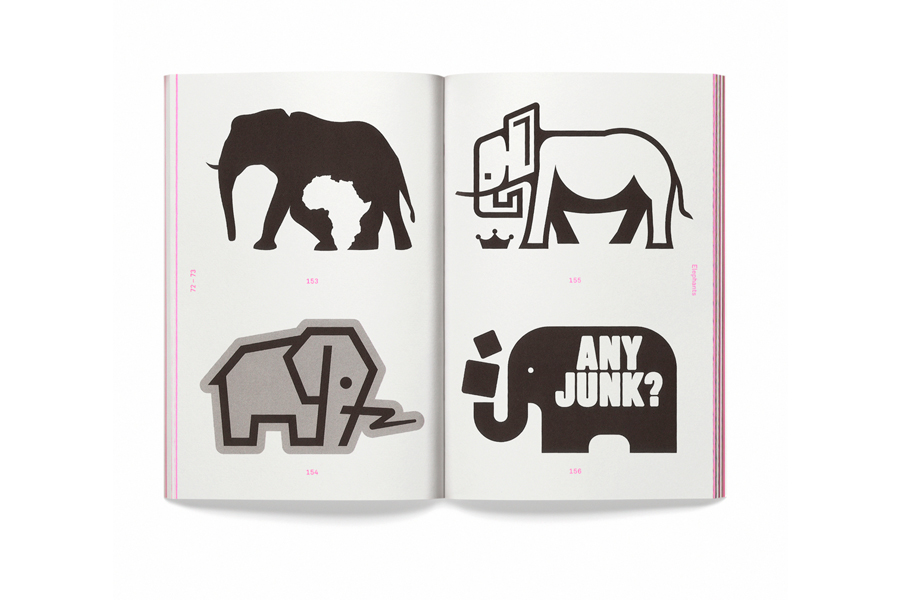 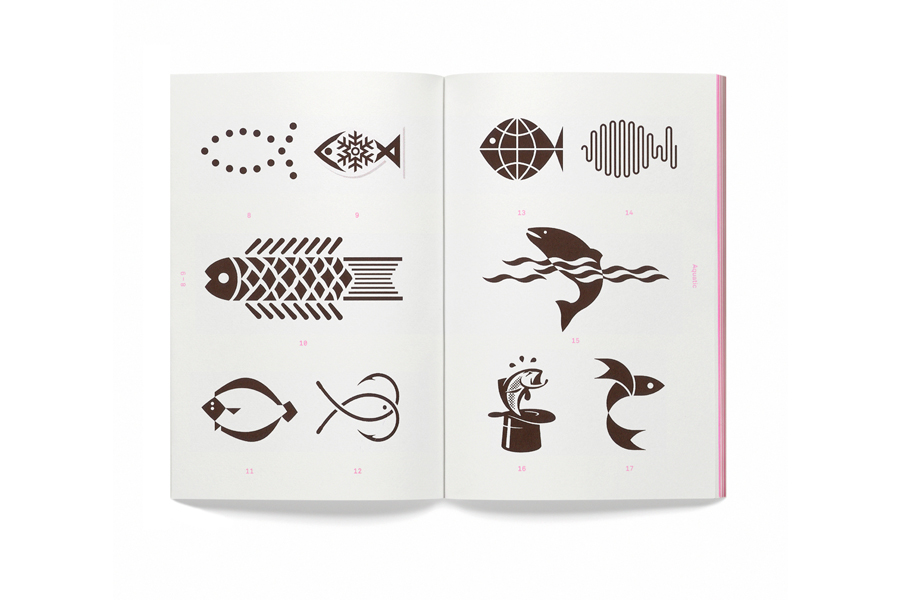