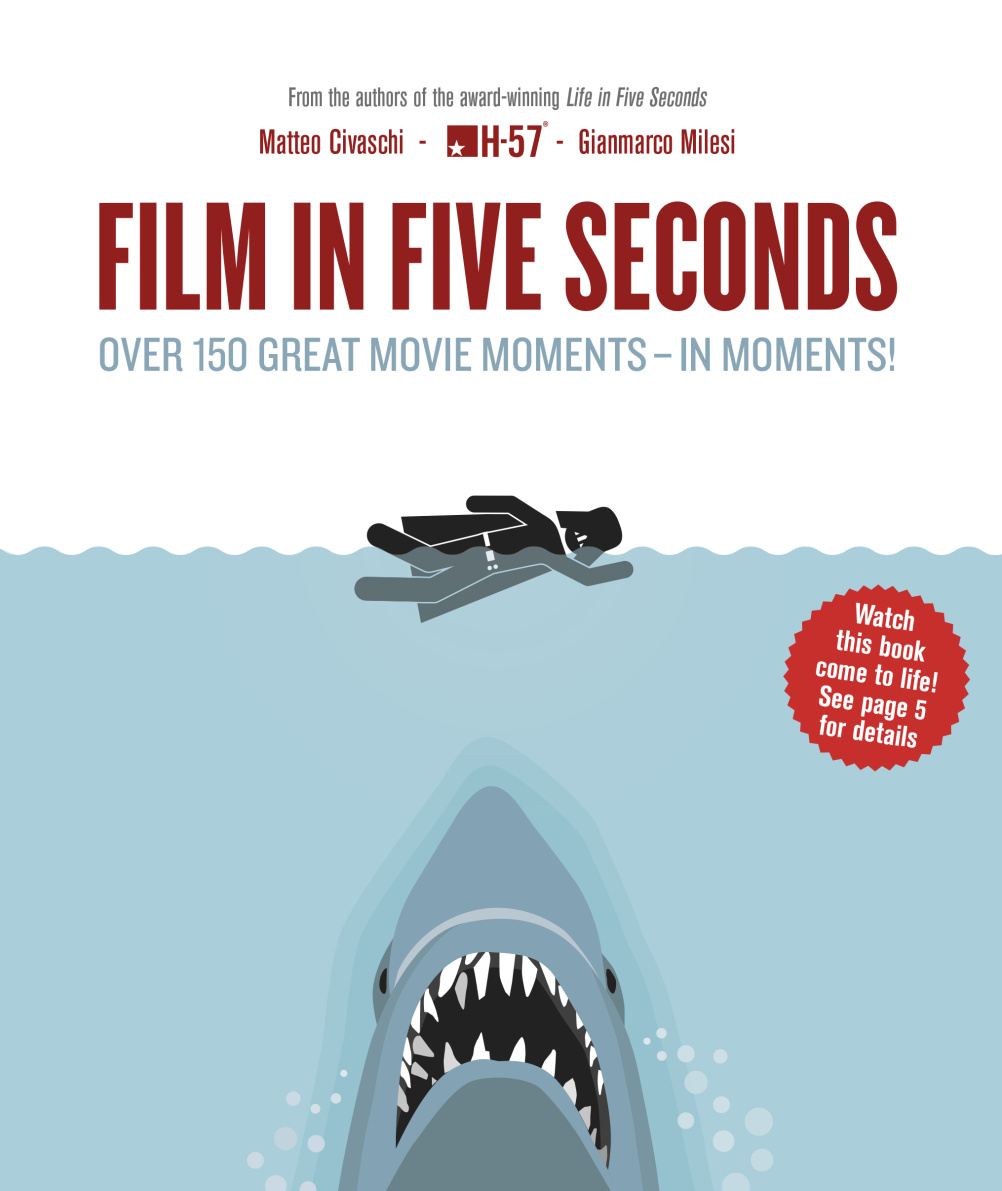 It’s as much a game as a book, with answers at the back so you can check if you’re right, or look up any that were on the tip of your tongue*. 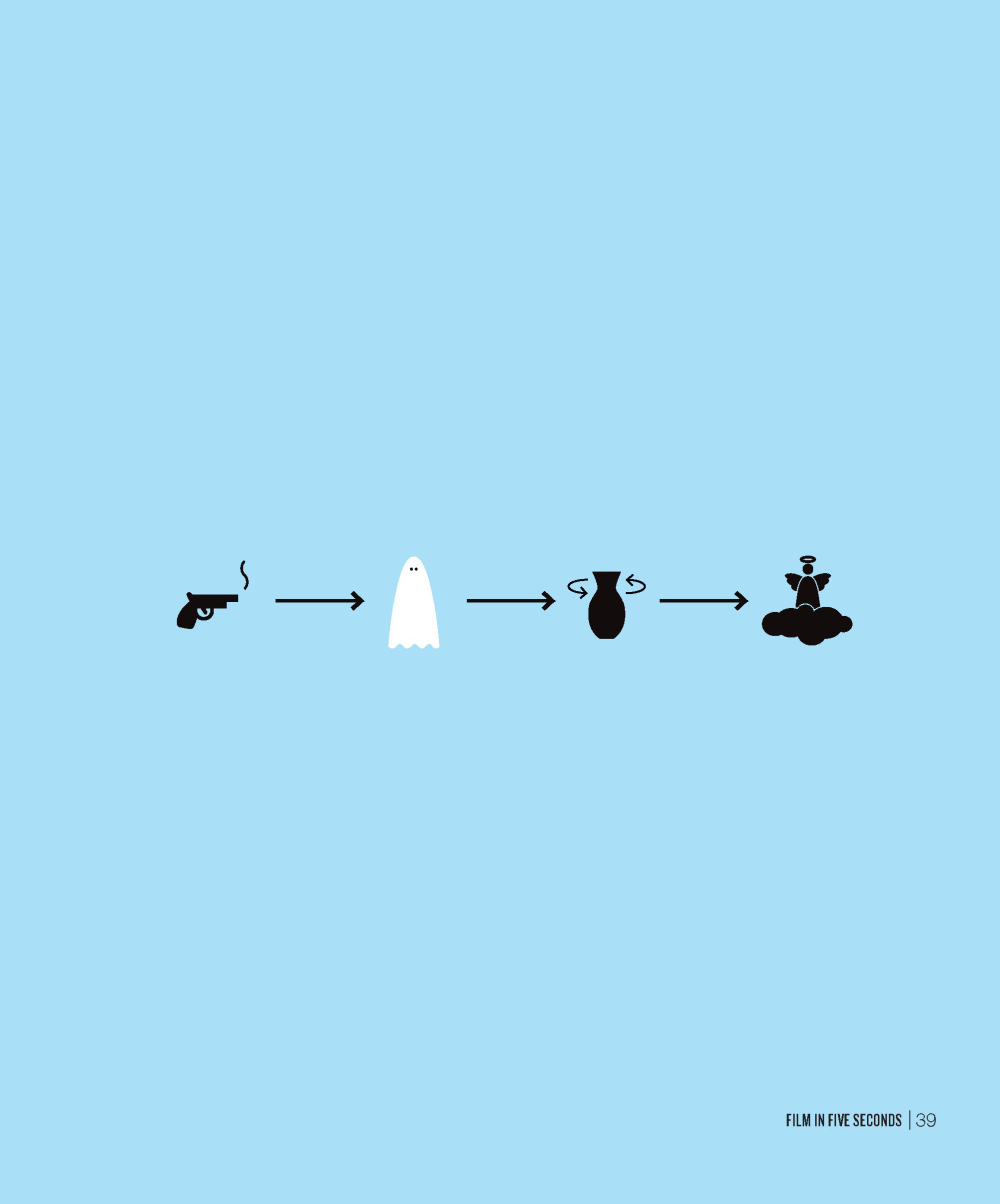 The idea has been born out of H-57’s ‘shortology’ philosophy – ‘removing all the unnecessary bits to leave you with a few graphical icons’. 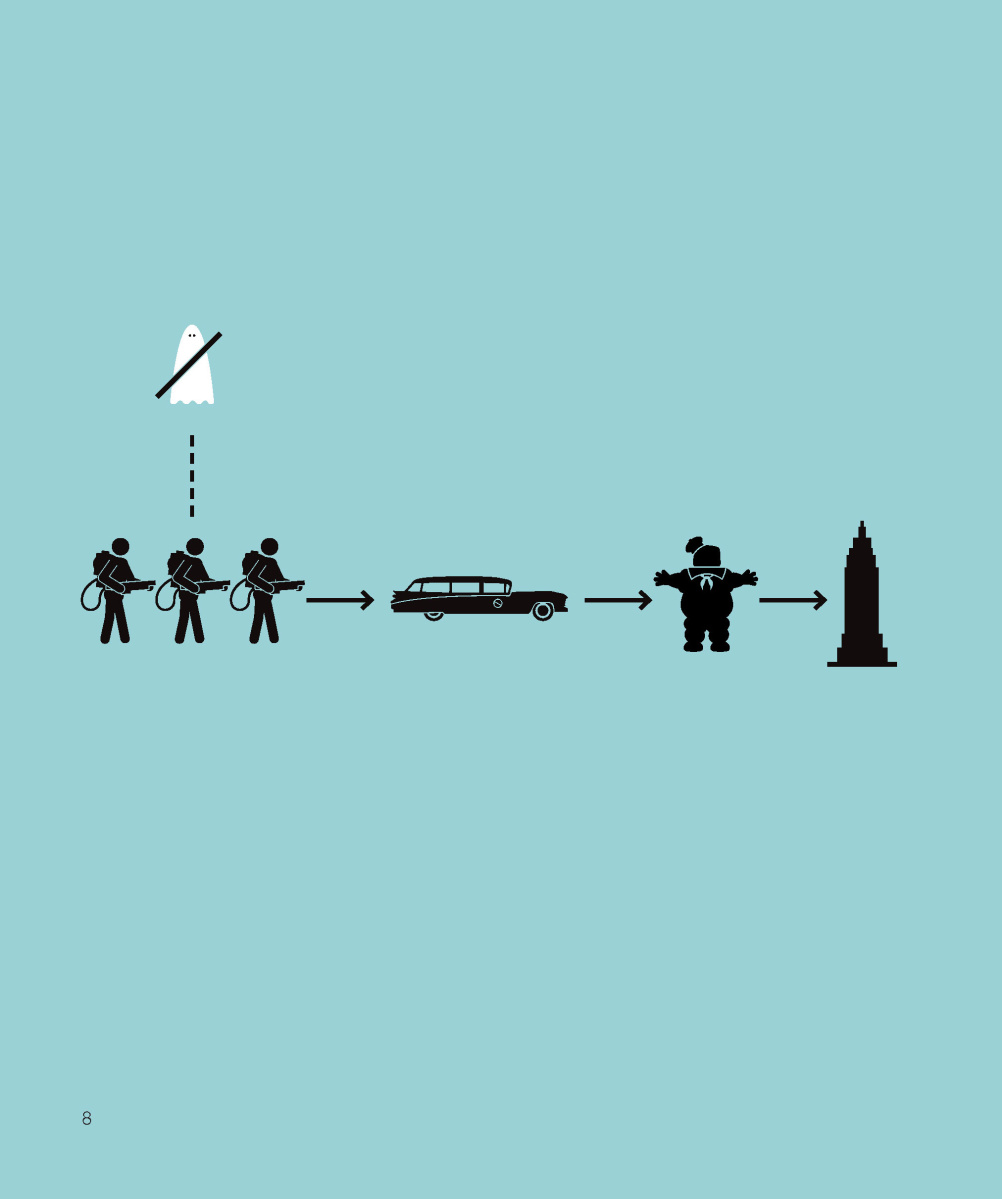 You’ll find 150 films in here and a few augmented reality bits, which can be unlocked with a phone for extra clues. 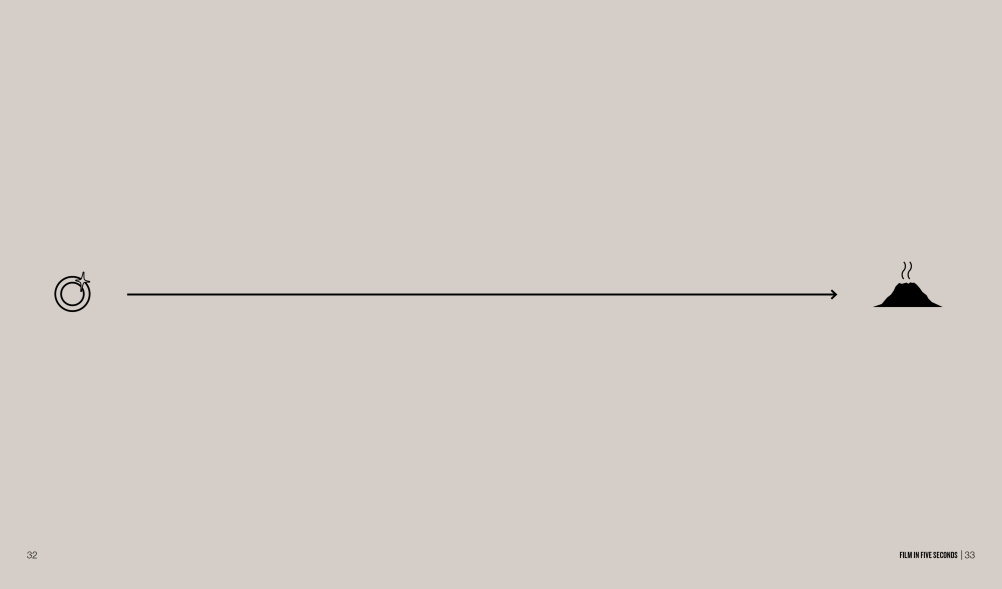 On the one hand it’s a timewaster’s paradise and a coffee-table companion, but on the other it’s for those who don’t have time to watch a film from start to finish. Or at least that’s what H-57 would have us believe. 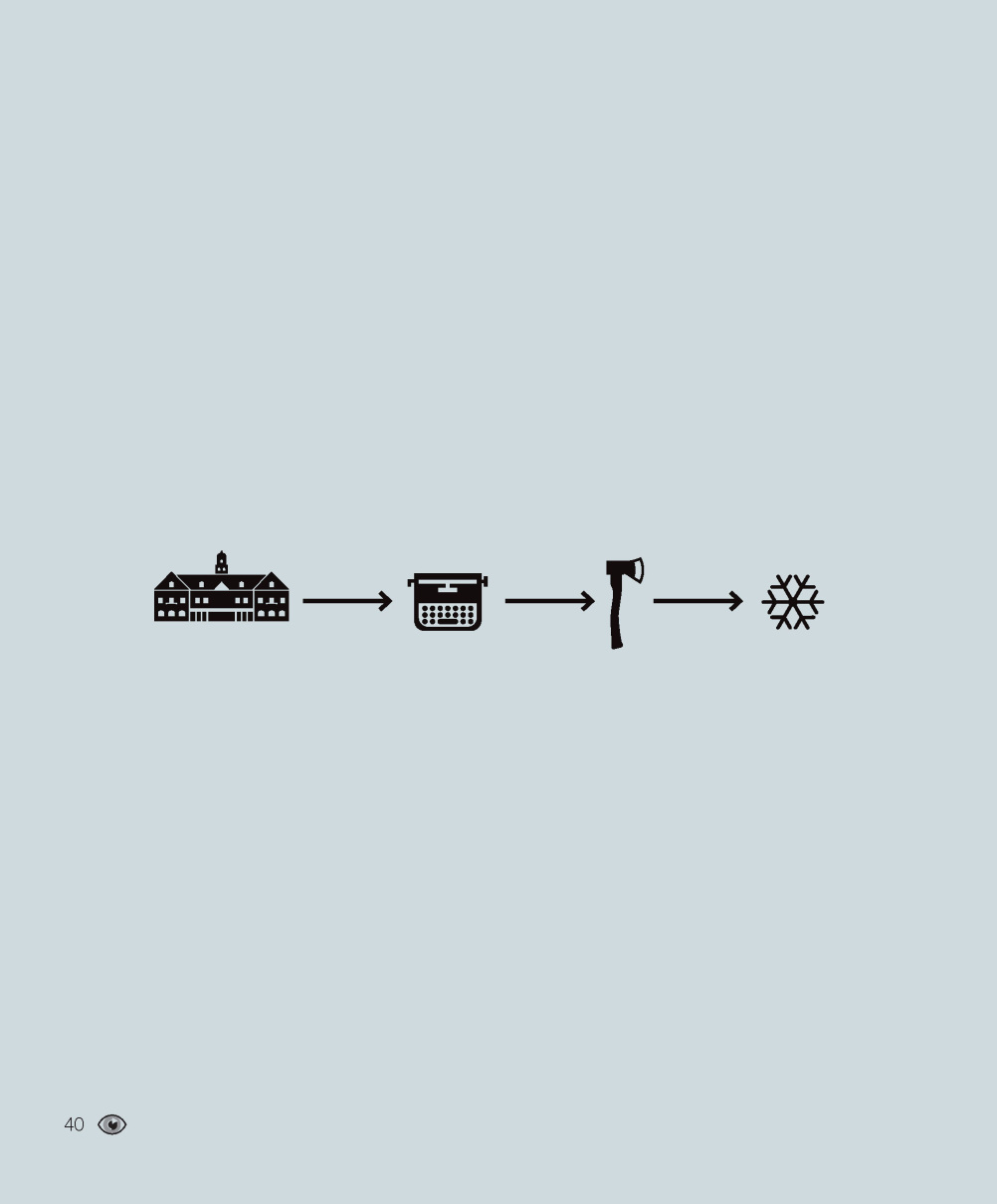 ‘Let’s Face it, life’s too short. Film in Five Secondslets you fast-forward to the best bits so you can enjoy all your favourite movie moments in – literally – moments,’ they say. 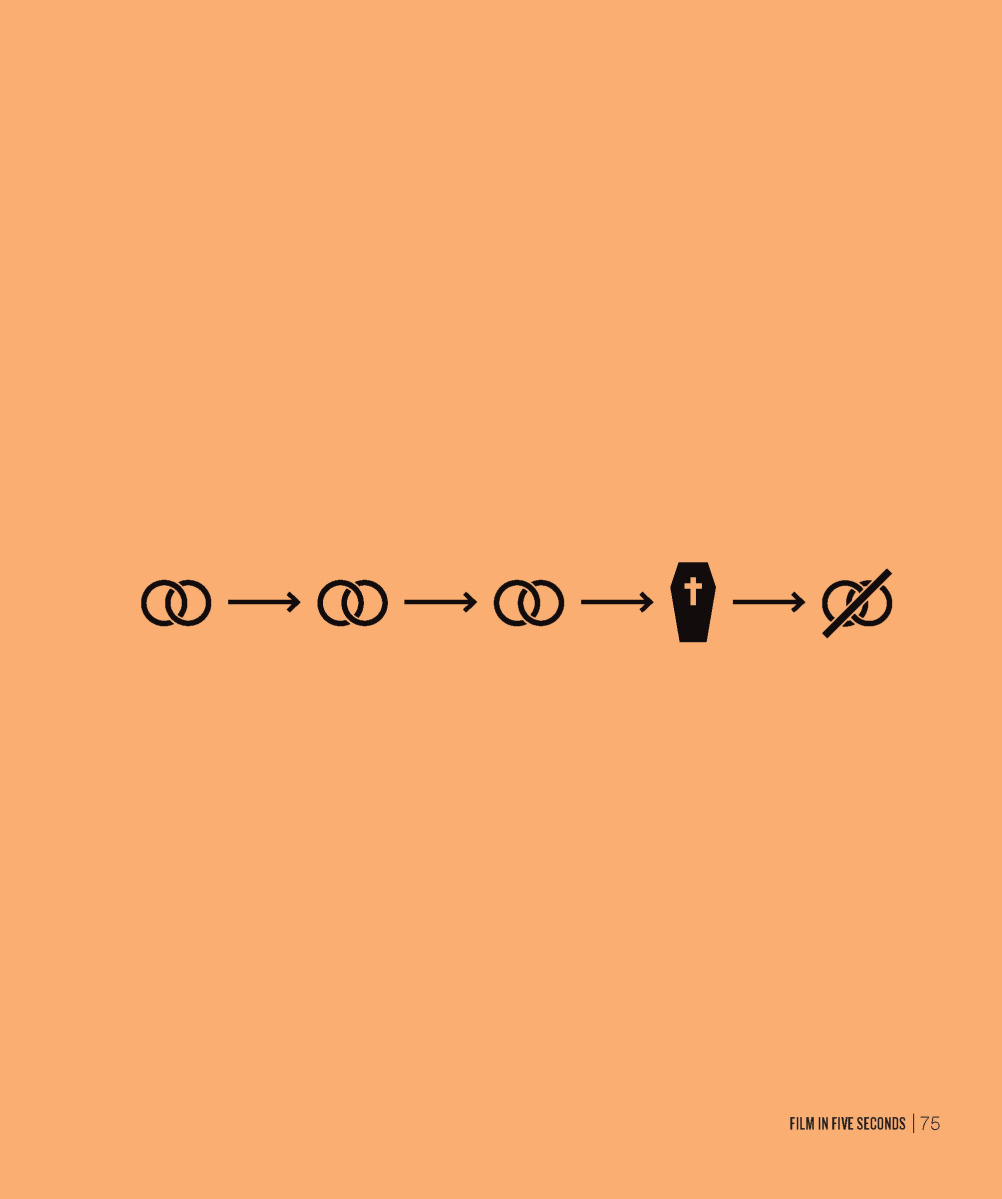 Film in Five Seconds is published on 7 November by Quercus, priced £9.99, as a flexi-hardback or e-Book. 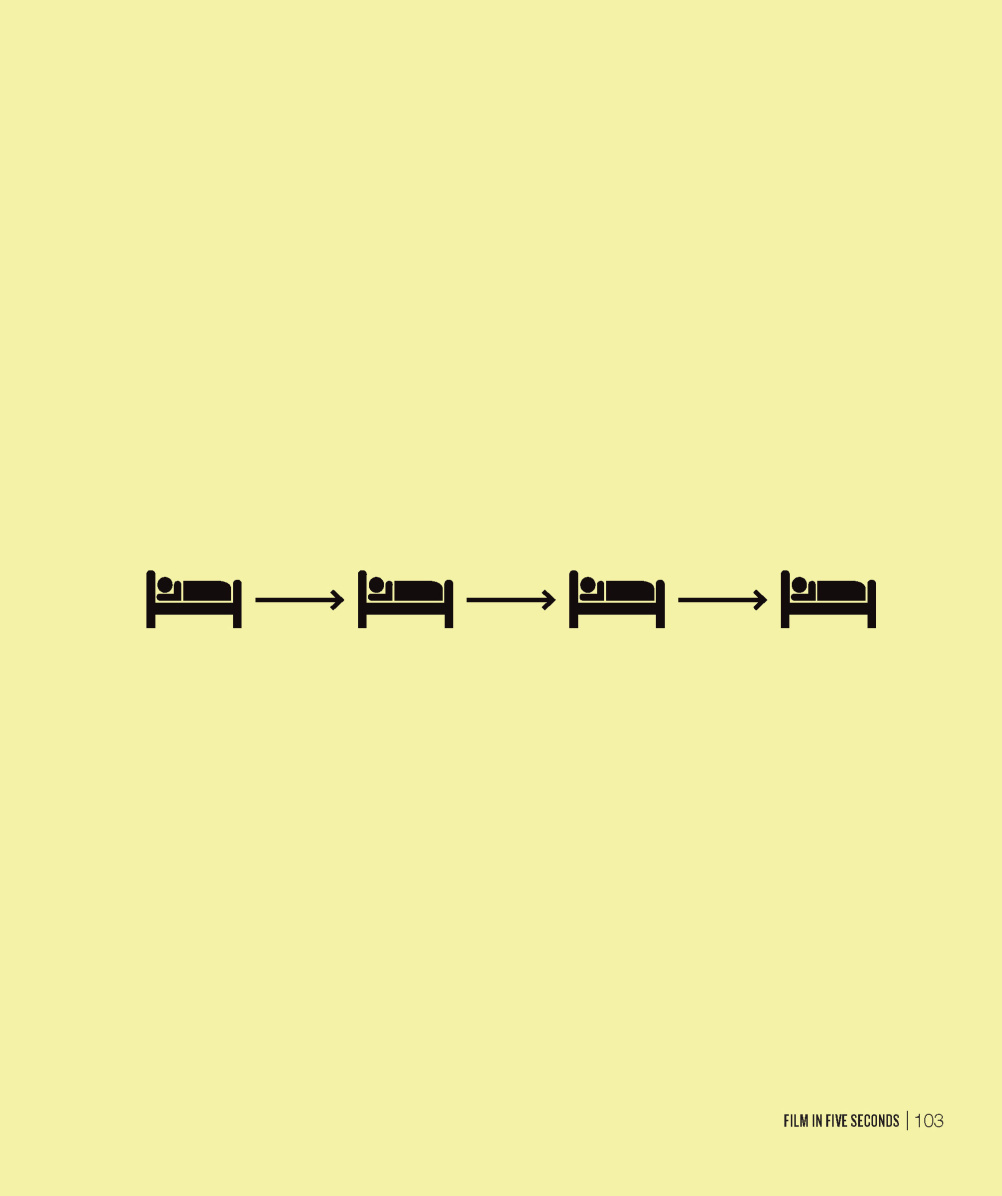 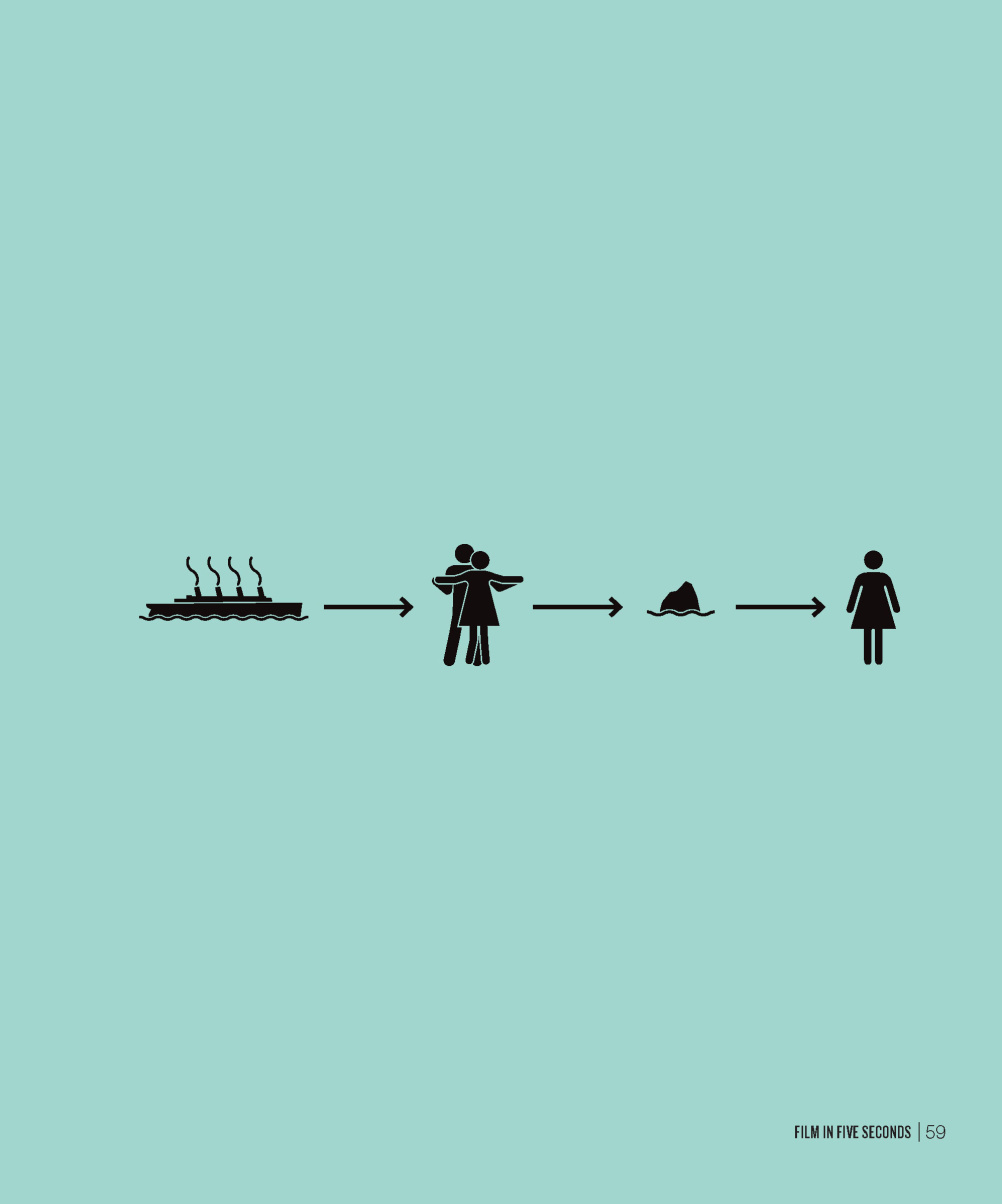 *Answers from top: Ghost, Ghostbusters, Lord of The Rings, The Shining, Four Weddings and a Funeral, Inception, Titanic.