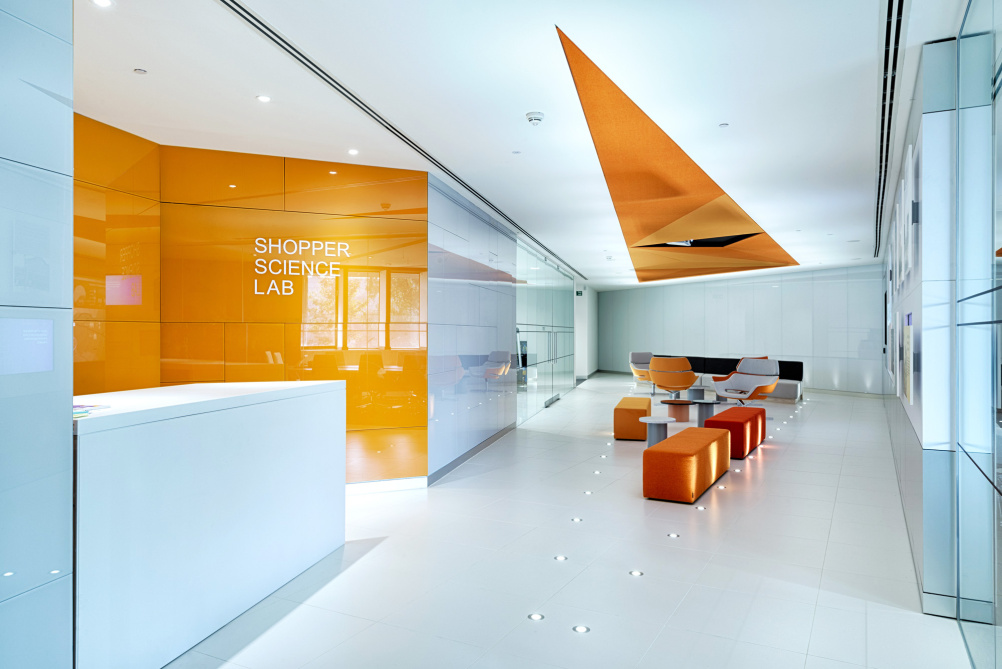 The Shopper Science Lab, located in Brentford, is ‘the most advanced shopper insight facility in the world’ according to Pope Wainwright, which has designed a facility to provide in-depth understanding of how and why shoppers make decisions and what influences their choices. 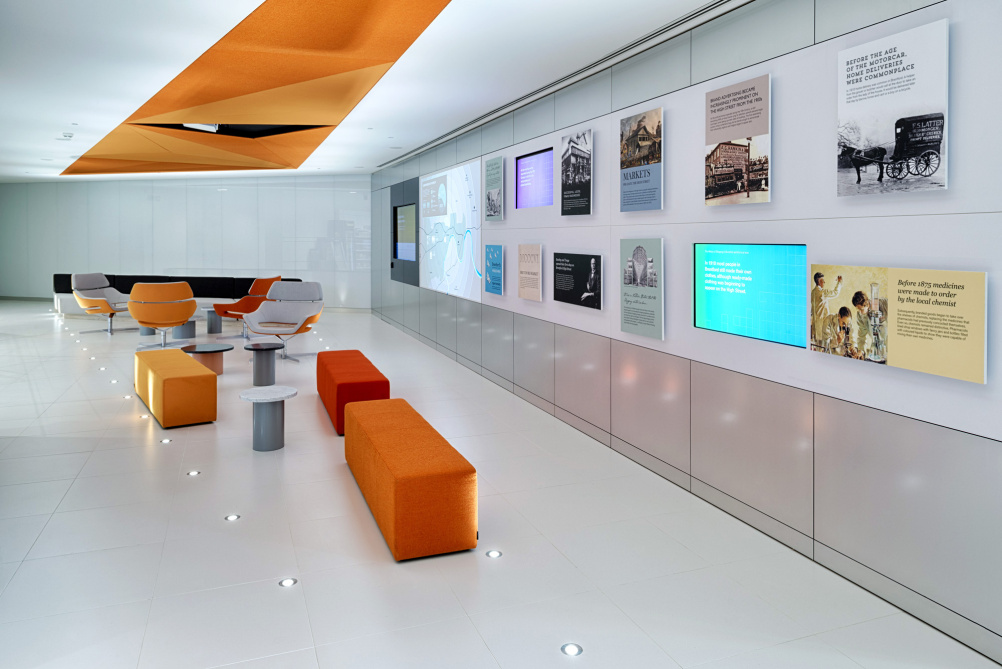 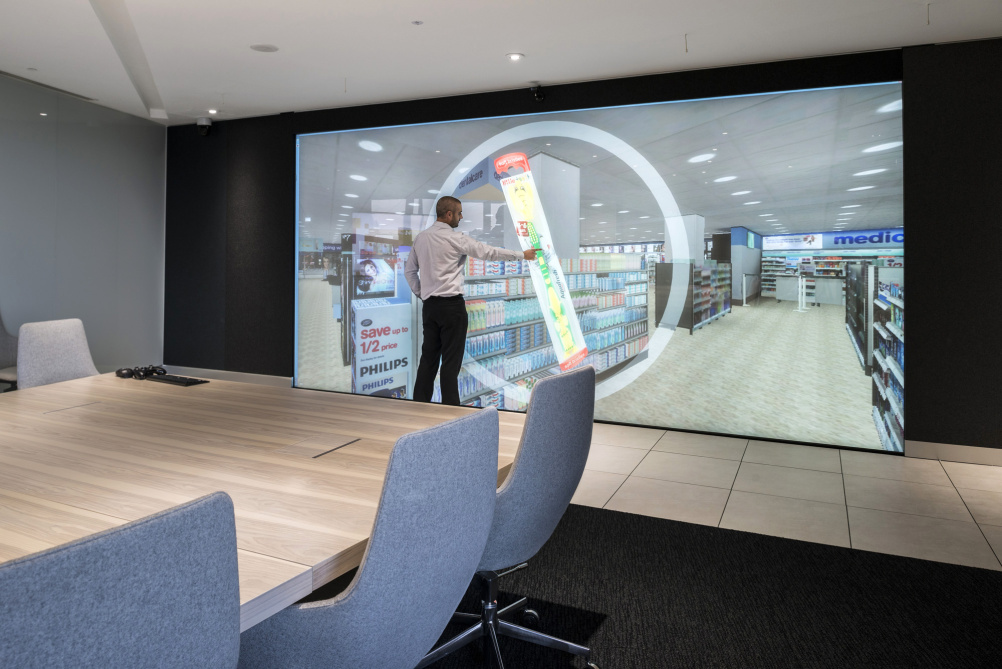 Pharmacy, retail and focus group environments have been created where shopper behaviour can be analysed using mobile eye-tracking technology and other biometric tools. 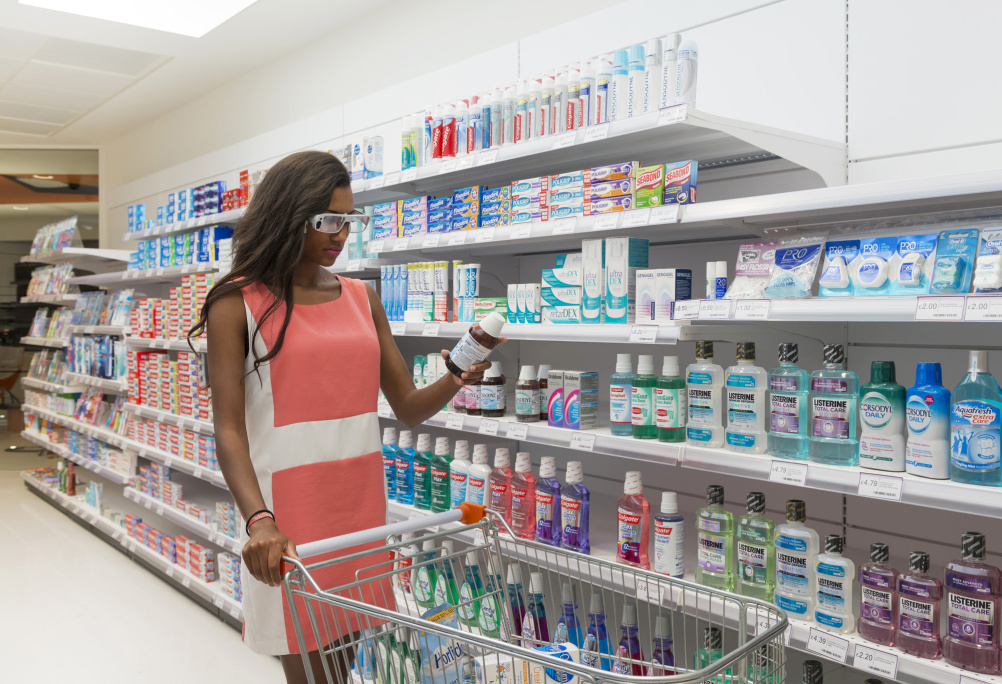 Pope Wainwright says it worked closely with the GSK Shopper Science Lab to create a consistent design language across all touch points from identity to internal communications, signage and facility guides.

‘The design language and the direction reflects both innovation and the science behind the GSK brand’, says the consultancy.

The Human Performance lab, also located on the Brentford site, is ‘the world’s leading facility dedicated to extending the limit of human athletic potential via nutrition science,’ according to Pope Wainwright.

Design language in the Human Performance Lab reflects the themes of industrial science, and having state of the art science labs.

The labs are designed to be simple and future focussed to make a distinction between the two areas.