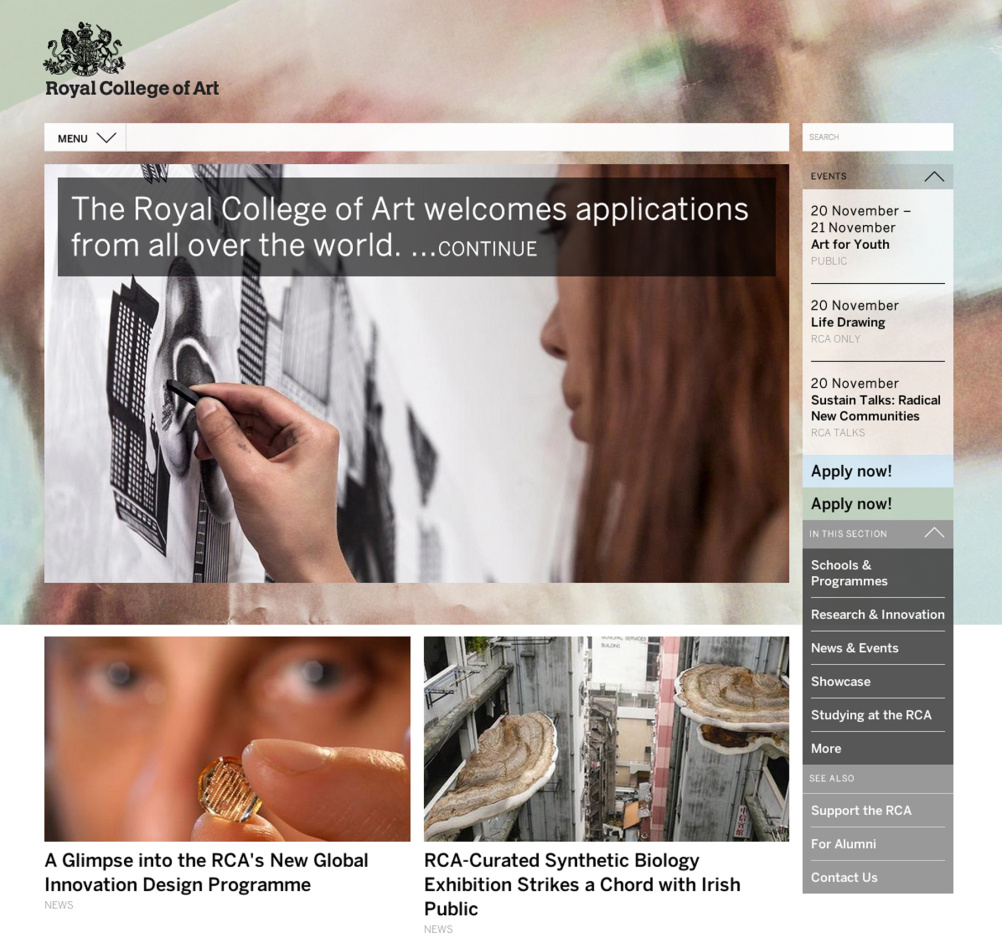 The project kicked off in January, and stakeholders from prospected RCA students to rector Paul Thompson were consulted, alongside design experts including Margaret Calvert. 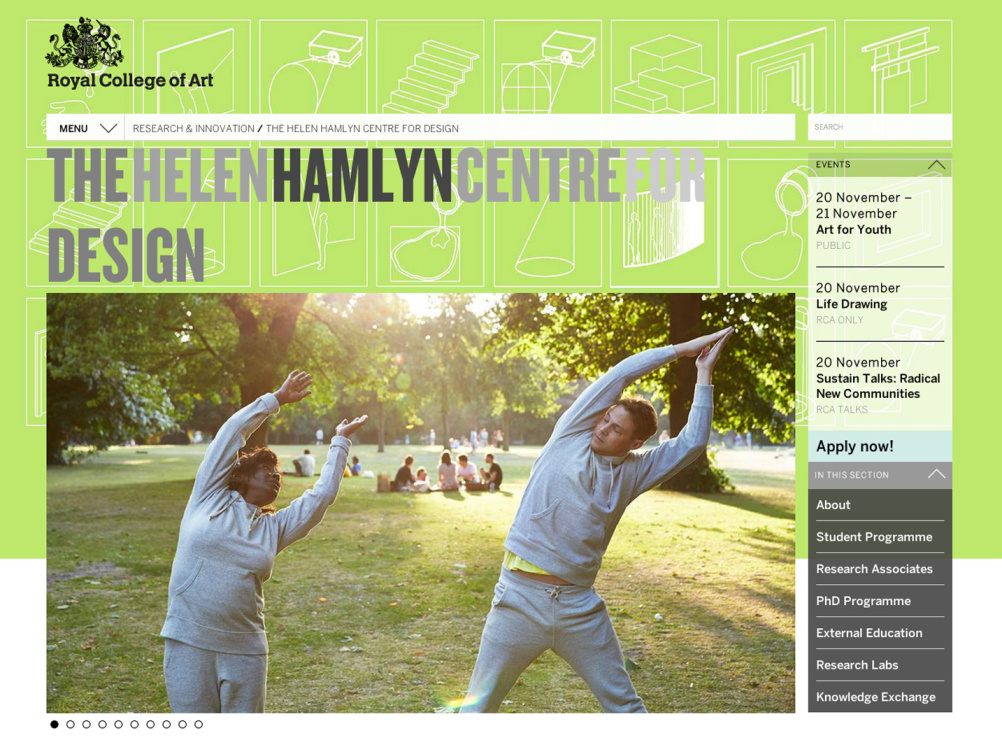 The new site aims to be more editorially driven, and features content such as reviews of key RCA events and a showcase of graduate work. There is also a greater emphasis on research activity.

Brody says, ‘The design of the new RCA website was anchored around a number of core driving principles, primarily those of modernisation, wider access, greater engagement with the user and increased emphasis on visual content. 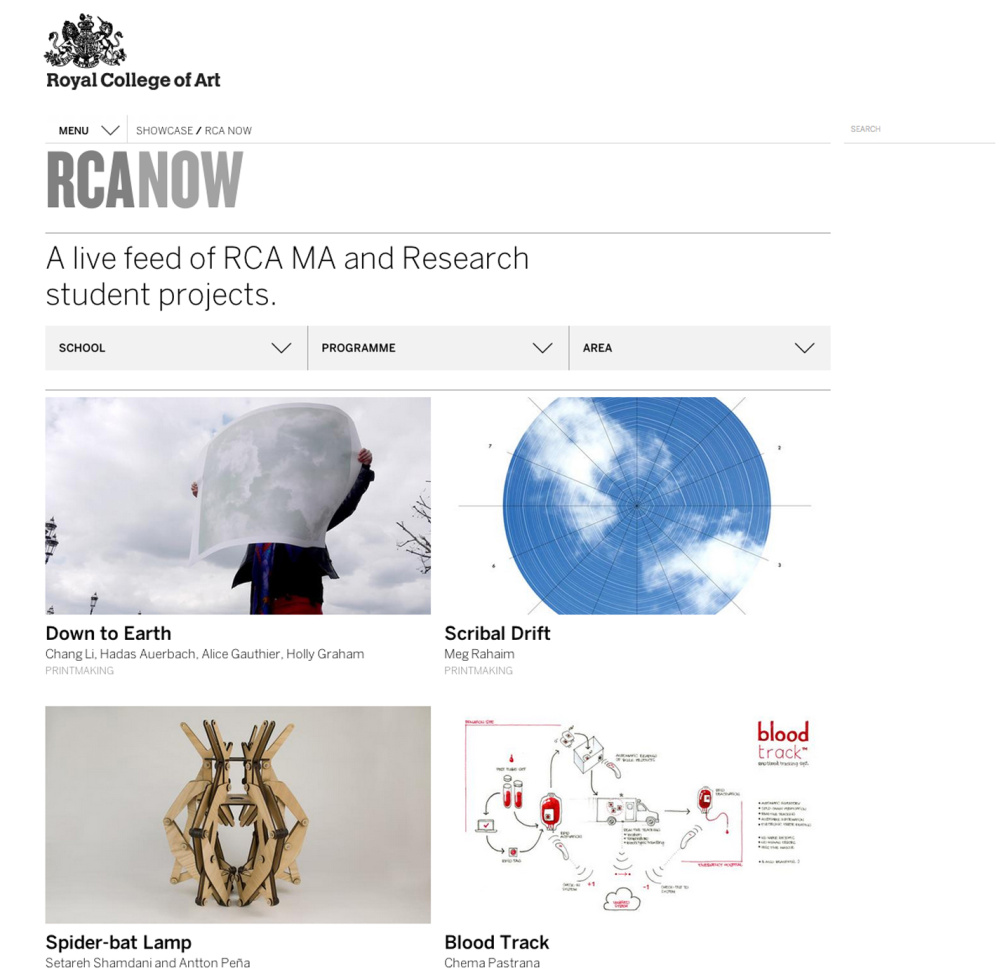 ‘The existing site was felt to have become limiting to the changing nature of the College, and out of step with its evolved ambitions. New technologies and enablement now allow for the necessity of greater flexibility and adaptable scaling across platforms.’

The new site also builds on the new RCA identity developed by Brody and Research Studios, which launched at the start of this year. 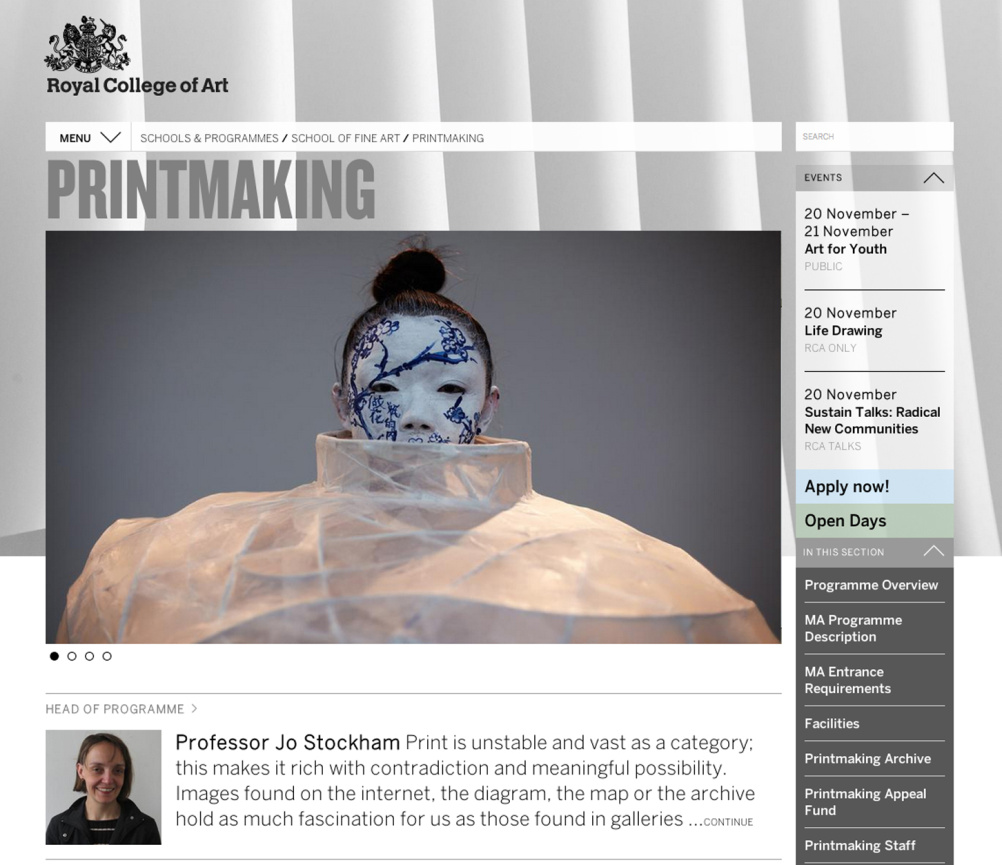 It uses a set of universal patterns and common ingredients built around the new RCA crest and logotype lock-up, and the unified set of brand and sub-brand modules with their associated colour spectrum. 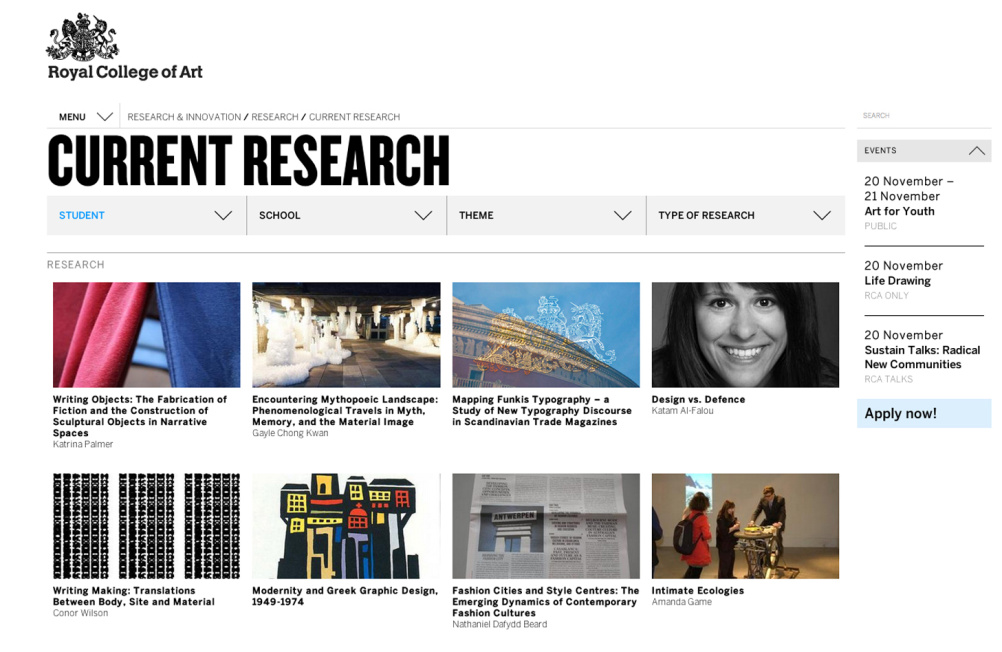 Octavia Reeve says, ‘The combination of Brody’s culturally informed graphic language and Torchbox’s rigorous stakeholder research has produced a design that is visually and functionally effective, and exposes the vibrant inner life of the college.’