The die-cutting machine features a range of Bar-designed stencils, and allows people to create their own negative-space artworks using a range of materials.

For the new show, at London’s Rook & Raven Gallery, Bar has created a new set of stencils, and will use them to create works from materials including flags, letters, photos and newspapers donated by people in conflict-hit countries. 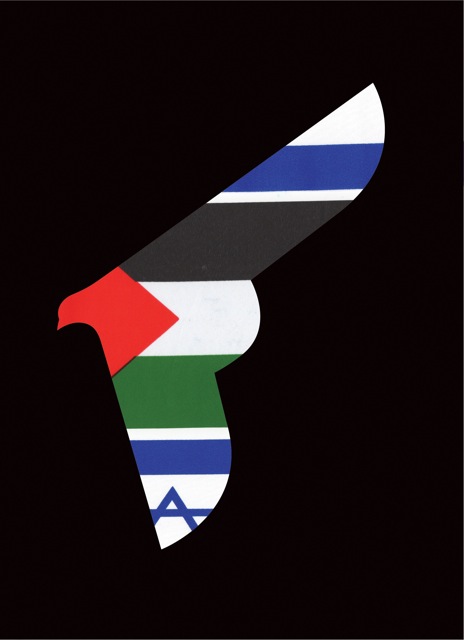 One of the first works Bar has created for the show is a gun/dove, made using flags from Mahmood Mubarak in Bethlehem, Palestine and Arik Prussak in Jerusalem, Israel.

Other works include a soldier with a heart revealed in the crook of his arm, which is used to bring together a map of North and South Korea. 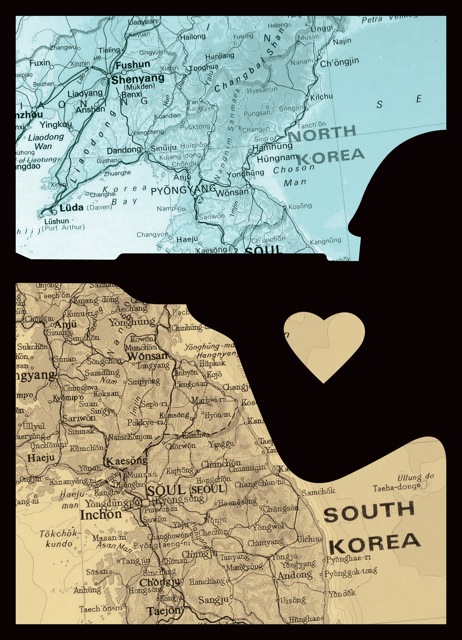 Bar has created around ten new stencils for the show, and will be cutting 30-50 new pieces to go on display. 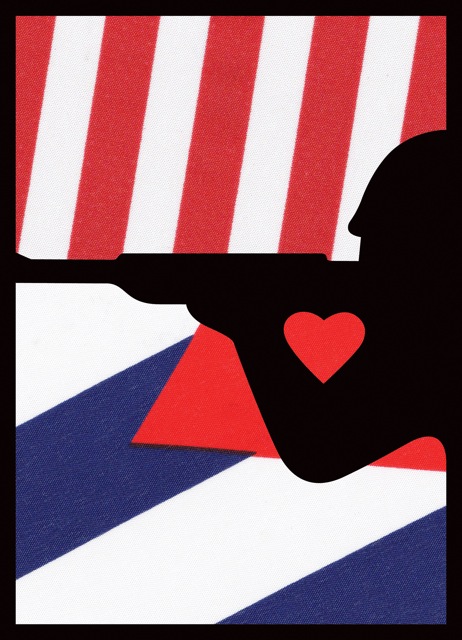