The pictograms have been created by and in-house team set up to deal with Rio 2016 graphics projects, and are inspired by the Games typeface, which was created by Dalton Maag.

Following initial research into each sport, the initial designs were hand-drawn. They were then redrawn on computer, to align with the contours of the Dalton Maag font.

The Rio 2016 team says, ‘The athlete bodies and sports equipment were built from the characters, or part of them, in a continuous stroke, with variations in thickness in order to give the impression of depth.’

The pictograms are placed in pebble shapes, which are ‘a characteristic of Rio 2016’s visual language’ according to the team, although they can be used both inside and outside the pebbles and in any colour.

The team says five months was spent getting the pictograms validated by the 42 international sporting federations.

Beth Lula, Rio 2016 brand director, says,  ‘The pictograms, from now until 2016, will serve as a communication platform for the promotion of the sports, for partner activations, and will be present in all the Games’ visual identity, including their application in venue decoration, signposting, tickets and licensed products, among other things.’ 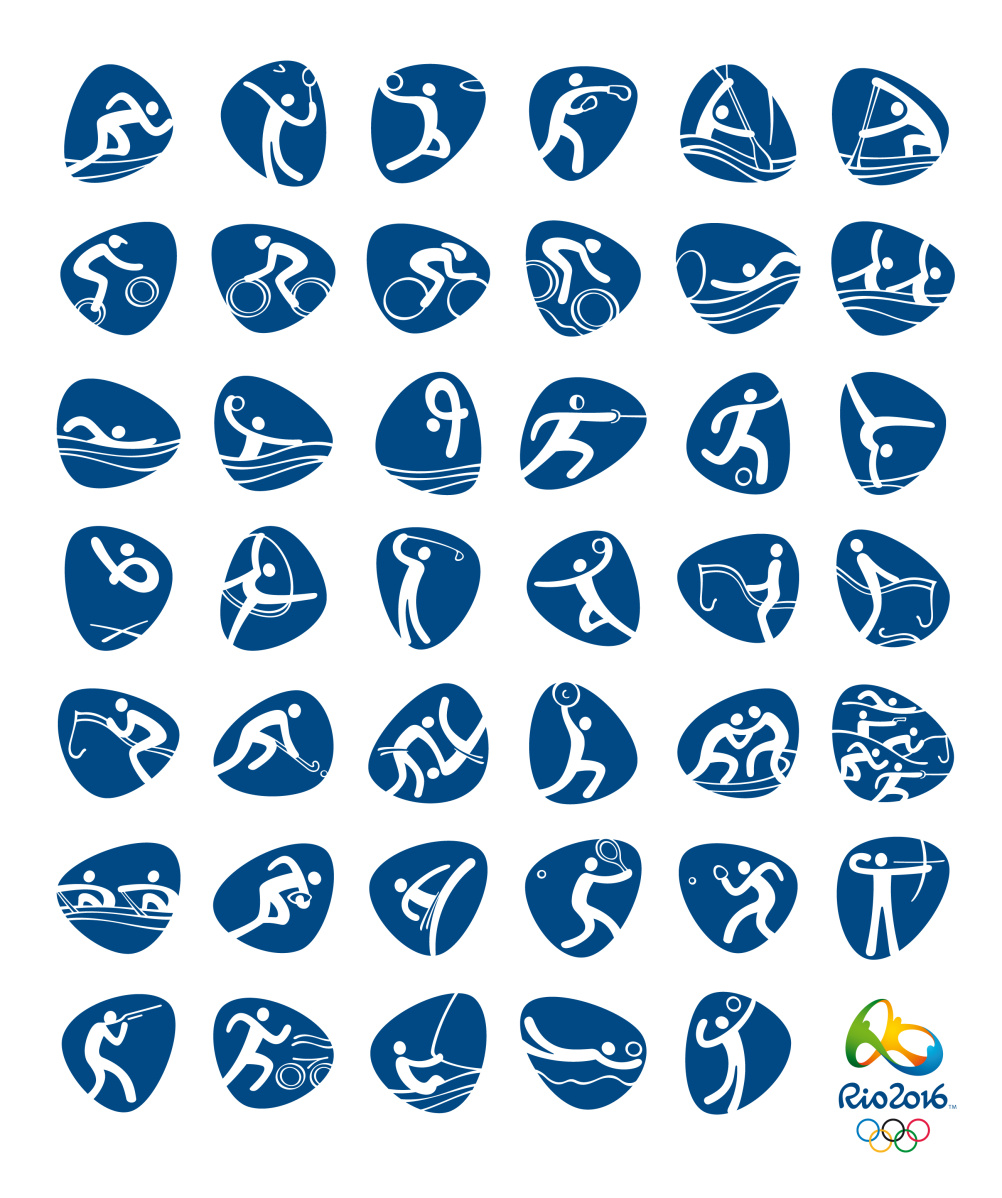