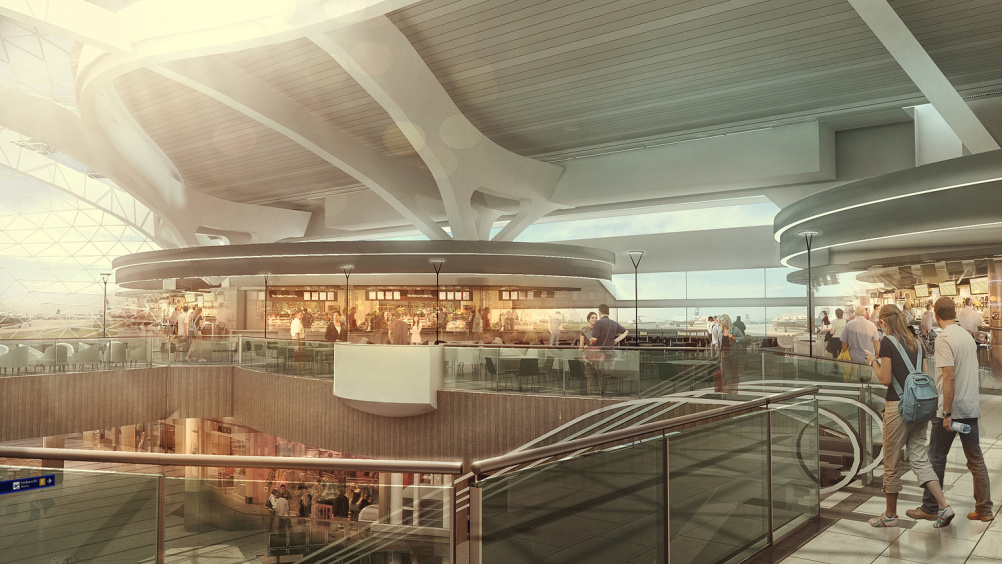 Founder and managing director of The Design Solution Robbie Gill says the airside post-security extension has been designed ‘to provide great shopping and eating experiences rather then just fit in with the function of an airport terminal’.

There will be 11,000m2 of new commercial space split across two levels, creating double-height shops – a first according to Gill, with the exception of a Rolex store which opened in Hong Kong International Airport in September.

Passengers will use an existing Terminal 3 check-in area – to be renovated in the future – and security area before crossing a bridge into the new extension. 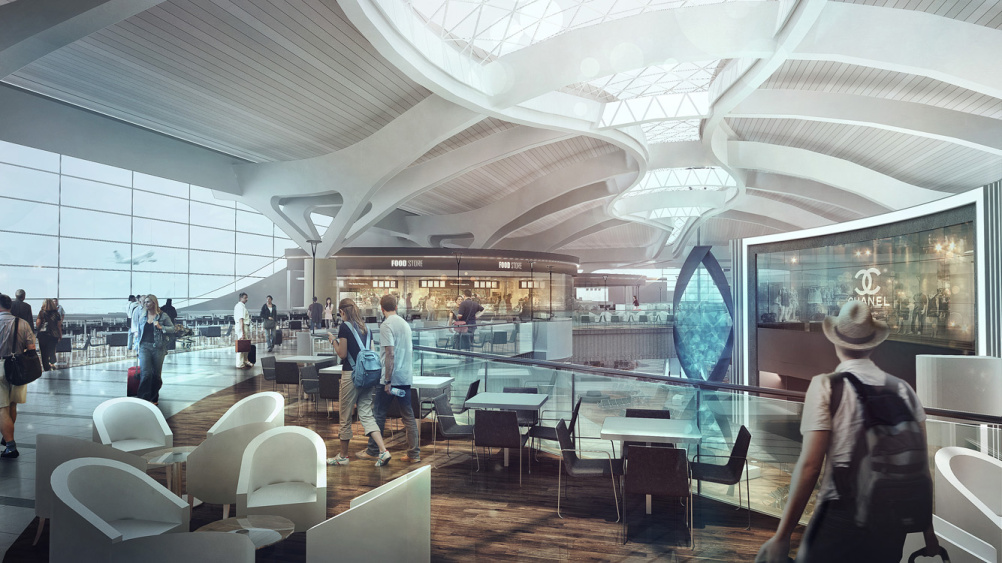 Having walked through a duty free shop, passengers travel the length of the galleries on both levels before exiting.

The ‘retail street’ has shops either side with seating in between and at the centre of the building a ‘piazza’ contains three of the double height ‘icon shops’ and a cafe-restaurant.

A mezzanine section offers cafes, restaurants and bars overlooking the ‘street’ below.

Gill says the design will provide ‘a new level of experience for passengers’ who after entering at one end and leaving at the other ‘will pass every shop on their journey.’

The contemporary design ‘has its roots and materials firmly bedded in the architecture of the city,’ says Gill. 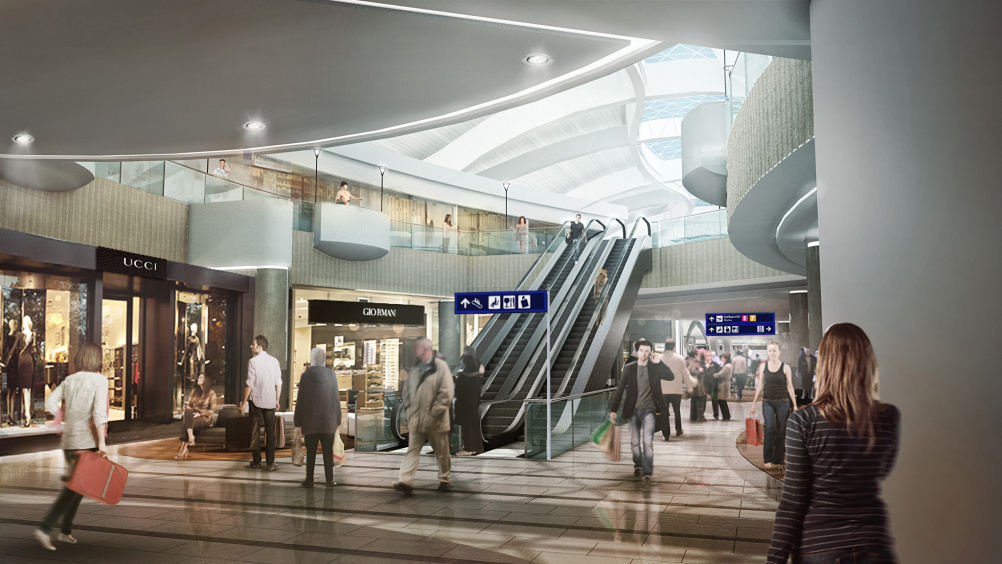 The architectural plans of the West Hub were designed by ADR and then taken up and developed by Studio Muzzi.

The project was started five years ago ‘but ground to a halt during the economic downturn’ causing a lull of three years before The Design Solution began developing the concept this year, says Gill.

Pick up the Thread

A is for anteater