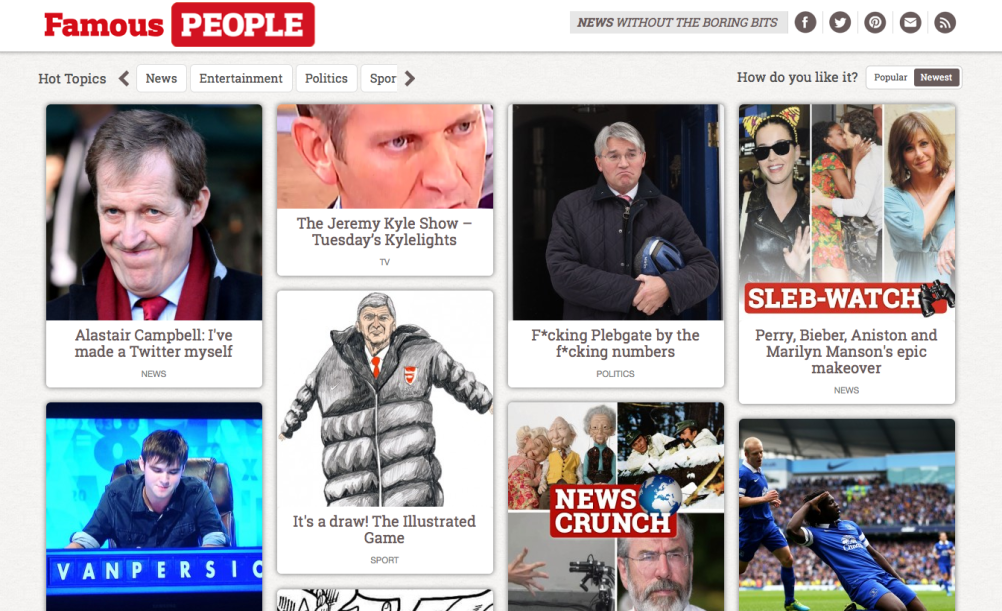 The website, at www.people.co.uk, has been designed by an in-house digital team, led by publisher Sue Douglas and editor in-chief Joely Carey, and the concept has informed the look.

People owner Trinity Mirror says, ‘Unlike its rivals, the People it isn’t a rolling news website; it’s more of a news companion.

‘Throughout the day it will deliver snapshots about news, sport, style, politics, entertainment and science alongside entertainment content.  In fact, you could call it a “cheat’s guide” to the world. It’s the need-to-know news of the day bolstered by witty and irreverent content.’ 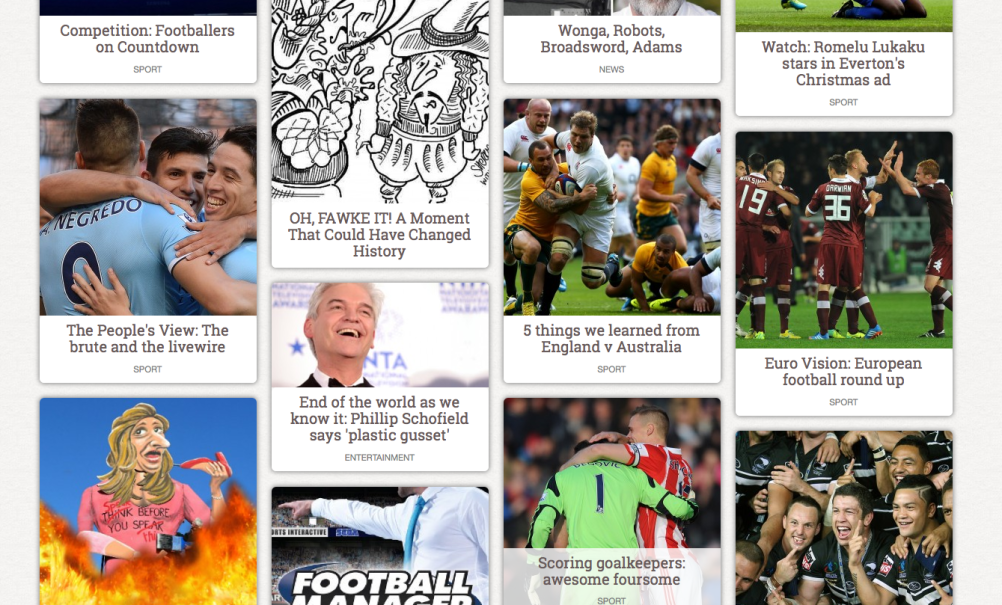 The identity at the top of the site flashes up words that prefix People, including ‘Famous, Funny, Real, Glam, Foodie, Fast and Sporty.’

It has been positioned as ‘a site with content that has mass appeal to people who want to be informed andentertained. In other words, they don’t take themselves too seriously,’ according to Trinity Mirror which says the People website is part of the publisher’s drive to ‘increase the company’s digital footprint.’