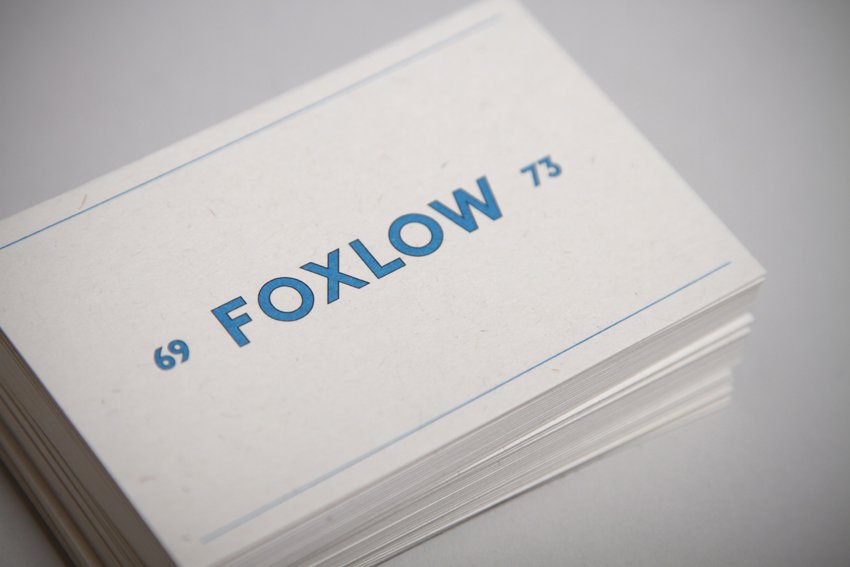 The Plant founder Matt Utber says the aim of the Foxlow launch is to create ‘a neighbourhood restaurant’.

He adds, ‘The identity is all about the location, it’s about giving it a neighbourhood feel.’

The Foxlow name has an indirect link to Hawksmoor. Utber says, ‘Foxlow is a valley with foxes, where as Hawksmoor is obviously a moor with hawks, so it feels like they’re from the same family.’

The Foxlow identity features a link to the location, with the inclusion of street numbers, and also references Victorian retail designs, such as butcher’s shops.

A large clock has been installed on the restaurant frontage, while maps of the local area feature as collateral and are also framed and hung in the restaurant.

The typeface is based on British humanist faces, according to Utber, while a ‘simple’ graphic device has been developed for use throughout the identity.

Other touchpoints include bound menus and swing-tags printed on thick sugar-paper.