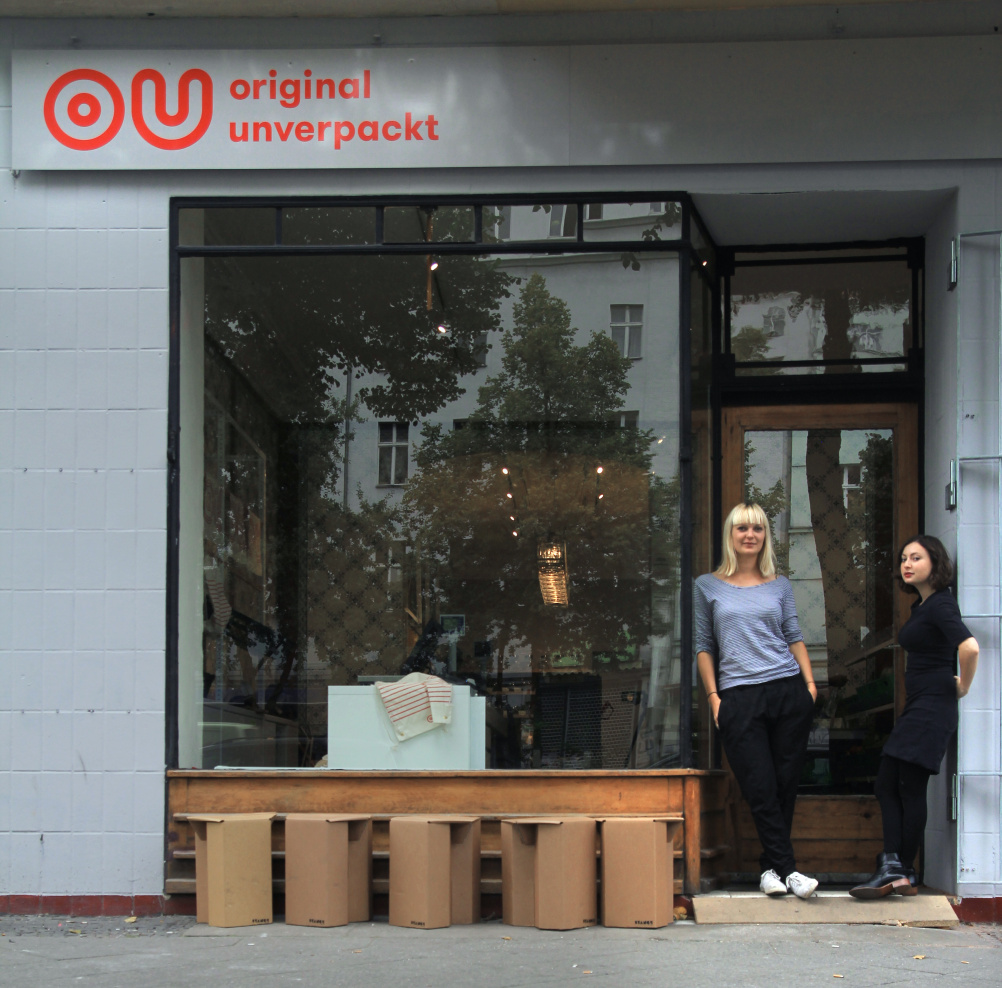 Food and drink is kept in hoppers, jars, bins or bottles, and shoppers can choose pick up just the amount they need, using either their own containers or recycled containers they borrow from the store. 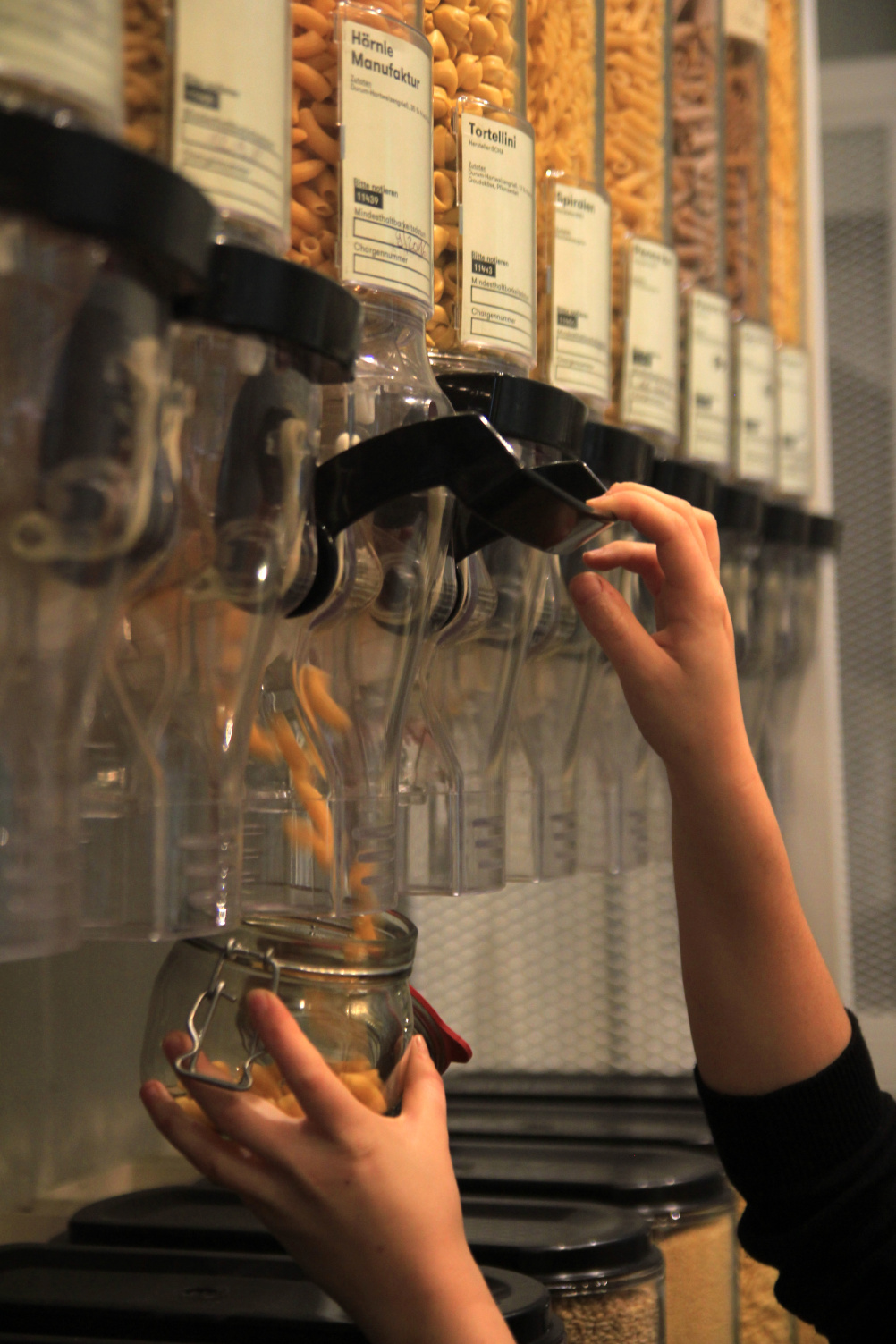 The store founders – Sara Wolf and Milena Glimbovski – say: “No disposable cups, no vacuum-packed vegetables, no plastic bags in cardboard boxes and no Tetra packs.” 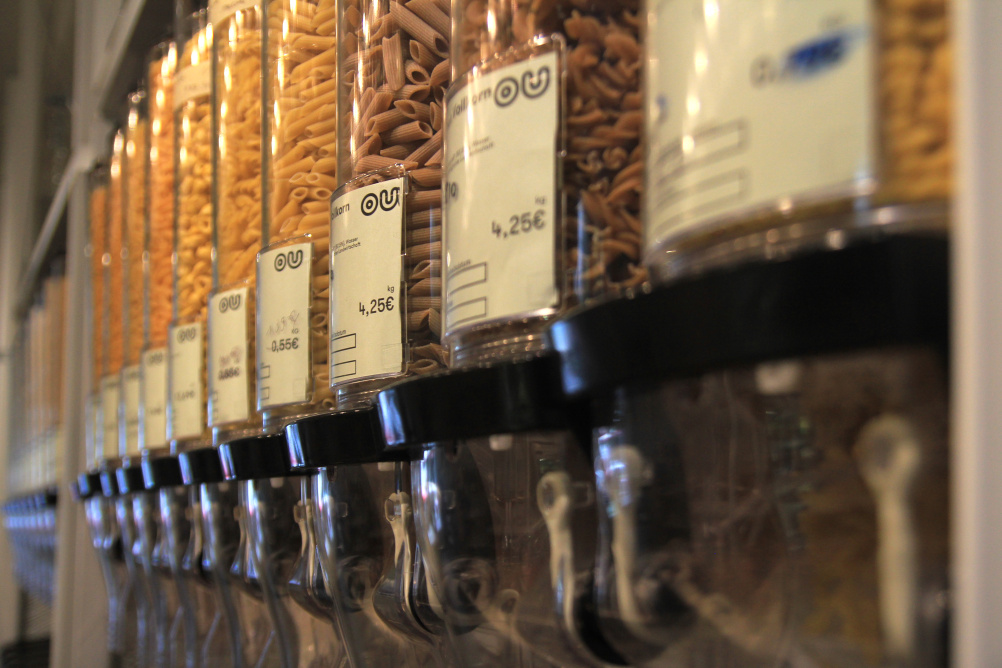 Wolf, a former UN worker, and Glimbovski, a communications designer, have been working on the concept for the store since November 2012. Earlier this year they launched a Kickstarter project which funded the opening of the Original Unverpackt branch in Berlin’s Kreuzberg. 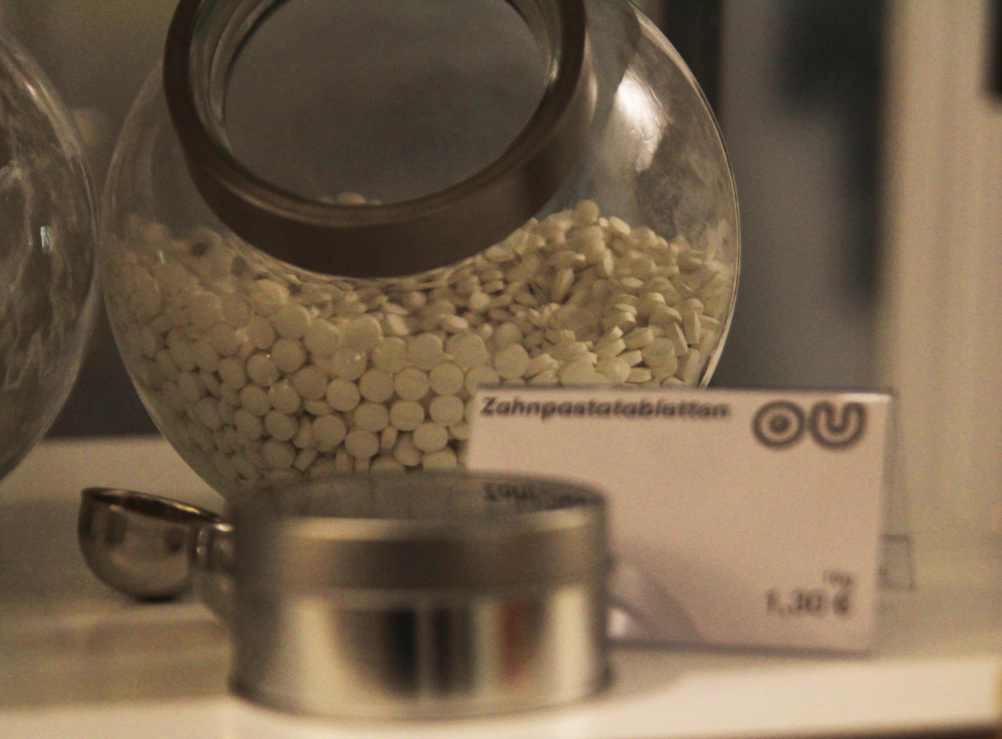 Having both worked on sustainability projects, the pair say they were spurred into action by the fact that around 16 million tonnes of packaging are sent to landfill every year in Germany.

Glimbovski says: “Instead of enriching the world we just fill it up and end up harming ourselves – it is important to rethink this.” 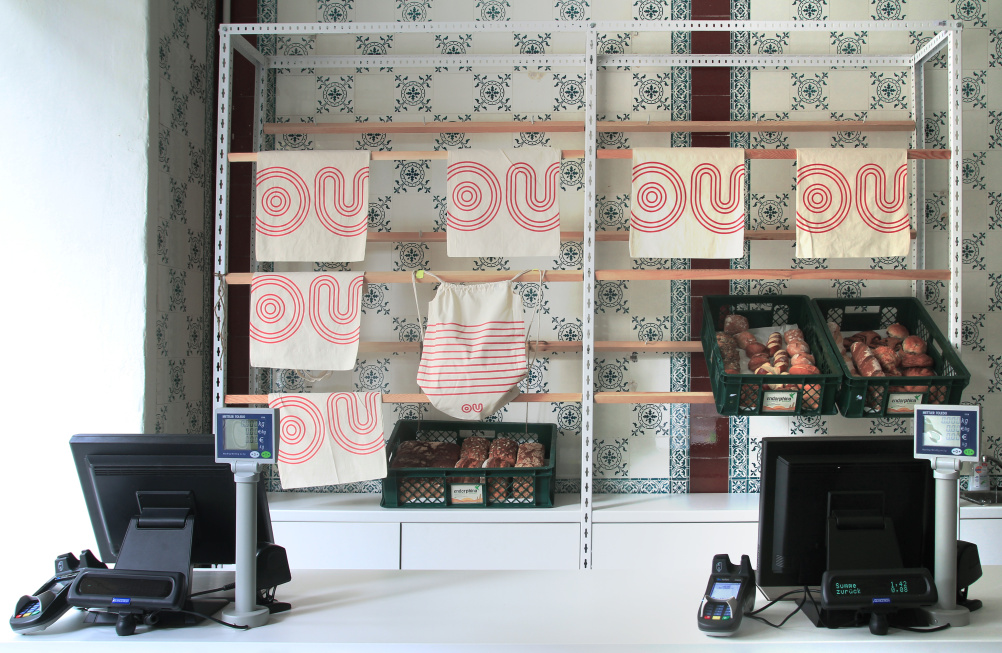 The stripped-back store design is by architect Michael Brown of NAU Berlin. 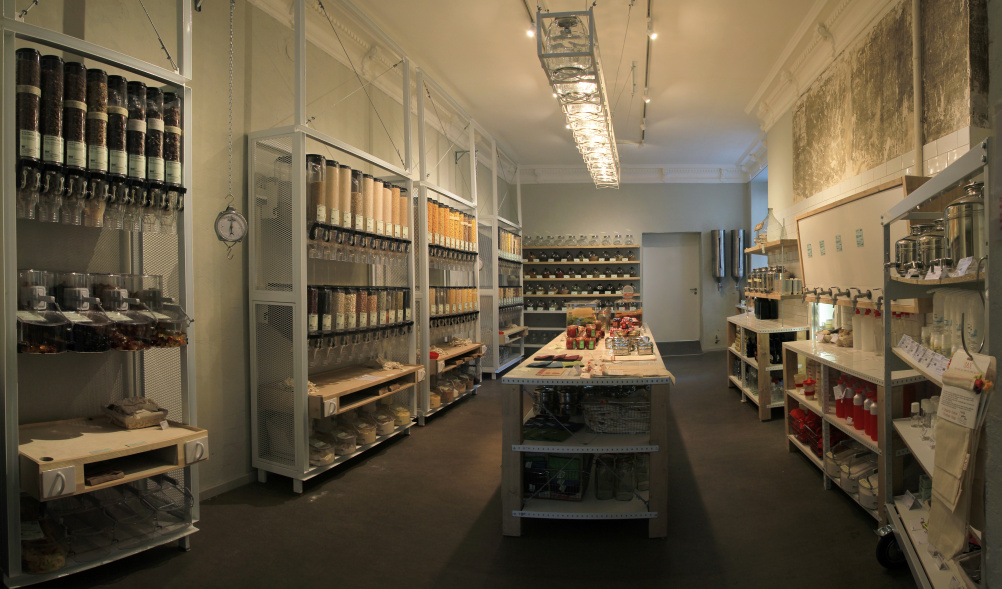 All photography by Jendrik Schröder.