Marvel Comics launched in 1939, and over the past 75 years has given birth to heroes including Spider-Man, the Incredible Hulk, Iron Man, Thor and the X-Men.

This fantasy line-up has been matched by a real-life roster of greats employed by Marvel, such as writer Stan Lee, and artists Steve Ditko and Marie Severin.

Taschen’s 75 Years of Marvel Comics, from the Golden Age to the Silver Screen, is written by former Marvel editor Roy Thomas and art directed by Josh Baker.

As well as artworks from Marvel comics, it also features behind-the-scenes photographs, film stills and images of rare toys and collectibles.

Taschen says that as well as highlighting well-known stories from the 1960s “Marvel age of comics” the book will also reveal some lesser-known tales.

This includes the rarely-explored “Atlas era” of the 1950s. Taschen says: “Yes it’s horror and sci-fi, westerns and romance – very few super-hero comic books were done in the ‘50s. But the art is top-notch, illustrating a developing mastery of storytelling across all the genres of fiction – and much of it done under the strict, watchful eye of the newly implemented Comics Code Authority.” 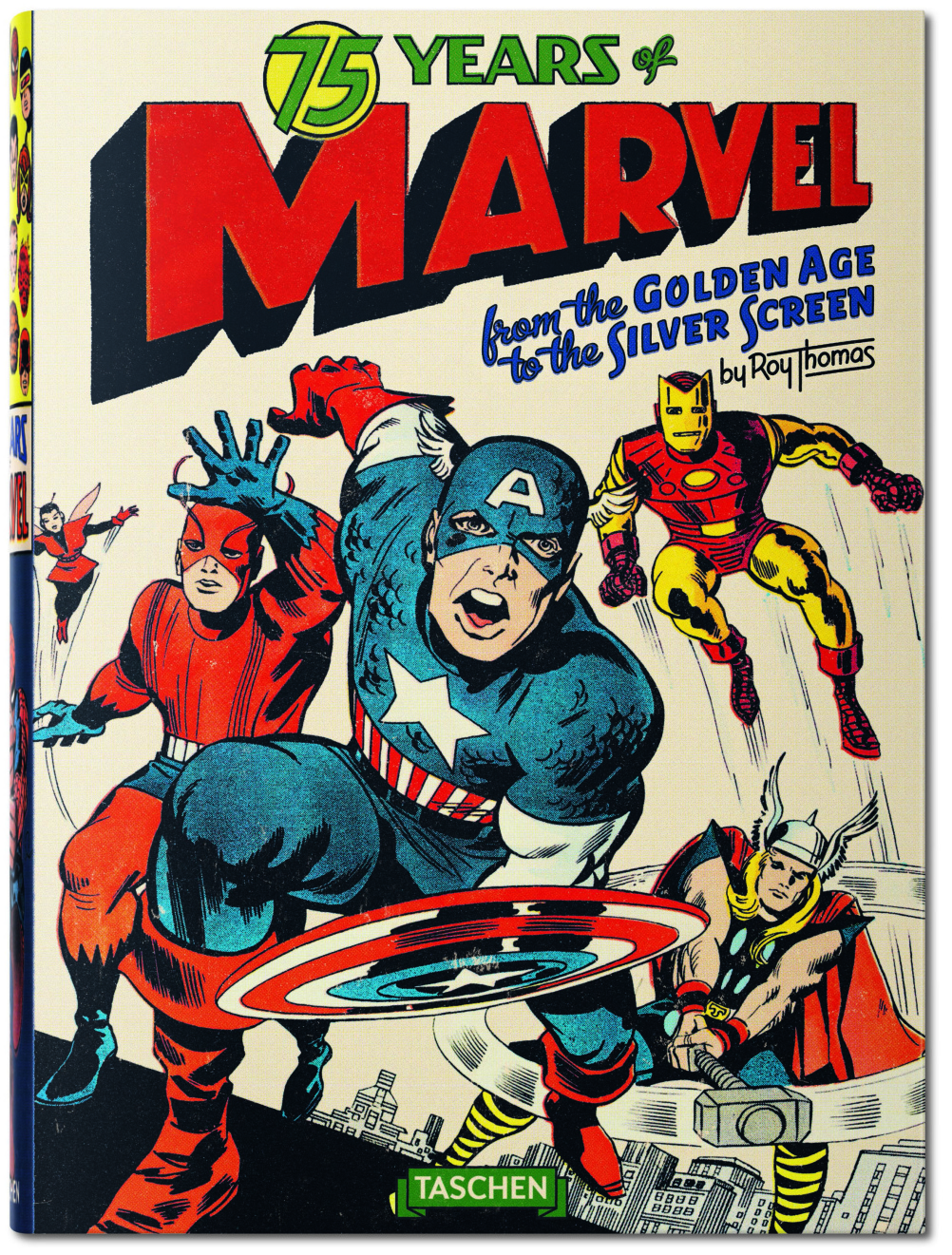