The collection produces all of Fleming’s works, as well as new work by authors such as Kingsley Amis, Sebastian Faulks and William Boyd. Consultancy Webb & Webb Design has been working on the redesign since November of last year.

James Webb, director of Webb & Webb Design, says that the team was tasked with taking the brand focus off of James Bond and on to the writer’s work as a whole. 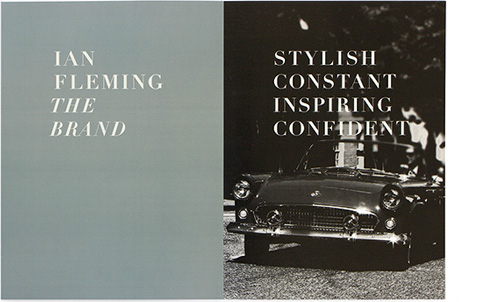 “We wanted to get Ian Fleming away from 007, and more towards Ian Fleming the author,” he says. “It’s an overarching umbrella brand looking at all his literary works, including the non-fiction. The 007 roundel works fine for a Bond novel but on other works the identity is stripped back to just a circle that means absolutely nothing and which misses out on a key branding space.”

The encircled 007 logo is being replaced with a doctor hummingbird, the national bird of Jamaica, with Ian Fleming’s signature printed underneath, and will feature on the back of books and their title pages. “Fleming was a keen bird watcher, and also grew up in Jamaica,” Webb says. “He also named James Bond after an ornithologist.” 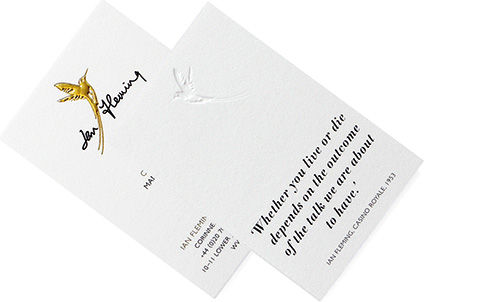 There is a reference to the doctor hummingbird in Fleming’s 1960 novel “For Your Eyes Only”. “The theory was to look at product lines, particularly ones mentioned in his books,” Webb says. “We wanted to soften the signature, and use something that would work as an emblem, as a classy symbol.”

Webb & Webb has opted for Didot font for quotations, replacing Helvetica, to give what Webb describes as a more classically elegant and luxurious feel. “The sans serif was very literary, but perhaps not as ‘cool’ as it could be,” he says.

The only book of the collection to currently feature the new identity is Steve Cole’s novel “Young Bond: Shoot to Kill”. The redesign will be anticipated with product teasers such as cigarette lighters and aftershave, then rolled out across all of Ian Fleming Publications’ books and audio books, with a website rebrand to follow.