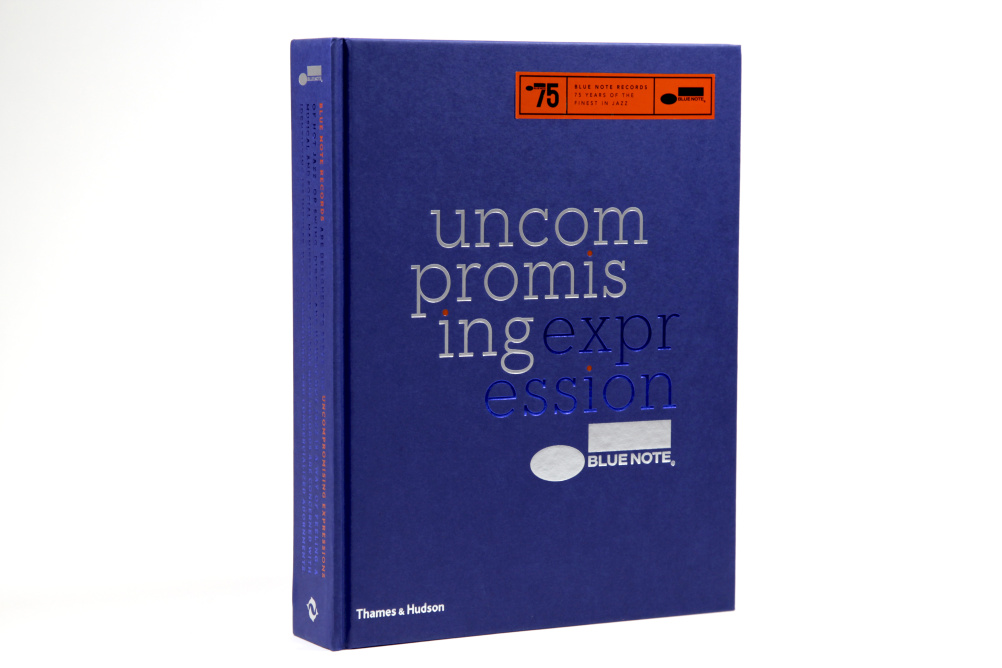 Some 75 years after the label started out, Thames and Hudson is publishing the first illustrated history of Blue Note Records, which it sees as both “the most influential and important brand in jazz” and “the coolest and best-known label”.

Charting the jazz evolution from boogie-woogie and swing in the 1930s through bebop, hard-bop, avant-garde and fusion to Blue Note releases today, the book follows the label’s rich musical and social history.

Most notably the beginnings of Blue Note were born out of a desire to seek out Uncompromising Expression as founders Alfred Lion and Frank Wolff came to America as immigrants escaping Nazi Germany.

Blue Note artist Wayne Shorter says: “By capturing authentic musical expression in a place of freedom, a place where music, art, and poetry could freely flourish, they demonstrated the true meaning of democracy.”

The images selected for each chapter feel hugely evocative of the period they represent.

There are some wonderful photographs of New York jazz musicians in the 1930s, which really capture the energy and optimism of the music, generally performed in smoky low-light recording studios or in live venues.

In the early days the photography of co-founder Wolff and the sleeve designs by Paul Bacon and Reid  Miles led in no small way to the label’s success.

The book features original contact sheets and unpublished photographs by Wolff including cover shots crop-marked in chinagraph pencil by Miles.

The sleeve designs of the 1950s are particularly nice. Many of these were done by Bacon, the label’s first designer of long-playing records who is credited with providing an important link between early album cover designs and the bolder style of Miles that followed.

There are some lovely single colour examples designed by Bacon, which combine a range of typographic, photographic and illustrative approaches.

More so Reid Miles’ designs – from later in the 50s – show a hugely experimental approach.

The book has been written by Universal Music Group jazz consultant Richard Havers.

Blue Note: Uncompromising Expression: 75 Years of the Finest in Jazz is published by Thames and Hudson, priced £48.