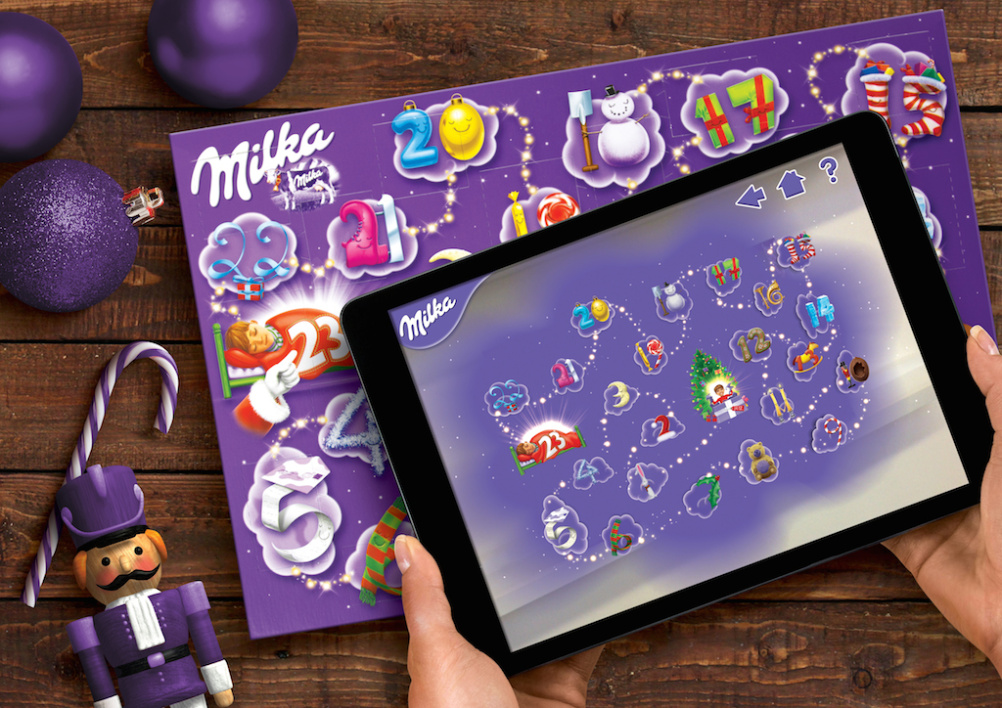 Taxi Studio has created an augmented reality advent calendar for Milka. Offering much more than just chocolate, behind each door lies games, videos and images that can be accessed when you scan a tablet or smartphone over them with the accompanying iOS or Android app. Play Nicely developed the app and games to go with it, while Adjust Your Set worked on the digital content strategy, narrative tone and illustration. 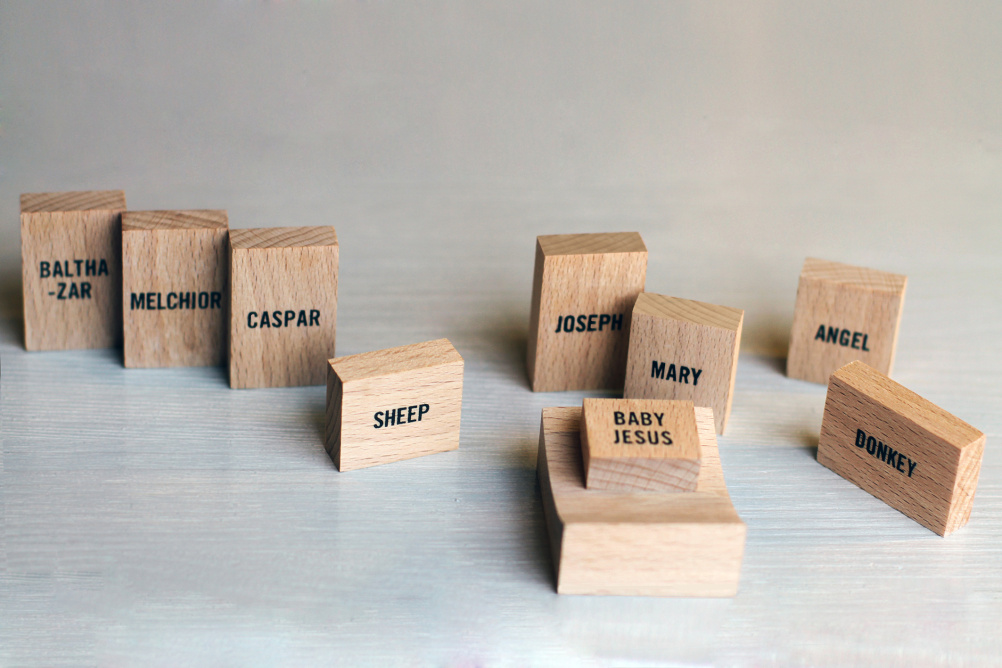 Designer and artist Emilie Voirin has designed a nativity set to pop under your Christmas tree – but there’s not a Baby Jesus figurine in sight. Instead, Voirin uses a minimalist, various-sized wooden block and self-explanatory labelling effect – i.e., a small cube with the word “sheep” printed on it. 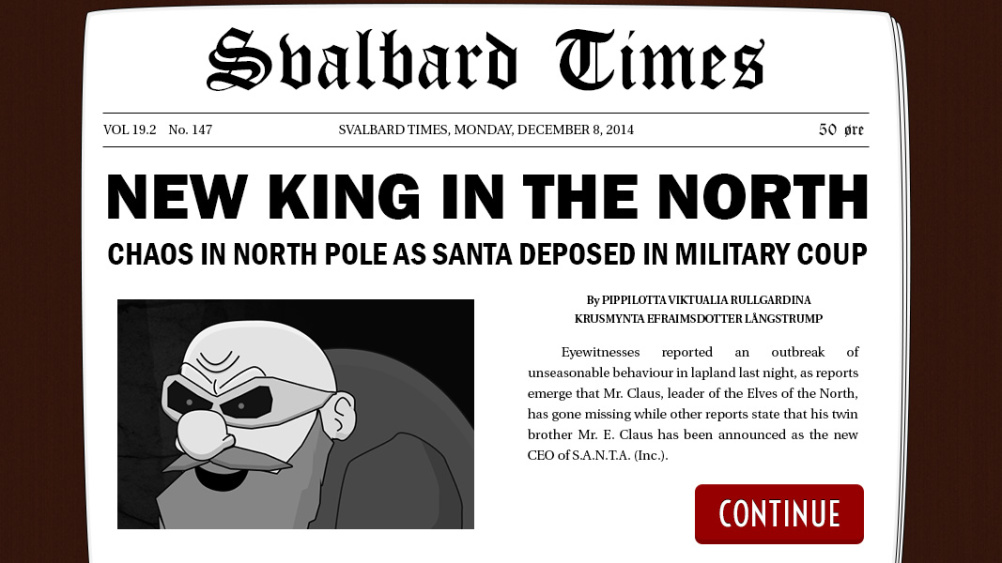 MMT Digital has developed a new platform game in follow up to one it released last year. Jetpack Santa 2: The Rise of Dark Santa, sees regular Santa jumping around the screen trying to collect all the parts of his jetpack that Dark Santa has so ruthlessly smashed to smithereens. There’s even a back-story to the whole affair, giving players a bit of insight into Dark Santa’s twisted psyche (if you fancy).

Studio Hansa has collaborated with Viasat Film to create some Christmas idents. The video shows various illustrated characters printed on Christmas wrapping paper coming to life, playing and interacting around somebody’s present-clad living room. Louis Neubert created the illustrations, which include the likes of Santa, reindeer and snowmen. 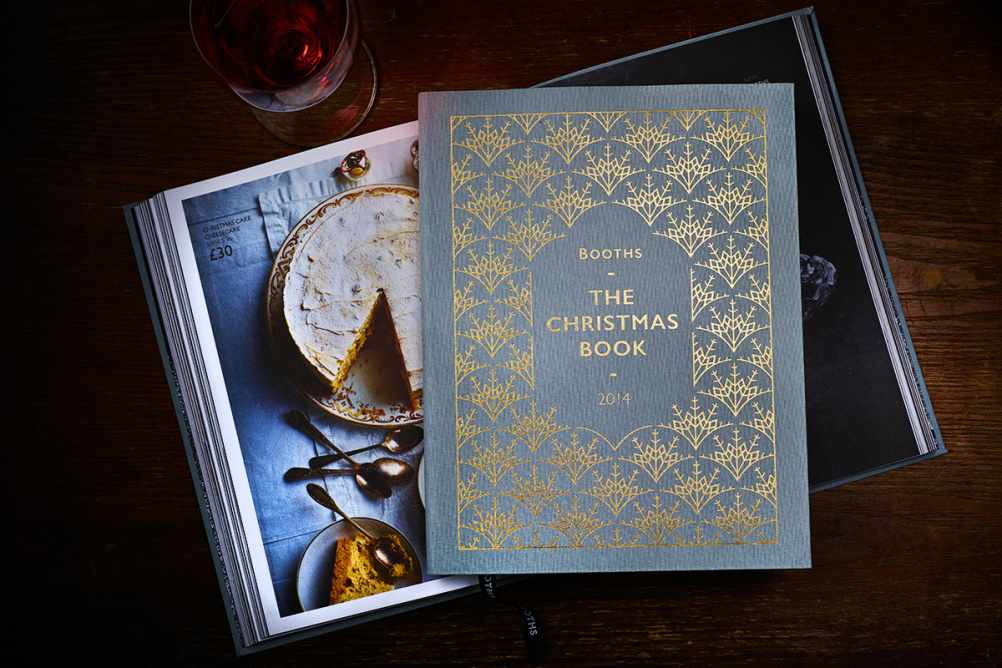 Consultancy Smith &+ Village has designed a festive book for food and wine retailer Booths. The Christmas Book is free for customers, and offers a catalogue of products available, as well as Christmassy recipes and tips for throwing good gatherings. The front cover has an art deco design and is made of canvas – encouraging readers to keep it year on year. 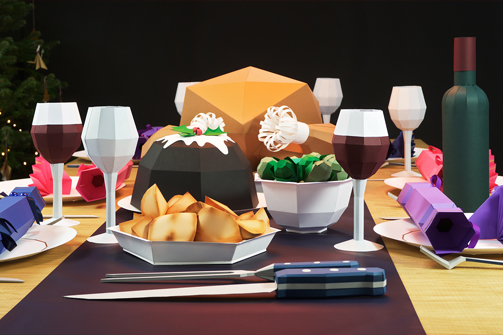 Consultancy The Team has created a full-sized Christmas dinner made entirely of paper as part of a campaign to raise money for Southwark Foodbank. GF Smith provided the paper, and members of The Team then spent three weeks transforming it into turkey, sprouts, roast potatoes, carrots, parsnips, pigs in blankets, wine, gravy, Christmas pudding, plates, cutlery and glasses – they look good enough to eat. The image is featured on the consultancy’s Christmas e-card and it has followed the project up with a Twitter campaign and by donating £50 daily to Southwark Foodbank.