Self-loathing and homeware are seemingly unlikely and unconnected themes but musician, poet and visual artist Keaton Henson has seen a parity between the two. 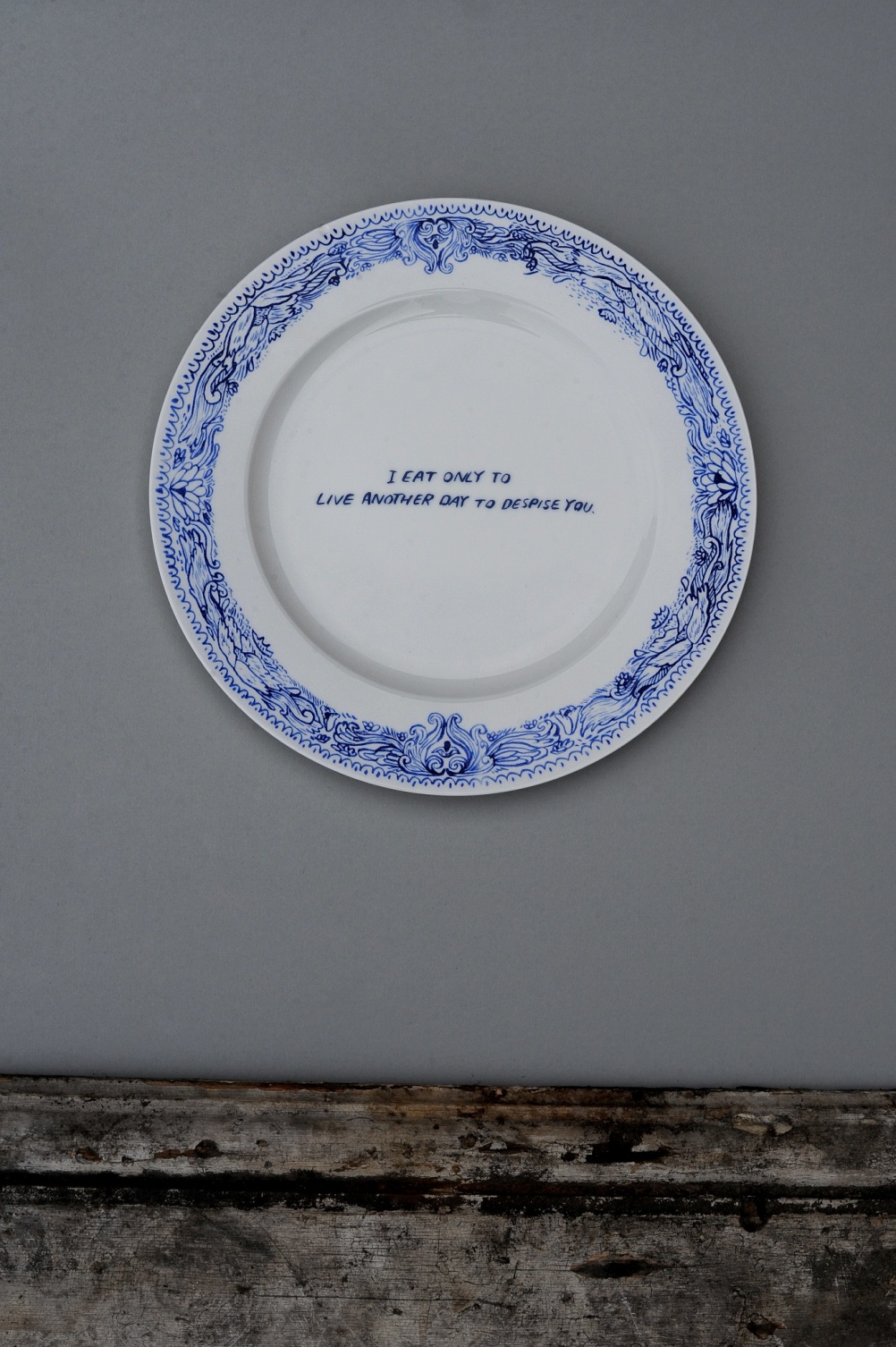 The messages play off of the twee homeware look, making incongruous pieces that encapsulate an amusing contrast.

Henson says: “Crooked Darlings began as a set of plates for my last solo exhibition in 2013. That collection was a more personal affair, but introduced me to the idea of playing with traditional domestic design and giving functional objects an emotive voice. 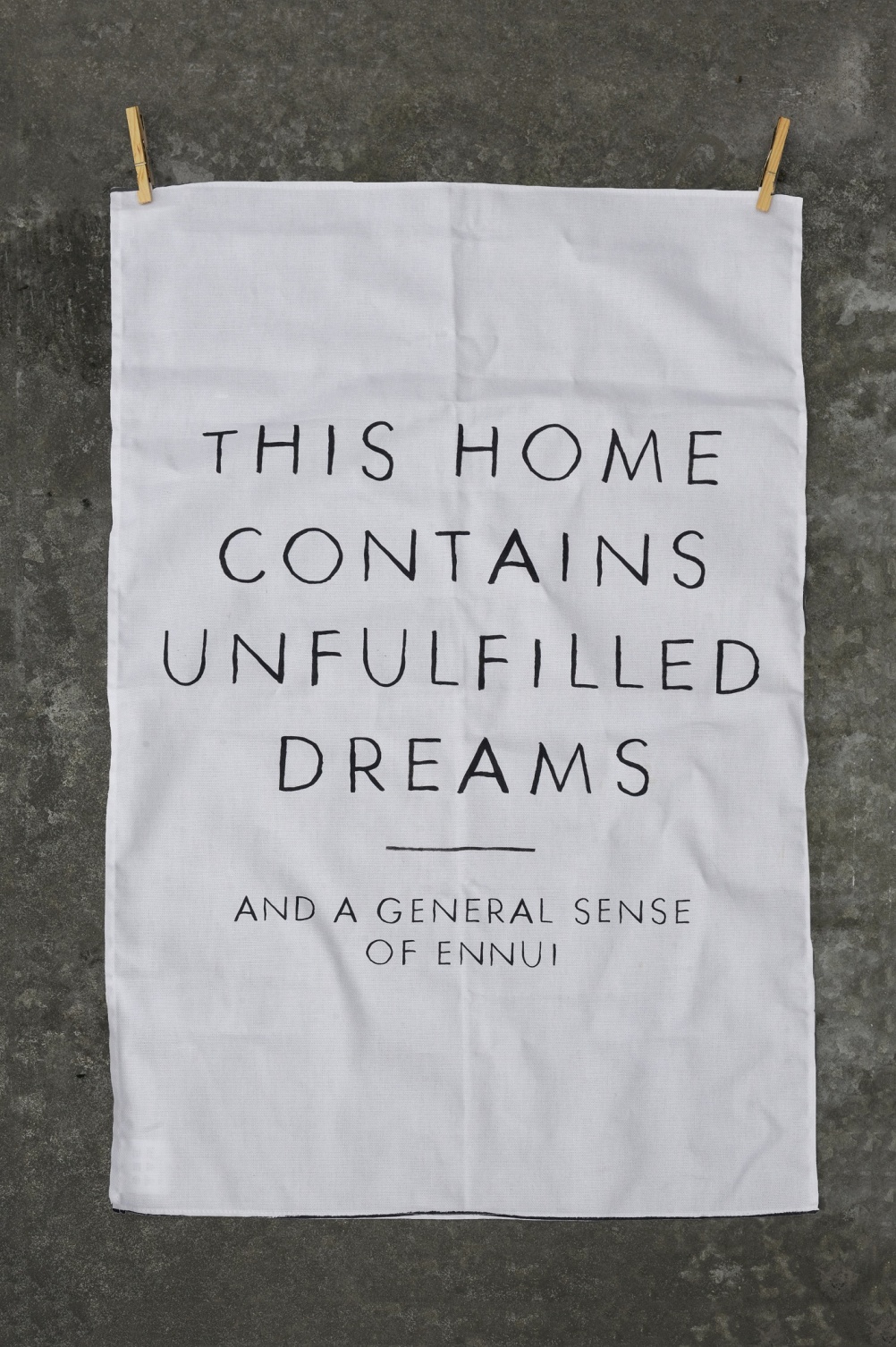 “It is also in some way a mild reaction – though ironically, now a contributor – to the mounds of quirky illustrated things you see everywhere you look. Every plate and mug in every shop window seems to have some kind of kooky phrase on it, and I wondered how it would be if they said things we don’t tend to say out loud, or held unsettling images among the twee floral designs we’re all so familiar with.” 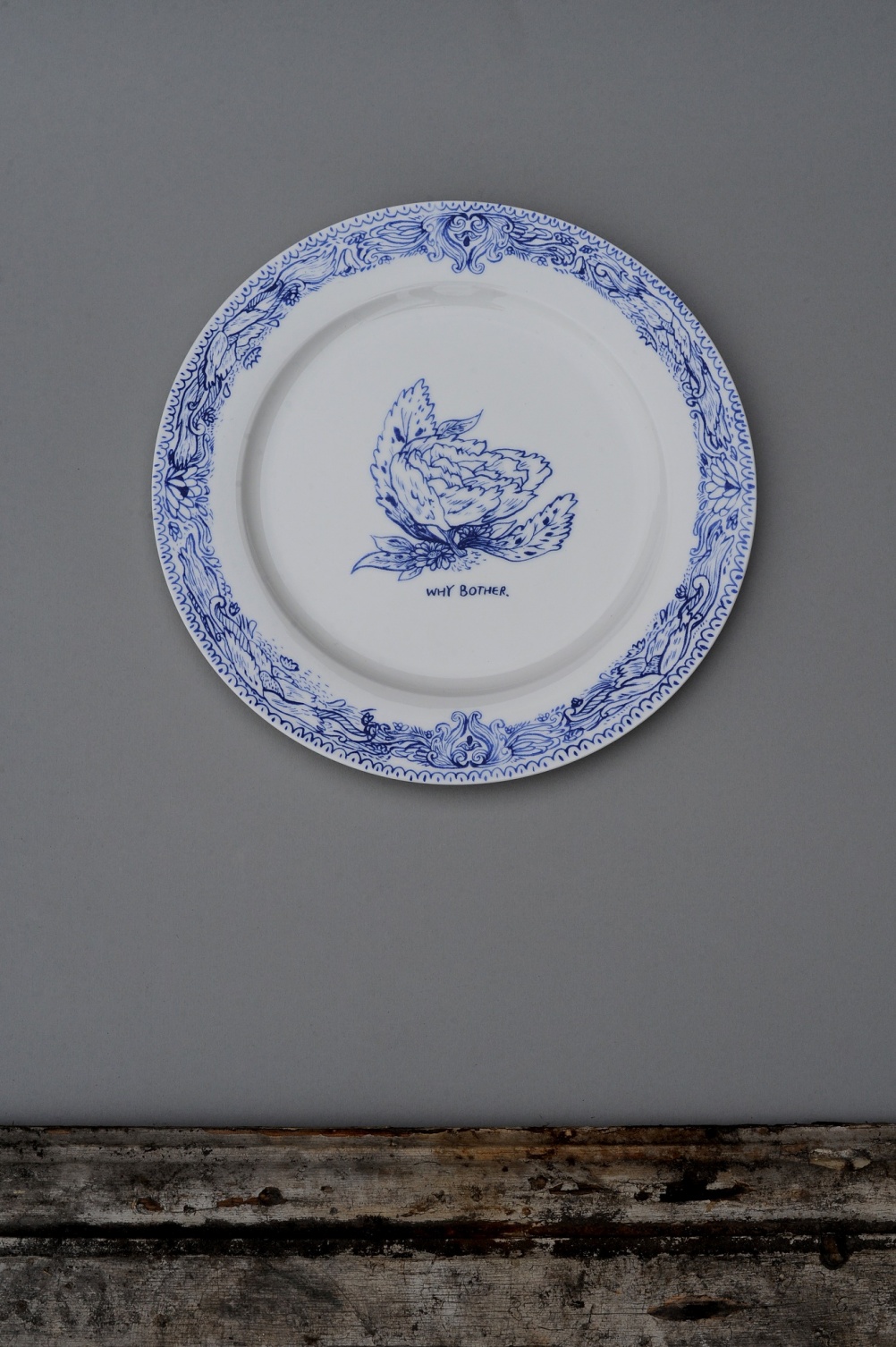 You can’t help but derive schadenfreude from imagining the disruptive influence these items might have if they were to find themselves in a craft shop.

All products are made in the UK and include: 10 inch fine bone china plates, a fine bone china cup and saucer, a wooden clock laser cut and hand finished by model makers Good Empire, and two 100 per cent cotton tea towels. 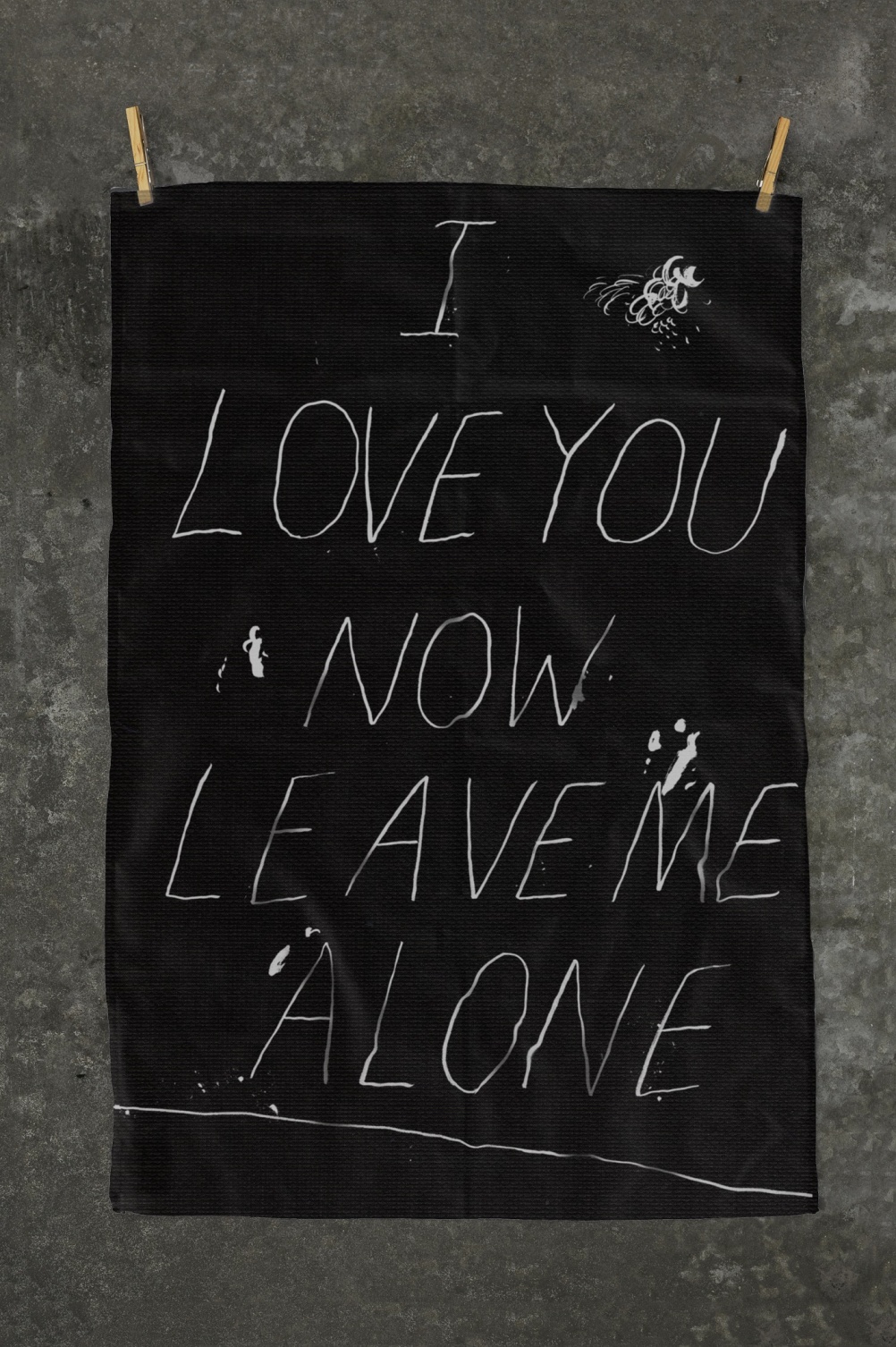 They will actually be for sale as well. Each is a run of 50 and is available to buy until Christmas Eve. 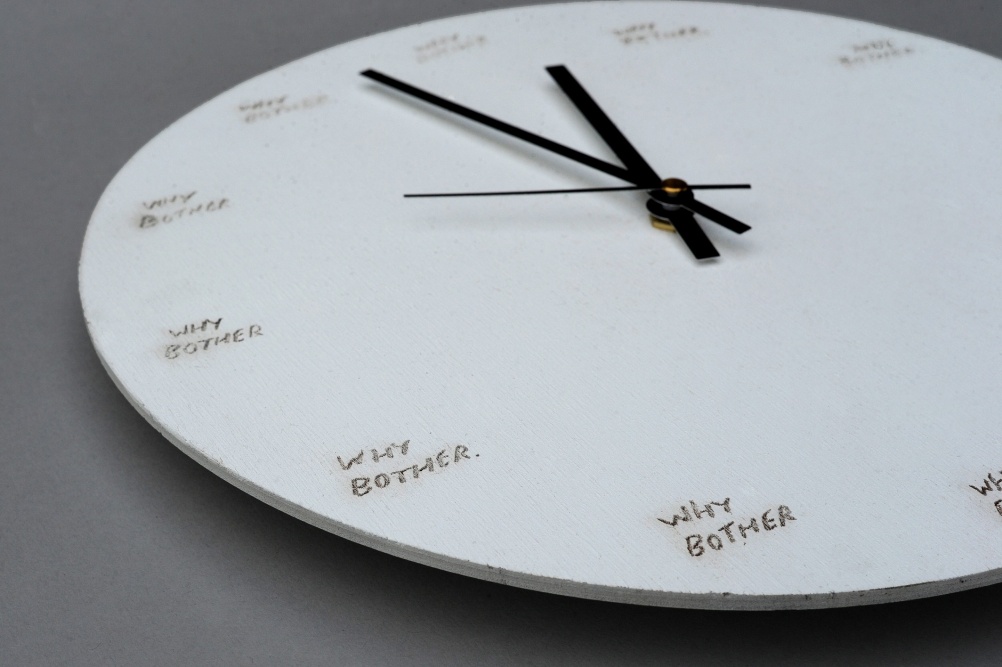 The sentiment of Henson’s project makes us think of 2013 Design Week award winner The Disappointments Diary by Asbury & Asbury and Hat-Trick Design.

Its creator, Nick Asbury, has just released this Perpetual Disappointments Diary (with a great promotional video):