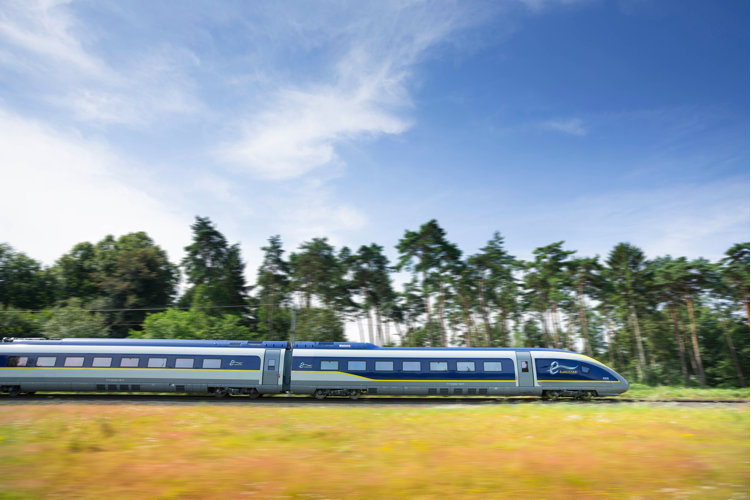 The e320 has been in development since 2009, when Italian design group Pininfarina was appointed to the work ahead of Seymour Powell. They will replace the existing Eurostar interior designs, which were created by Philippe Starck. 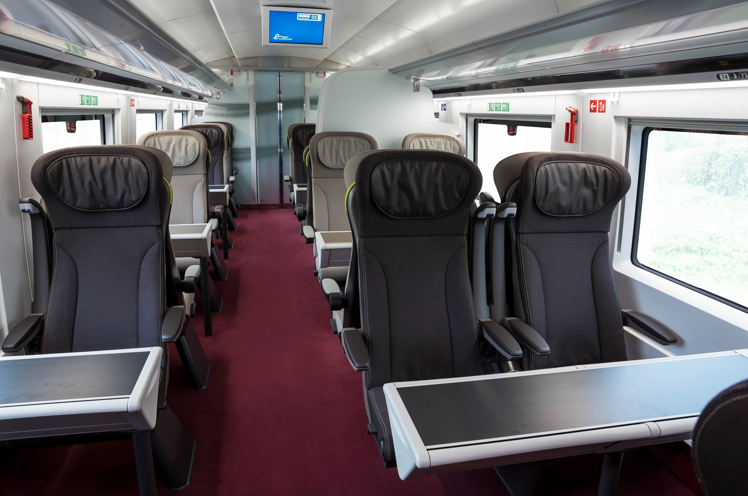 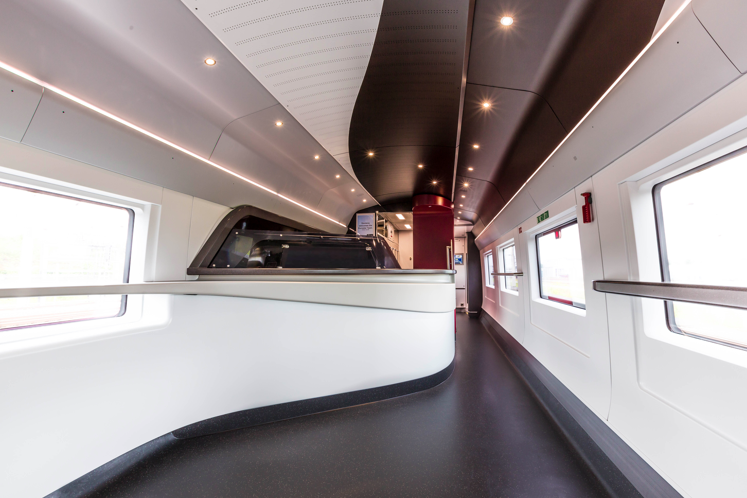 Pininfarina has also designed the external livery for the trains, which uses the Eurostar identity created by SomeOne.

Each train can carry 900 passengers, boosting capacity per train by 20 per cent. They are capable of reaching a speed of 320 kph (200 mph). 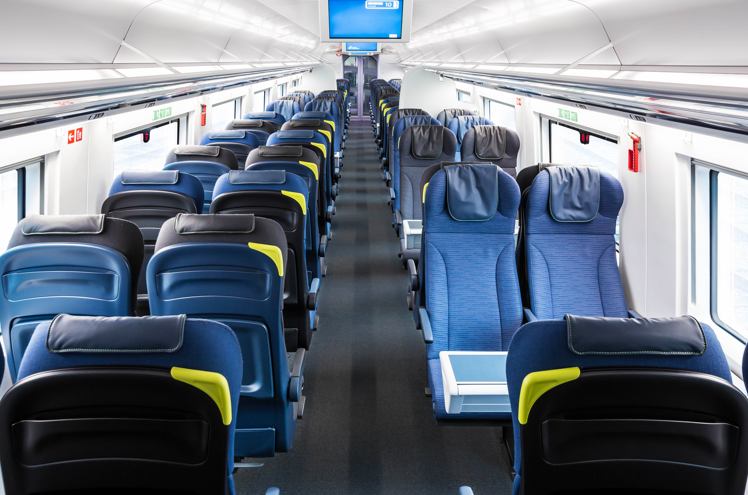 The new trains are ‘inter-operable’, says Eurostar, with the ability to operate across diverse  European signalling systems across the continent

Eurostar chief executive Nicola Petrovic says: “With just one year to go until our new e320 train comes into service, passengers will see a complete transformation of our service.  The combination of bold design, chic interiors and wifi connectivity will raise the bar, providing an unprecedented level of style and comfort for our customers.” 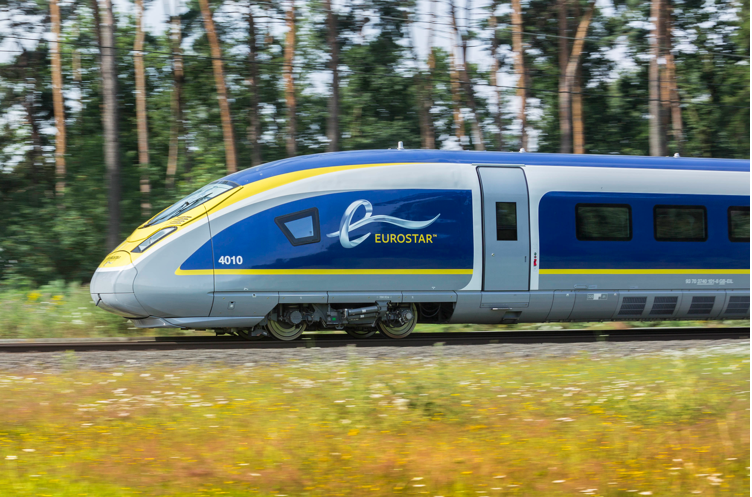 The launch of the new trains comes as Eurostar marks its 20th anniversary with a campaign designed by The Clearing, which features illsutrations by Jean Jullien, Toni Halonen, Eili-Kaija Kuusniemi and Adrian Johnson.

The Saturday Club at the Lord Mayor’s Show