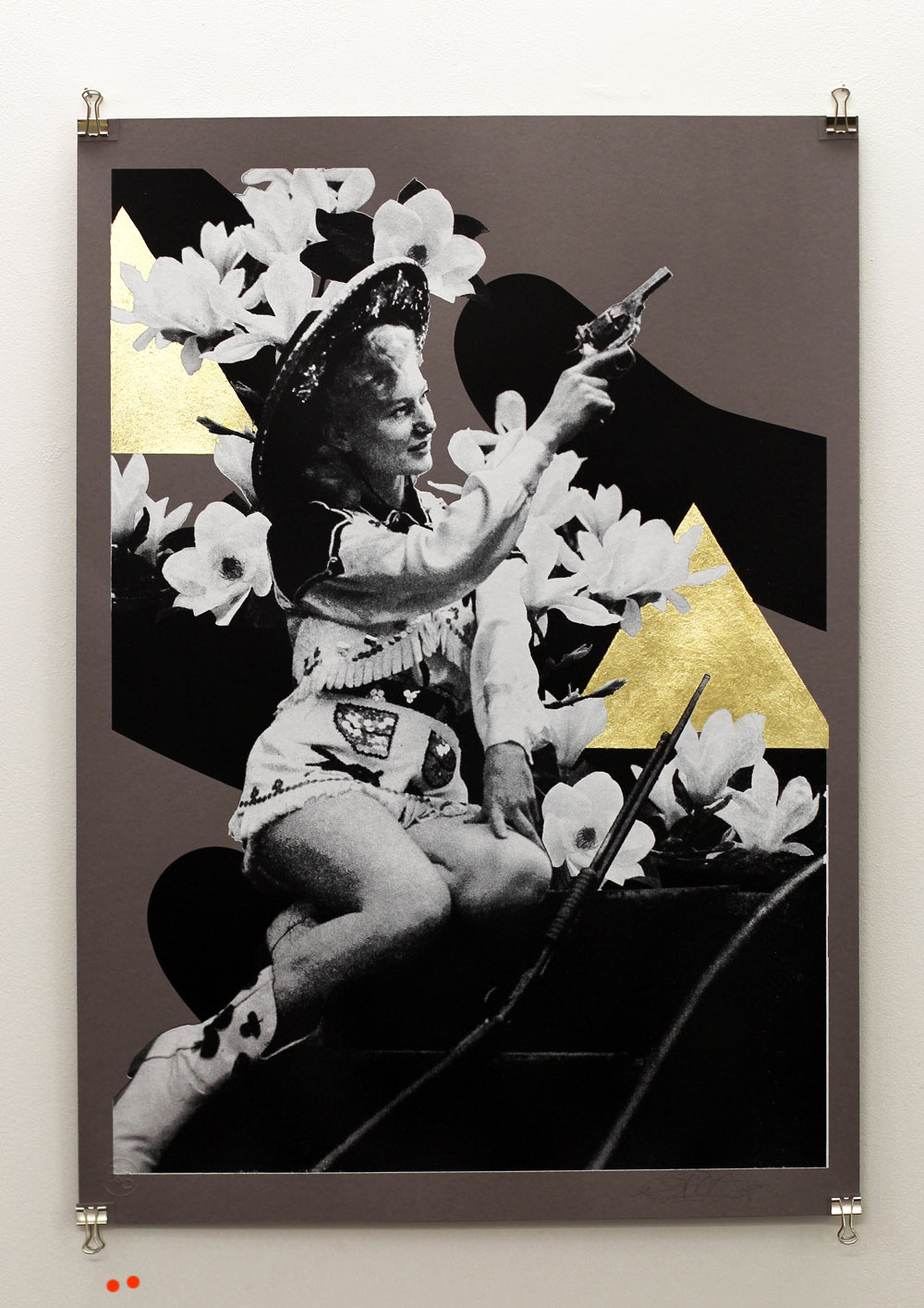 Night Visions, as the show is titled, encompasses a series of dreamy compositions created on circular black paper. 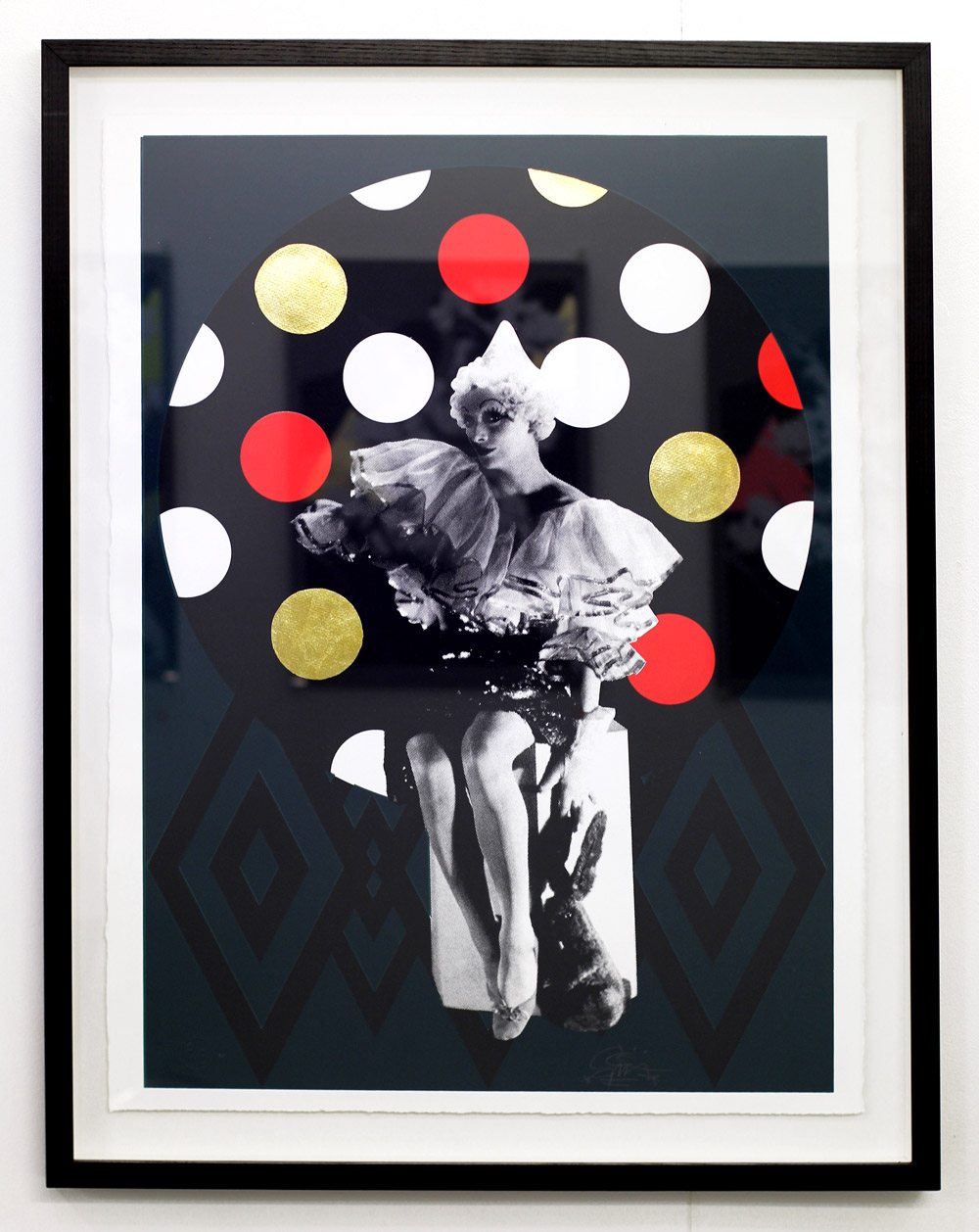 Many feature strong images offset by abstract brush strokes and there’s also a Japanese influence, following Blanchard’s recent trip there where she completed a 350m2 mural in Betsukai Hokkaido. 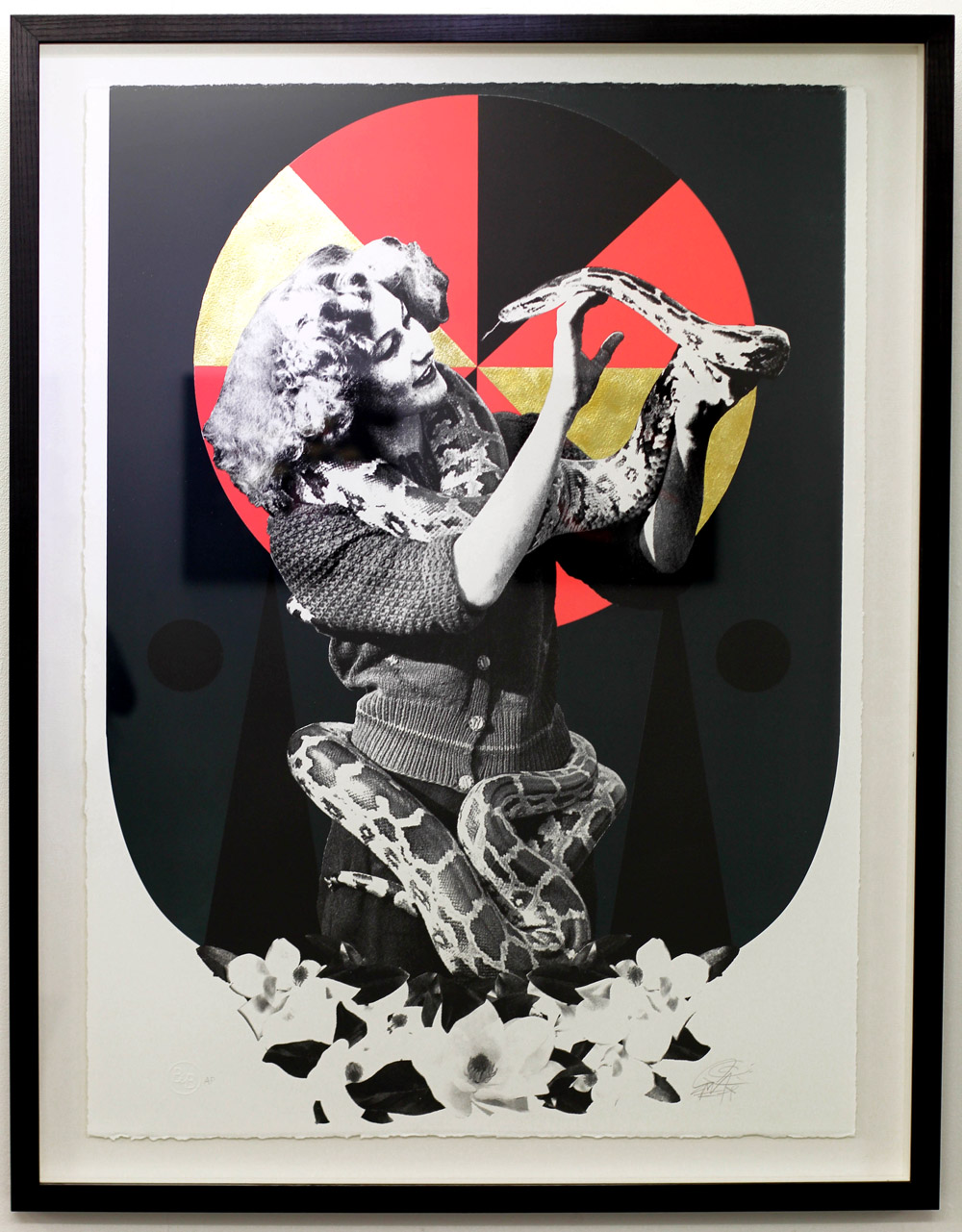 Some of the works are paintings, some are screen-printed, some are mixed media pieces. 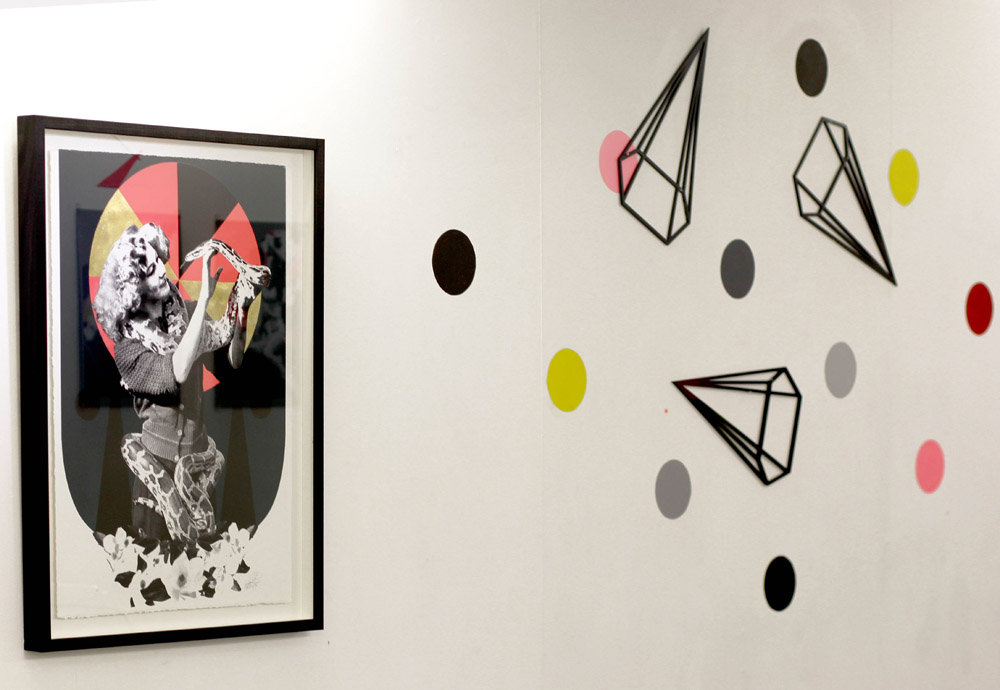 Blanchard, who lives and works in Sheffield, was born in Montpellier, France, and has a science PHD from New York University. 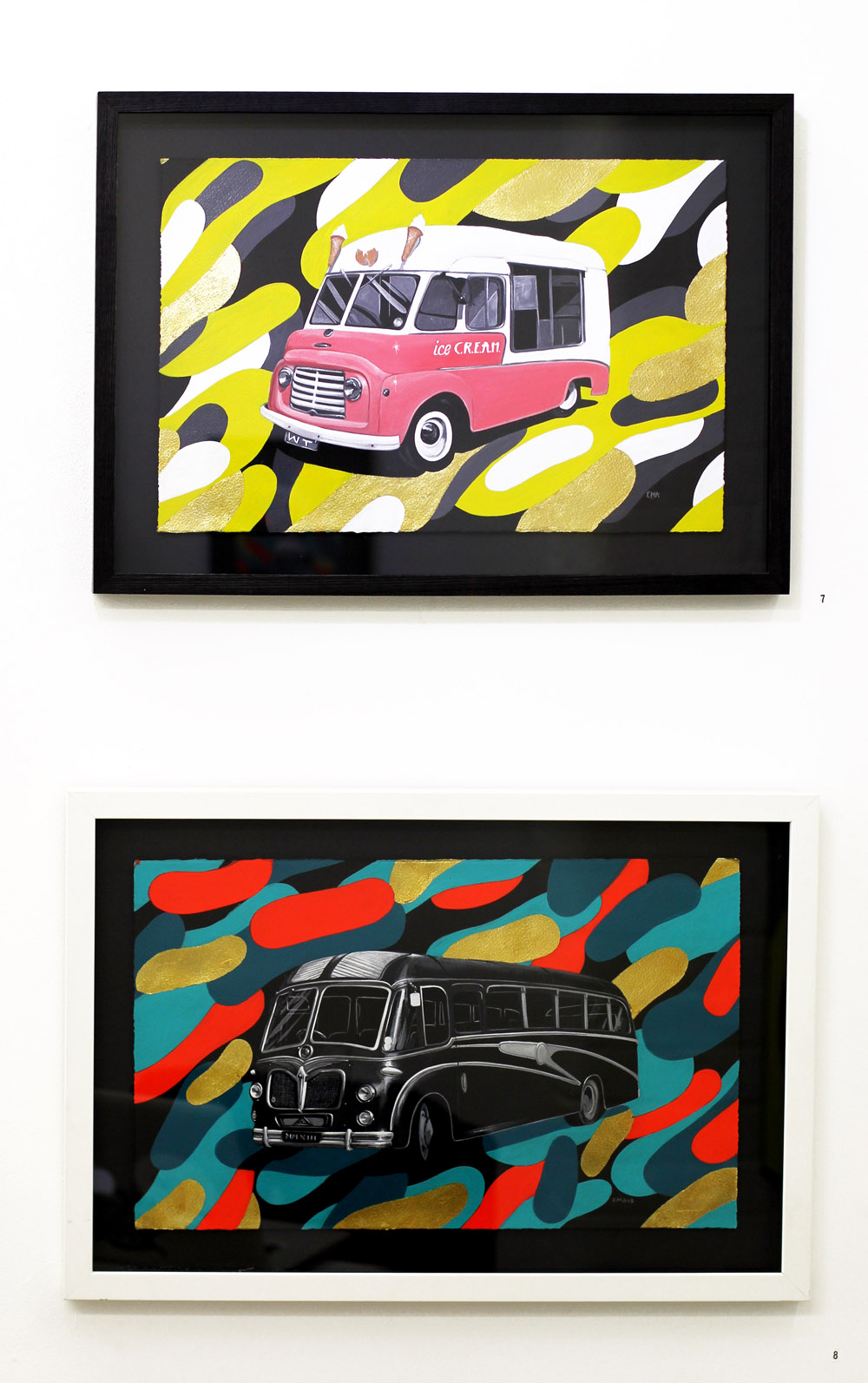 The gallery says Blanchard’s training as a scientist “together with Gestalt theory and pop surrealism” has an influence on her work and that the idea of art vs science is a tension in her work. 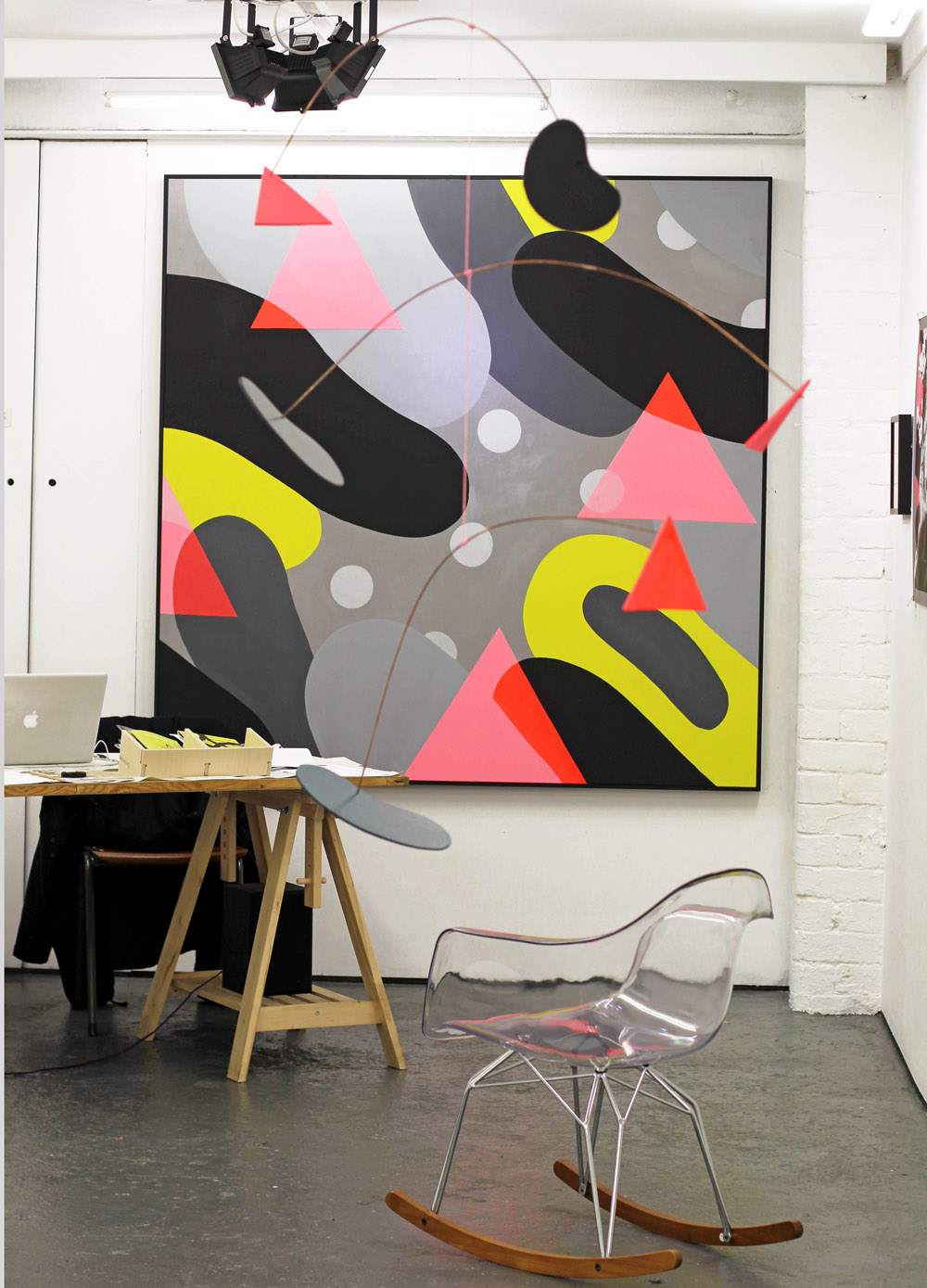 The design history of the Sega Mega Drive