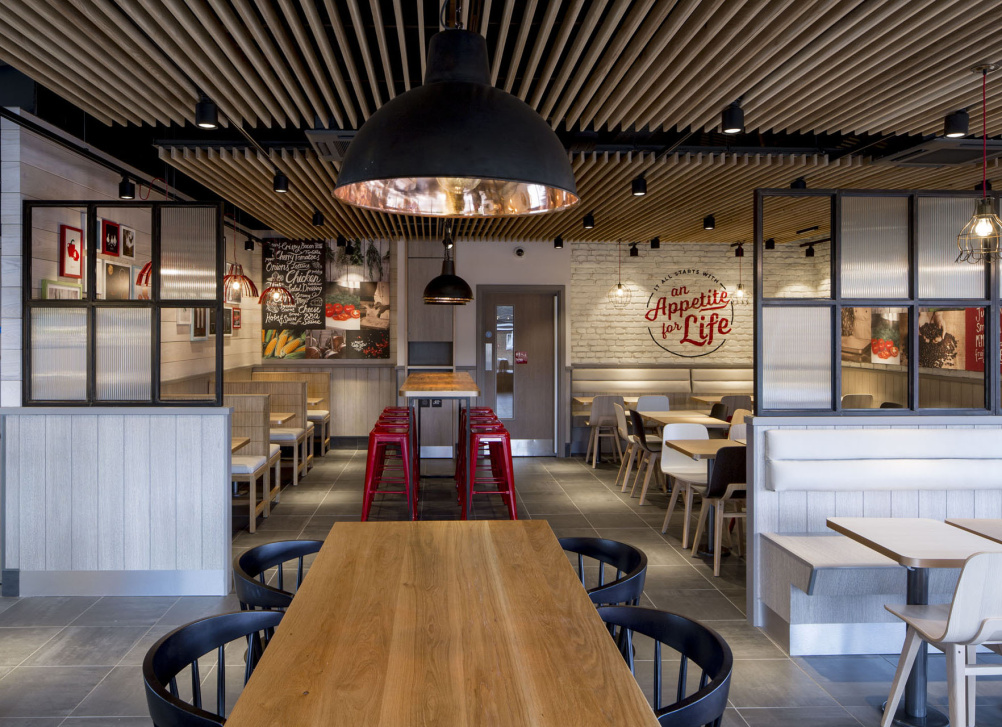 The “informal and stylish” new interiors are launching at KFC’s Bracknell branch, with the Exeter and Reading restaurants set to follow. KFC says it has plans to roll the design out nationwide – across its 870 branches – from March 2015.

The new designs have been created by KFC’s in-house team, led by creative design manager Jade Swaby. The team worked with consultancy R&R on the project, while Finch Interiors also delivered elements of the design.

The new look features exposed ceilings and textured brick-effect walls as well as photographs and illustrations from commissioned artists that represent the ingredients in KFC’s food.

Swaby says the design was inspired by “families and friends coming together around the kitchen table to share freshly made food” adding, “KFC was designed with sharing in mind”.

The red colour of the KFC branding is used “sparingly” as an accent colour, appearing in features such as chair legs and graphics.

The new design also boasts a “semi open-plan kitchen” which means that for the first time diners will be able to see their food being prepared.

KFC says the redesign to the back-of-house areas also allows service to be much quicker.

Swaby says: “The sense of the kitchen being the heart of the home really influenced the authentic, inviting design. You can feel the openness and warmth from the moment you step through the door and we hope that customers feel at home in the new restaurant.” 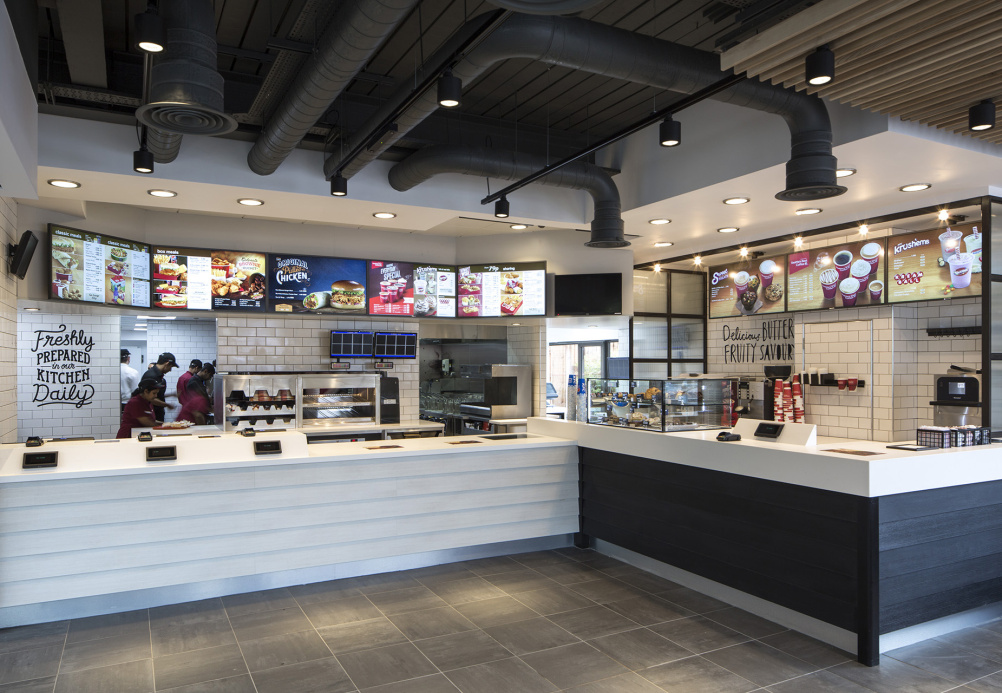 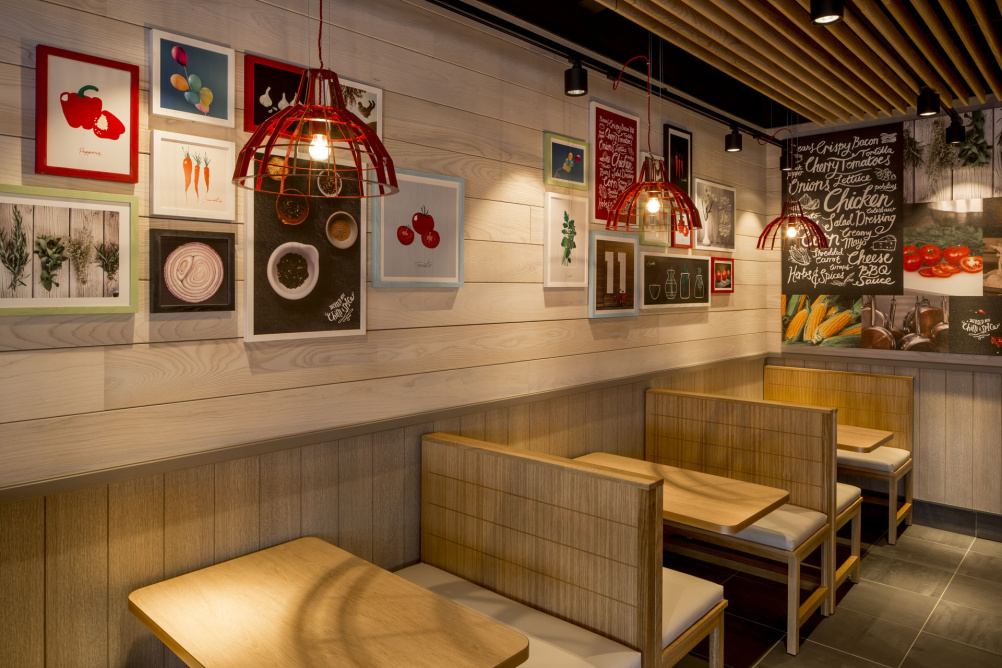 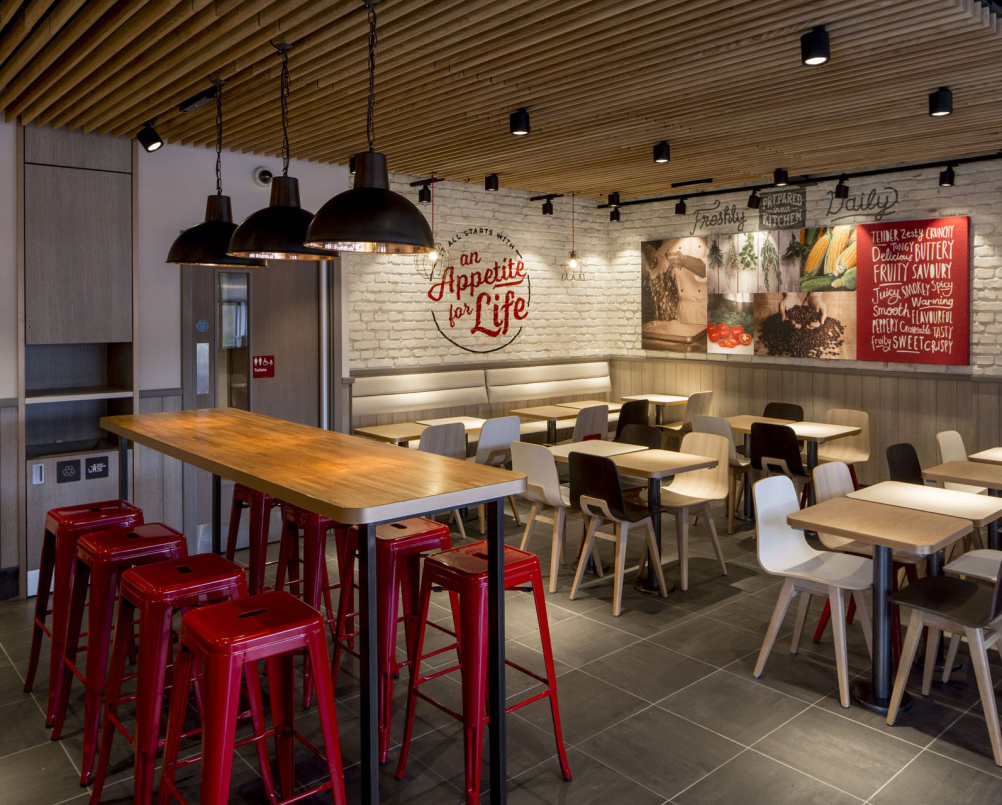 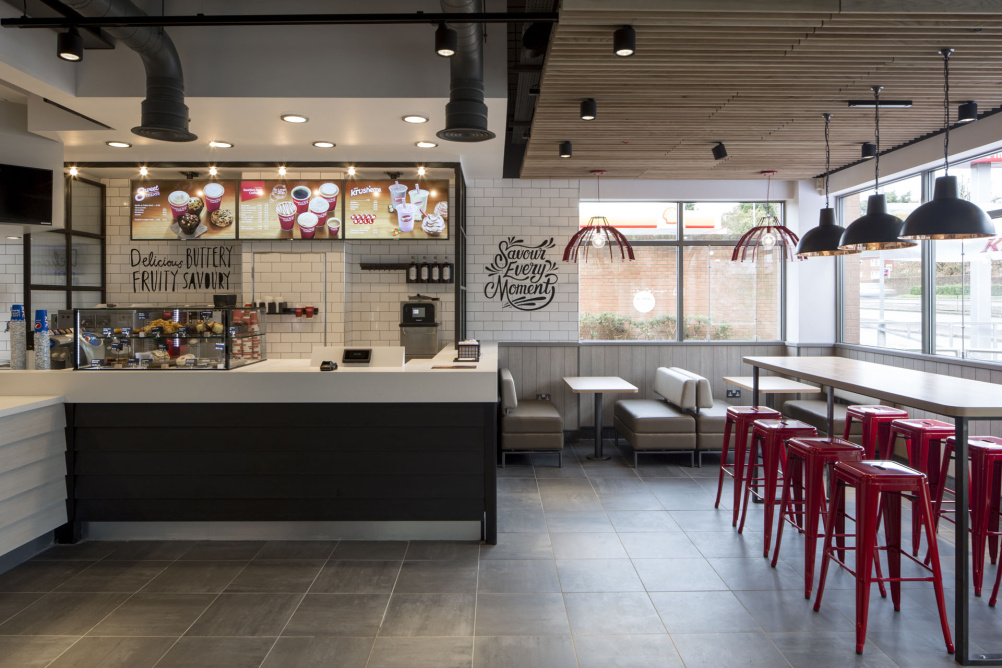 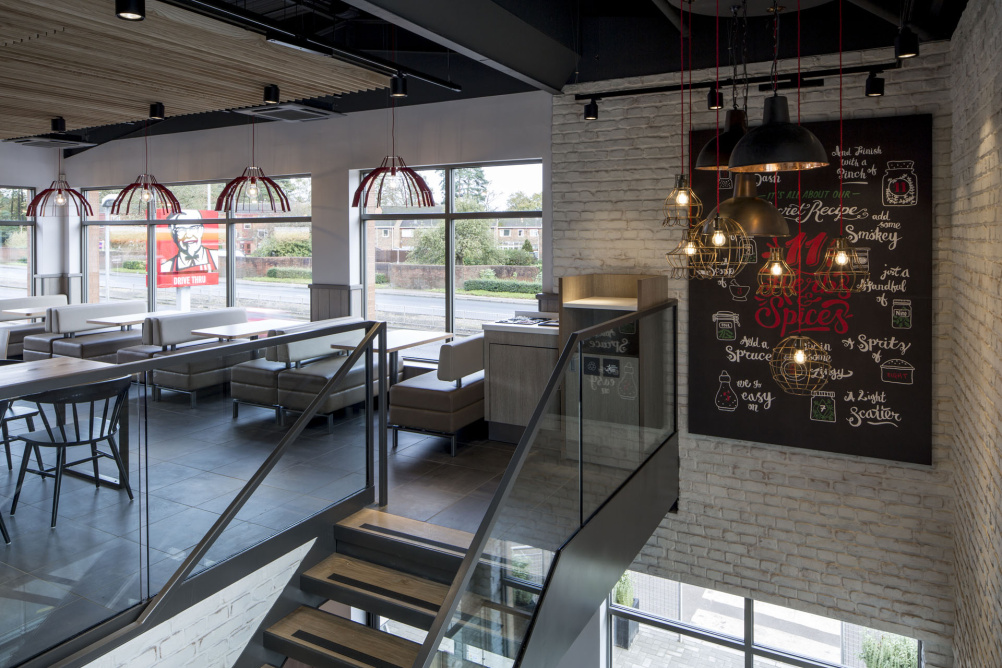 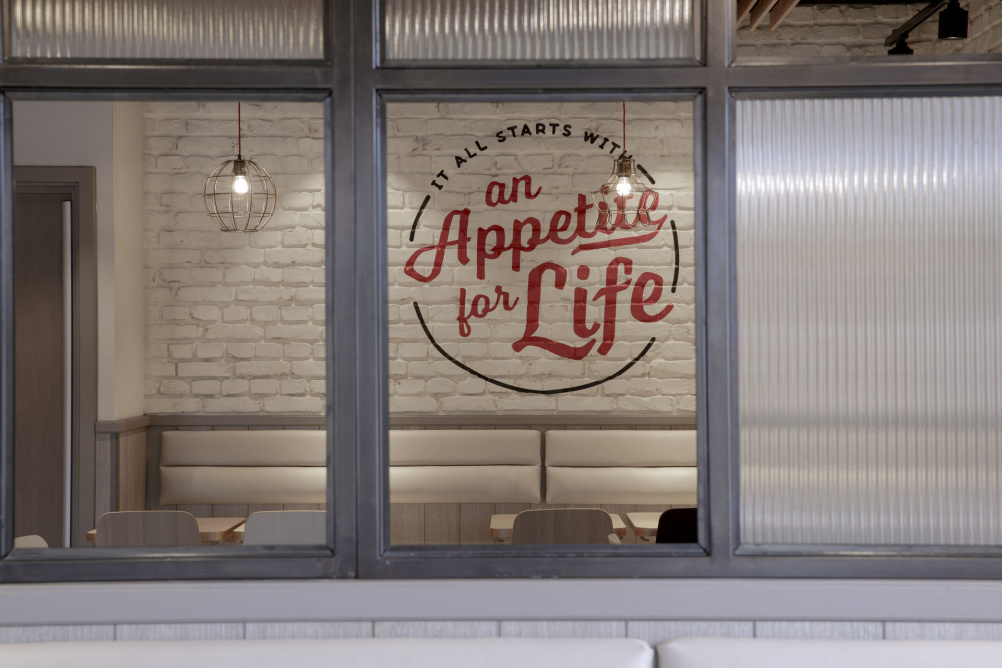