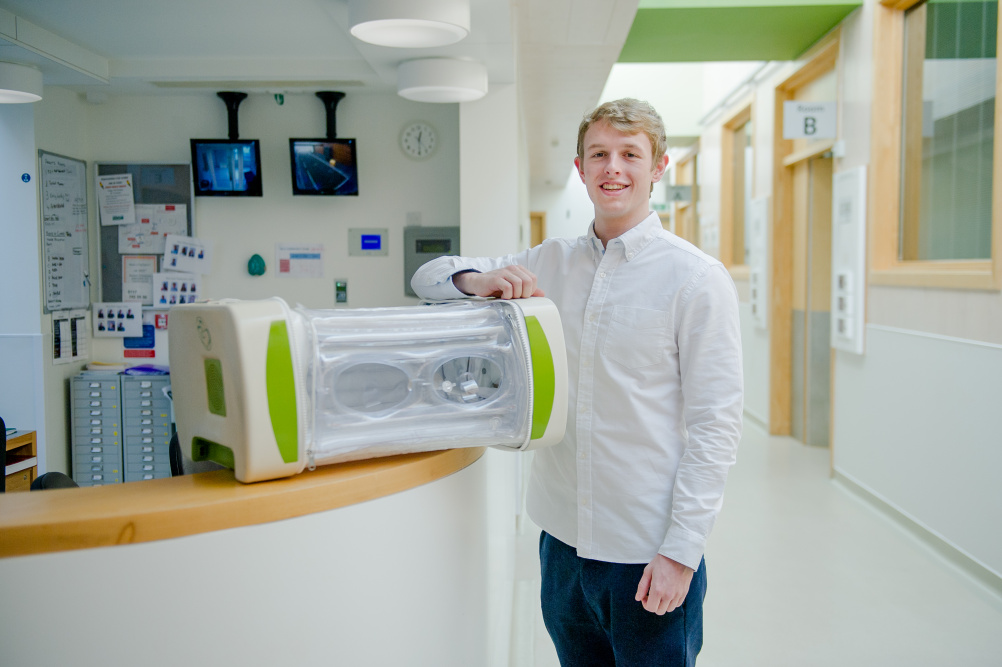 The MOM incubator, which is intended for use in developing countries, has been created by 23-year-old product design & technology graduate James Roberts.

It apparently will cost just £250 to manufacture, test and transport to the desired location. This compares to existing incubator technology, which can cost up to £30,000 to implement.

Roberts says he had to sell his car to fund his first prototype. He adds: “I was inspired to tackle this problem after watching a documentary on the issue for premature babies in refugee camps… The dream would be to meet a child that my incubator has saved – living proof that my design has made a difference.”

The incubator is blown up manually and it is heated using ceramic heating elements. 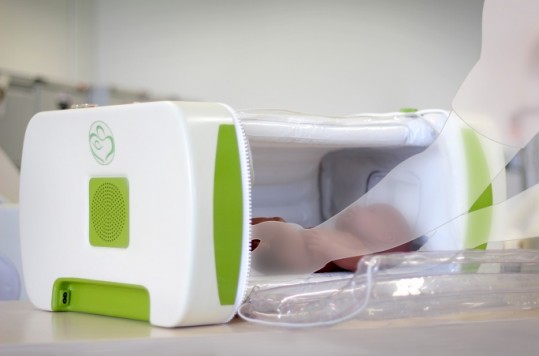 It can be collapsed for transportation and runs off a battery which lasts 24 hours, in case of power outages.

A screen shows the current temperature and the humidity which can be custom set, depending on the gestation age, while an alarm will sound if the desired temperature changes. MOM complies with British incubation standards.

Roberts has been awarded £30,000 as the winner of the James Dyson Award, which he says he will use to further prototype and test the project, with an aim to getting into mass production. 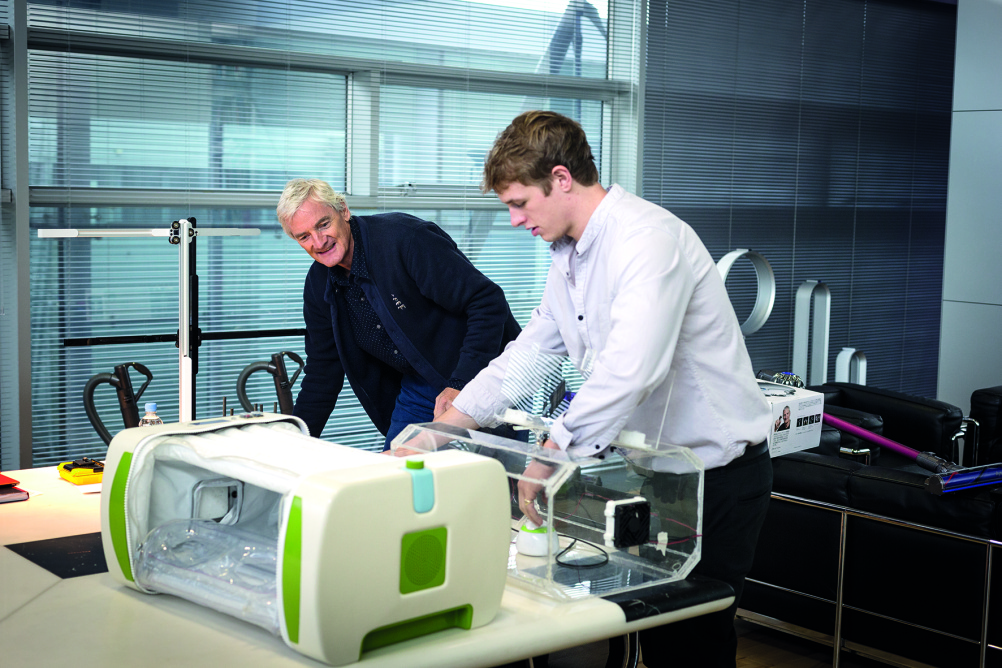 The MOM project saw off a host of international projects in order to win the overall prize. Among the UK winners were food packaging that becomes bumpy when the goods go off and a suit that shows paraplegic athletes when they are injured.