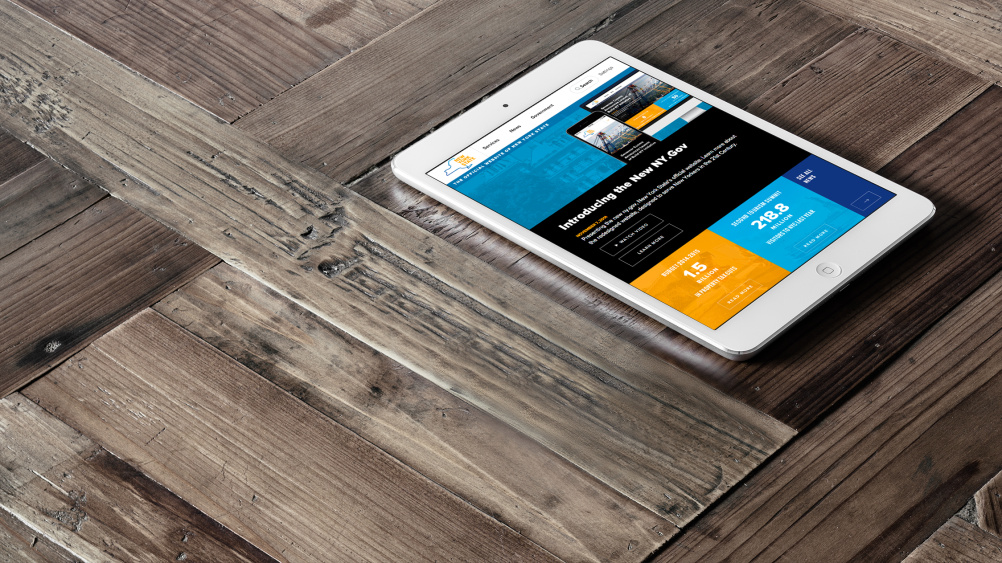 Code and Theory, which has offices on both sides of the Atlantic, is behind a new digital strategy and site design for NY.Gov and Governor.ny.gov, which is the first of many NY.Gov subdomains to be brought into the larger NY.Gov framework.

The approach for both sites was “to put citizens first” according to Code and Theory, which has pooled information on services from different departments and organisations and consolidated them in NY.gov, where everything is presented in “simple, easy to understand language”. 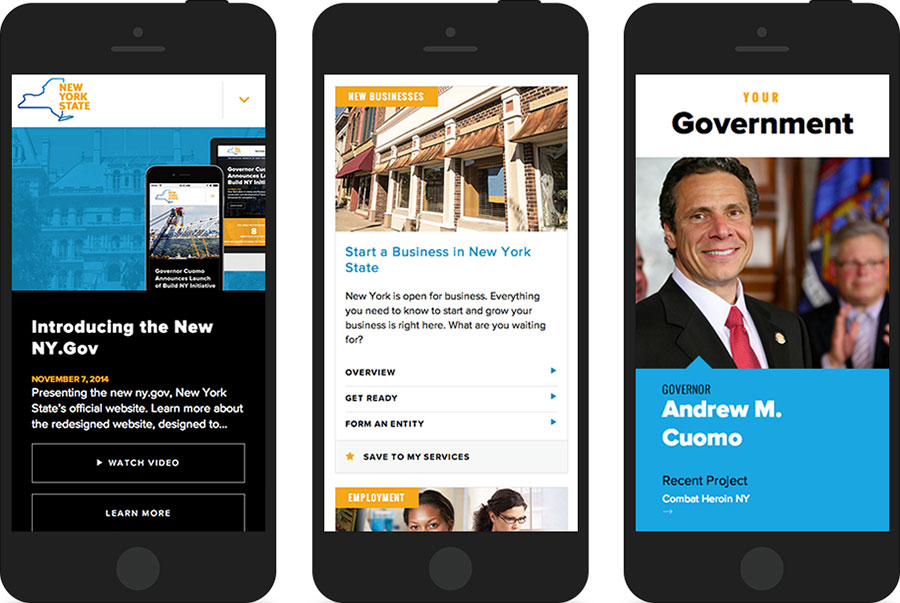 Code and Theory says: “Take for example a new small business owner looking to open a restaurant. Previously, he or she would need to comb information from across multiple websites to understand all the steps necessary for opening a new business, from registering a tax ID number, to obtaining proper licenses and permits.” 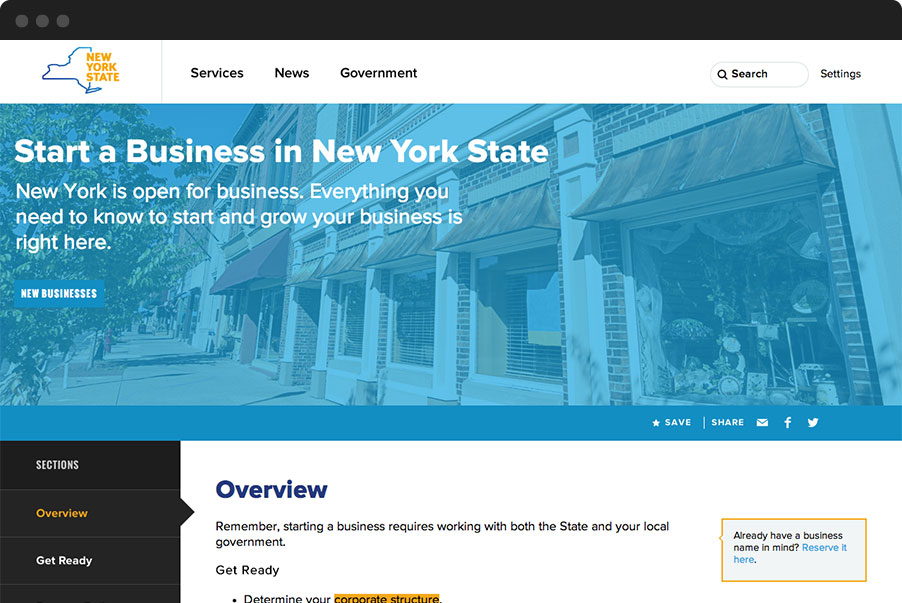 Services have been prioritised as part of a “clear visual design” and are used to delineate a contents section.

Code and Theory says: “Every transaction – from renewing a license to obtaining a business permit – should be easily digestible, actionable and most of all, easy to understand.” 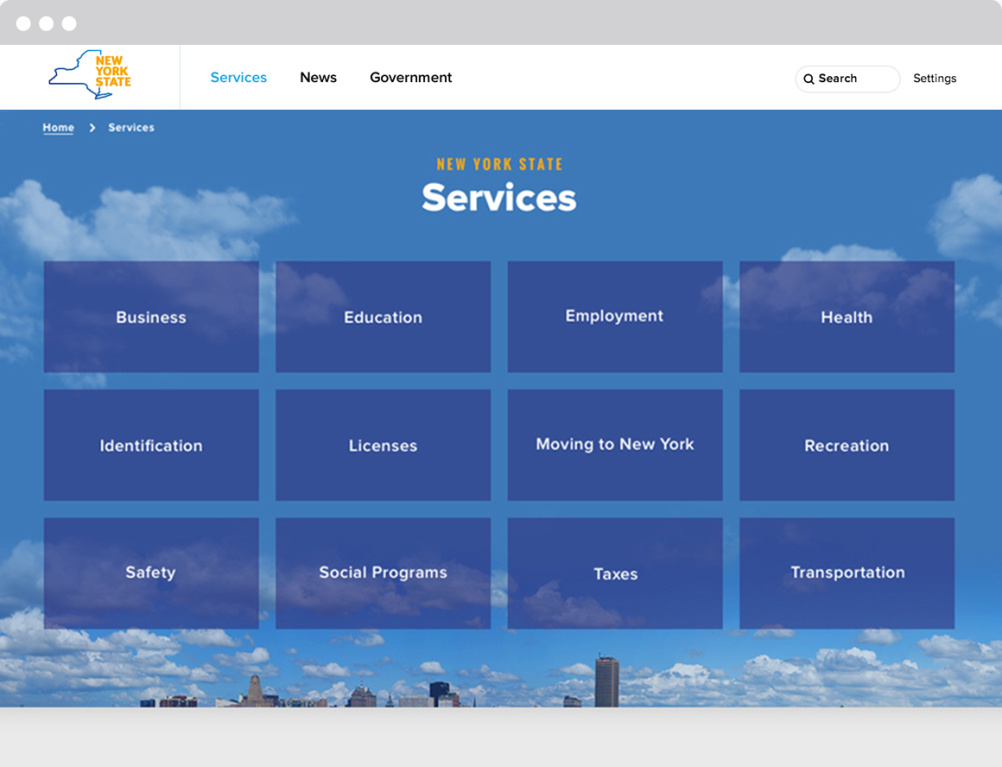 The consultancy worked with representatives from agencies across  the US government to construct this framework around services.

Across Ny.Gov navigation is designed to simplify user entry points to three core areas while also allowing users to dig into specific content.

New York State will bring all agencies under the new design framework, a process that will roll out during 2015. The governor.ny.gov site is the first to receive universal navigation, which will send users back to NY.Gov. 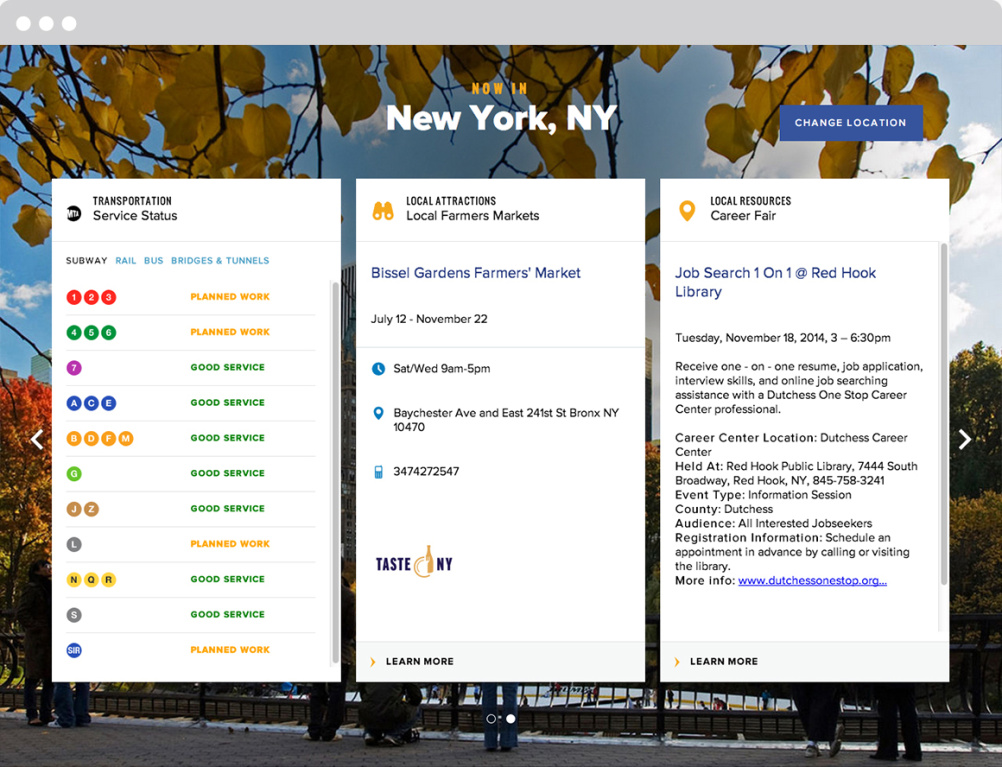 To drive a deeper connection for users and to make the site feel local and personally relevant “localisation functionality” draws on IP addresses and GPS location to present information such as traffic alerts, markets and local facilities on the NY.Gov home page.

Code and Theory says: “Users can also learn about events happening near them, and explore more about the county in which they live on dedicated location-specific pages.”

The Gov.uk site designed by the Government Digital Service for the UK public has been created so that it can be emulated, as Ben Terrett, who heads up the GDS, explains here.

Code And Theory has told Design Week “the UX and design teams referenced gov.uk as an example”.

London College of Furniture at 50