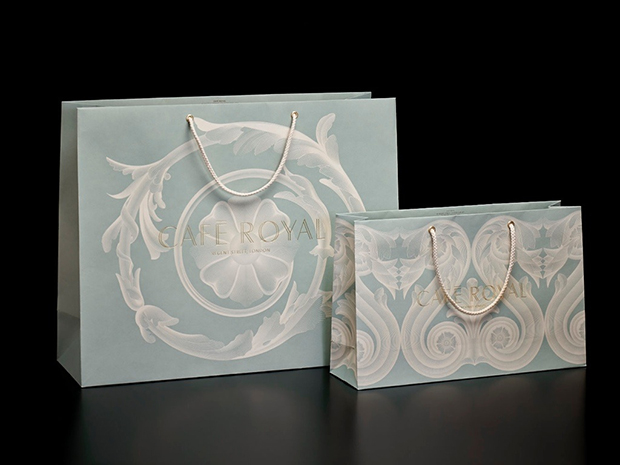 The venue has been a restaurant and meeting place for over a century and Rushworth looked to create an identity that references its history and its renovation by architect David Chipperfield.

Pentagram says the identity has been influenced by the grandeur of the building’s location and “the minimalism of Chipperfield’s architectural philosophy”. 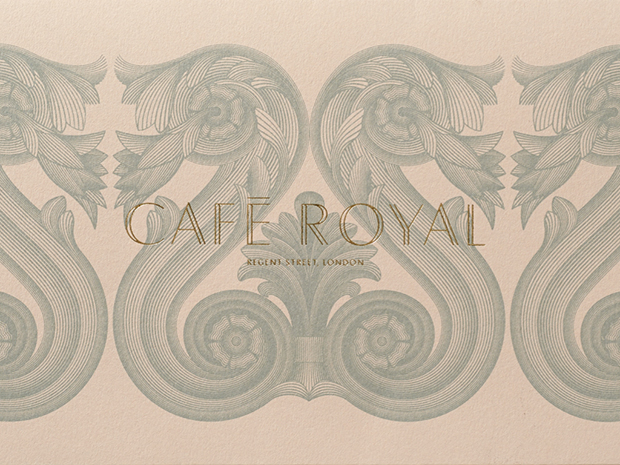 Café Royal was a Parisian style Brasserie in the 19th century, it has been credited with introducing French gourmet food to London and was once considered to have the greatest wine cellar in the world, according to Pentagram.

It is located on London’s Regent Street, which was designed as a route for the Prince Regent to take from Carlton House to a summer palace which was never built in Regent’s Park. All of the buildings on Regent Street have at least Grade II-listed status. 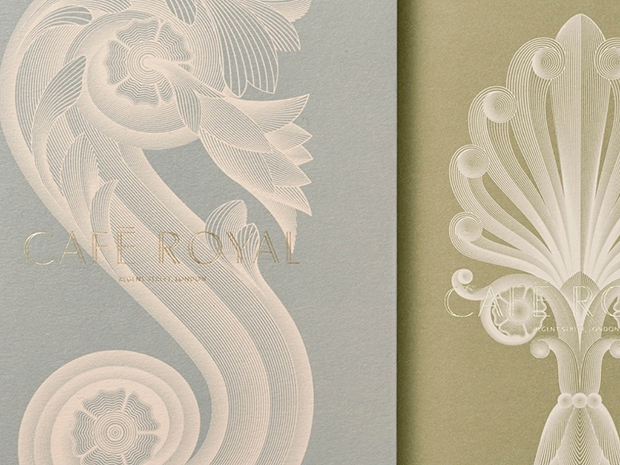 The interior design has seen Chipperfield combine a Modernist look with a reinterpretation of historical materials, decorative features and colour palettes, which Pentagram says brings the scale of the outside of the building into the interior “creating a sense of dramatic opulence”.

Rushworth’s designs take their lead from exterior architectural elements of the building, which he commissioned graphic artist Kam Tang to draw.

A series of five illustrations has been developed “as a modern take on classical engraving” and use the same Regency palette as Chipperfield’s interiors according to Pentagram.

Café Royal is one of three hotels, which has been brought under a new umbrella company known as The Set. the other two are Conservatorium in Amsterdam and Lutetia in Paris. Rushworth has also named and branded The Set. 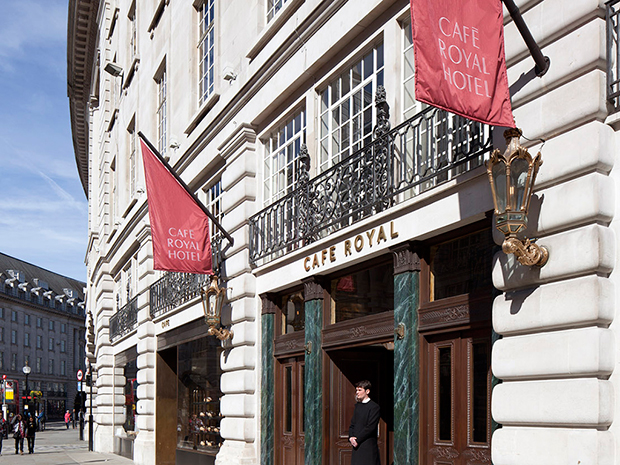