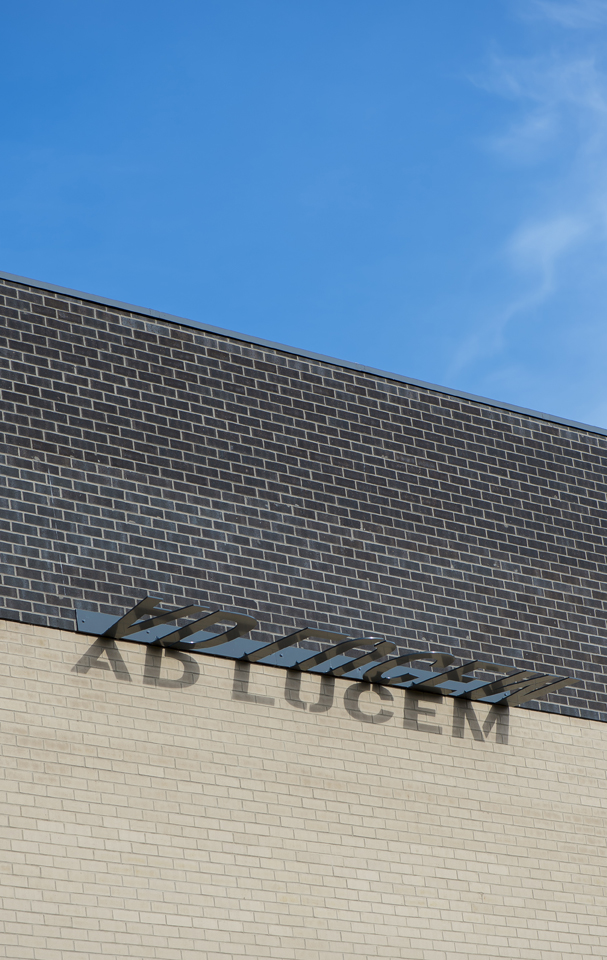 The four houses within the school each voted for their favourite quote, and Joana Niemeyer and Lisa Sjukur, founders of April, then completed a two-month project installing them. The school’s motto “Ad Lucem” (“Follow the Light”) was also put up in the school’s sports hall. 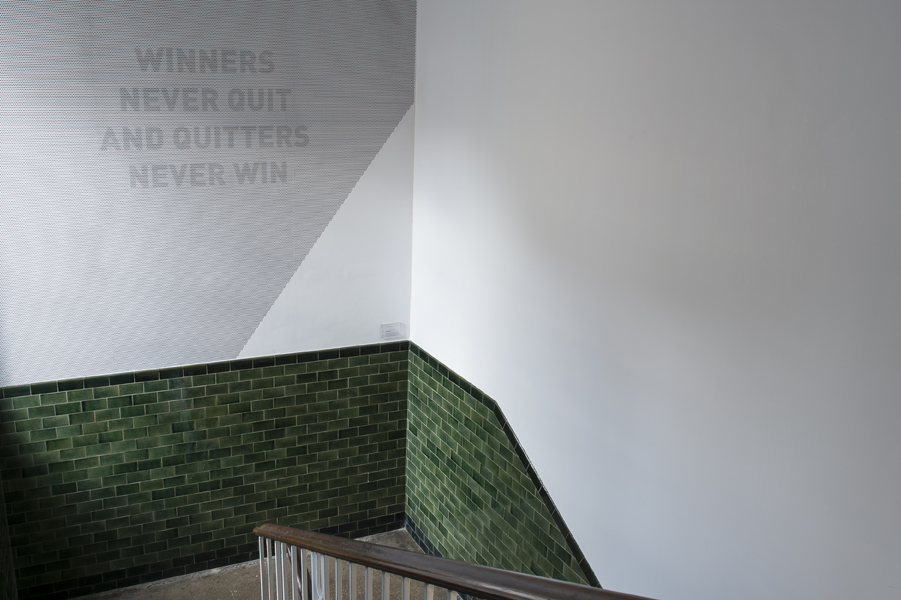 Niemeyer and Sjukur held workshops with the students during the design process to explain the installations, and speak about their work and women in the industry.

“A lot of the time, students don’t know about female designers when they’re studying because male designers get more exposure,” Niemeyer says. “So we often go into universities and teach about women in design who they may not have heard of.”

“In general, there’s also a lack of female speakers at design conferences,” she says. “If they are there, they’re the usual suspects – the big names, like Paula Scher. We suggest female designers to the panels and they’re usually very grateful.” 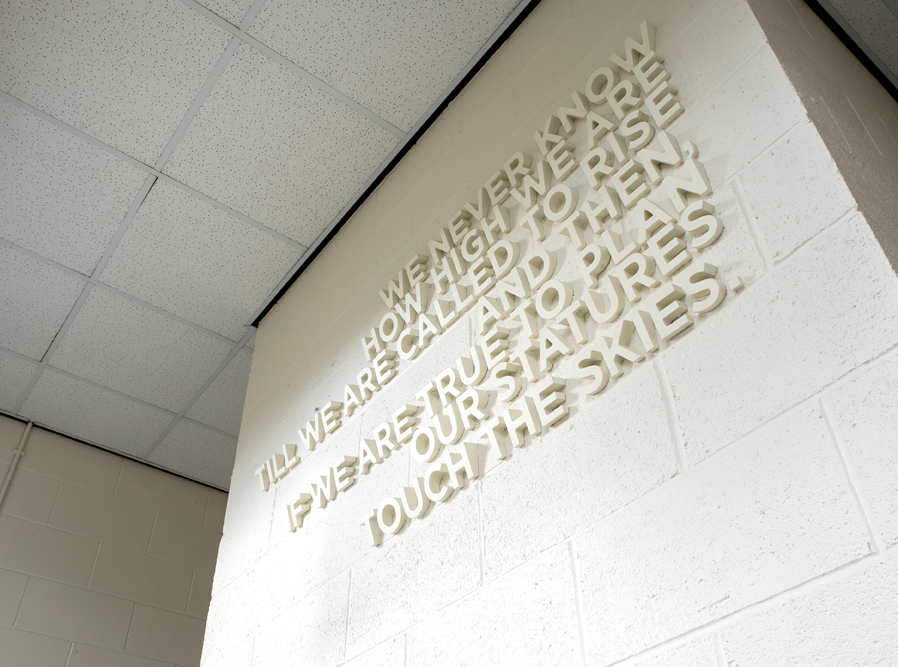 Niemeyer says the installations have been designed in a way that conveys meaning. “Rather than just putting the quote up, we thought about what it meant and how it could be interpreted further,” she says. “The ‘Winners never quit and quitters never win’ slogan is an optical illusion and can only be seen if you’re stood far away from it. This suggests that you have to search for your inner self, and look at things in a different way.” 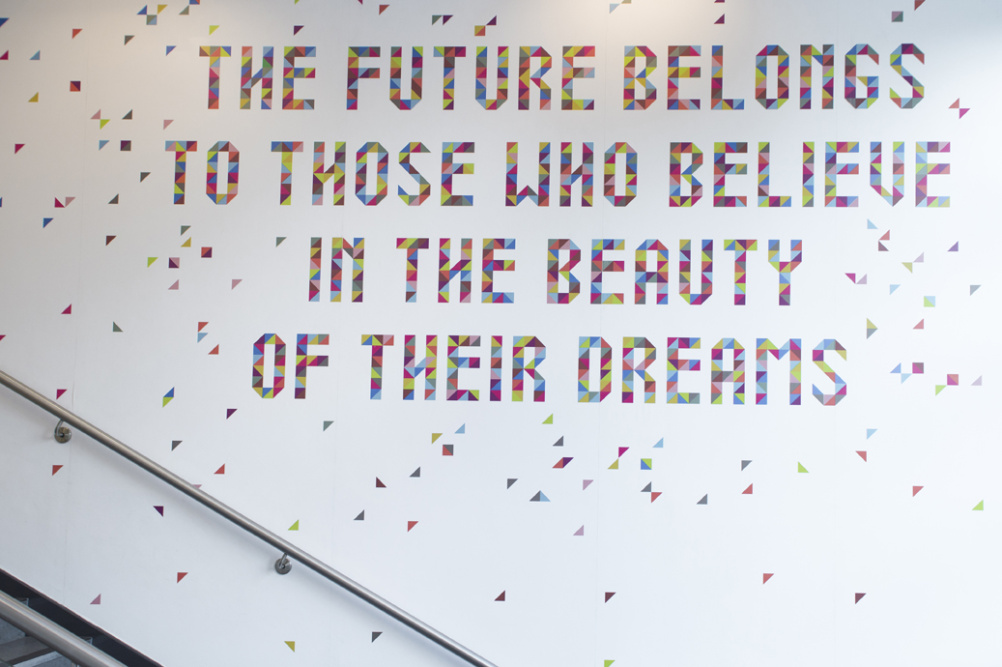 When light falls on the upside-down “Ad Lucem” motto, it casts a shadow, spelling the words underneath. “It changes throughout the day in line with the light, which we thought was quite appropriate,” Niemeyer says. “It’s not always there, but it’s an internal thing that the girls know about.”

Another installation includes a blackboard with job descriptions printed in white – the students’ answers to what they want to be when they grow up. “The installations have been received really well,” Niemeyer says. “As the students were involved in choosing the quotes, I think they have some pride that they’re up there. I hope it’s encouraged more girls to study design.” 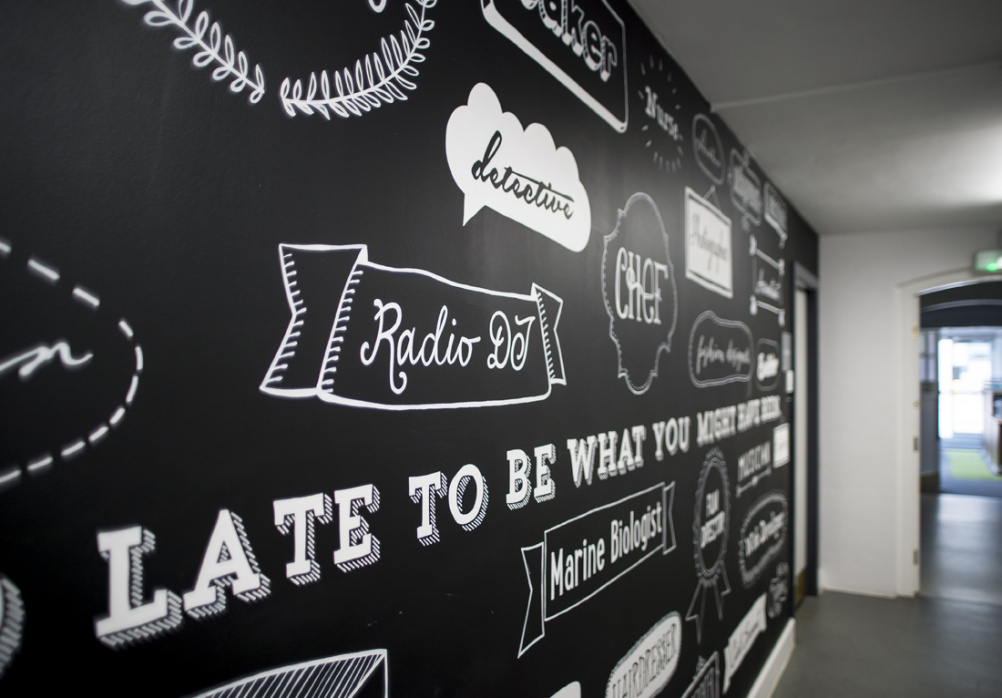 What’s the most important thing about managing a design business?

The Partners’ #UpForSchool campaign branding launches in the UK

New Mi-Pay identity aims to “cut out the tech speak”