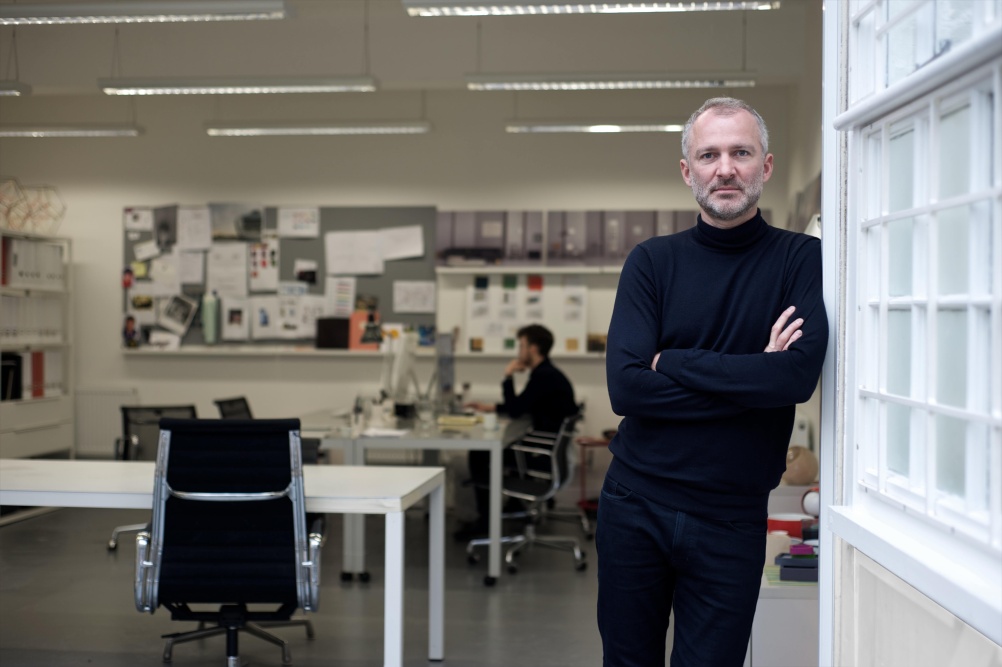 While attending a lecture by Alberto Alessi Williams intervened, uninivited to show his student portfolio. An impressed Alessi shortly afterwards commissioned Williams to design the Alessi Honey Pot and Sugar Jar, which have since sold more than 150,000 units around the world.

Following this audacious start, Williams’s career has taken him across Europe, working for Technogym, Nava Design and Mexx. In 2006 he succeeded Tom Dixon as head of design at Habitat and in 2011 he was appointed as head of design for John Lewis.

After a career of working for brands and retailers, Williams is now set to work for himself, with the launch this week of his own studio, based in London’s Queen’s Park.

As well as continuing to design for big labels and brands, Williams believes he has spotted a gap in the market that his new studio is aiming to exploit. He says: “There’s a real opportunity with certain manufacturers who want to go straight to market”.

Williams says there have been a number of changes over recent years that have made it easier for manufacturers to cut out the traditional brands and simply create their own ranges for market.

He says: “Over the years these suppliers have become quite savvy at distribution – they’ve got the networks and they know the logistics behind it. Also some suppliers deliver directly to people’s homes for retailers – in doing so they’ve obviously created a channel, so why shouldn’t they sell their own products in that way? The margins could be three times better.”

The way Williams intends to take advantage of this is by working directly with suppliers to not just create product designs, but also create a brand and marketing around these products – effectively delivering a fully realised brand that the supplier can then go ahead and sell.

Williams says: “We’ll develop brands that play to the supplier’s strength – it might be that they can do one thing but they can do it in an extremely good way.” As examples he cites brands he is developing for marble and ceramics manufacturers.

Williams says the inspiration for this concept comes from his time at John Lewis – and in particular his development of the House sub-brand.

House was created as a diverse range of products, from lamps to clocks to kitchenware, which would all be unified under one brand. The House identity itself was developed with Pentagram partner Harry Pearce.

It was the first time John Lewis had developed a sub-brand in this way and Williams says: “When I saw the results and the numbers and cash coming in I saw the success. They turn over about £900,000 a week.”

He adds: “All I did was put together a pretty basic collection and brand it and package it and communicate around it in a way that it all sat together with a colour palette and a material palette. It was so simple and it exploded.”

This experience, Williams says, has led him to reappraise design and his role as a designer. He says: “For me sometimes it feels like design is the third teir down – and it’s all about putting it into context first – creating that brand, creating that communication and the design just naturally follows through.”

He adds: “A lot of that thinking has come from working at Habitat and John Lewis and the experience of working in Europe for bigger brands where there was a bigger picture there before you even started drawing.”

Crucially, by working directly with suppliers and creating his own brands, Williams believes he can create a situation that will make more sense both for him and for the buyer of the products.

The logistical set-up for his brand creations is that the manufacturer will invest the capital and the capability to create the products, while Williams will invest – and retain rights to – his IP.

He says: “I’ve done OK over the years with royalties and 3 per cent… but the margins and royalties here could be ten times what they would be for a brand.”

In terms of the cost price, Williams says: “In the last two jobs I had [at Habitat and John Lewis], you see the margins being made and in some respects I can’t stand it when I go out and see the prices of things.

“A lot of what we’re producing – especially the furniture – is extremely good quality, and while the margins are good the retail costs are going to be really very attractive – it’s one of my ambitions to make this affordable.”

In terms of the current design scene, Williams believes that developments in funding and manufacturing have made it easier for designers to create and bring products to market – but he offers two pieces of advice to aspiring designers.

The first is “distribution is king”. He adds, “Frankly, we could all sit down and design something beautiful tomorrow, but if you don’t think about what your market is, where it is and how to get your products there then you’ll go nowhere.”

The second is “suppliers are screaming out for more input – what they’re getting is renderings from brands and what they should be able to do is sit down with designers”.

Williams adds: “When I was in Italy before we even put pen to paper we were sitting down in front of the guy with the machine being lectured. And there were no inhibitions from him about who was the boss – he was telling us how our designs were going to be.”