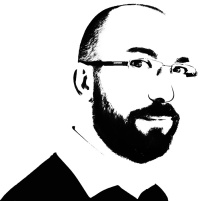 “What an ambition, what a line-up of founder supporters, what a nightmare of politics and egos – my hat goes off to them. The one attribute that seems to define the creative industries is that the vast majority of us do it for love – not just money. That’s our biggest strength and by far our biggest weakness. We applaud the dilettantes and sneer at the big commercial studios. But if we don’t take the ‘business’ seriously – if we don’t charge properly, or pay properly – then maybe we don’t belong in discussions with those who do. Maybe that’s no bad thing, maybe that’s how we like it – maybe that’s why we chose the creative industries. If CIF can provide a framework that retains our maverick sensibilities whilst giving us a powerful voice in discussions about education, legislation and public policy, then I’m in. I have high hopes for it – I’ve already signed up to find out about membership.

“The varying sectors of the creative industries don’t often communicate well with each other, and seldom sing off the same hymn sheet. It’s time that an organisation, or indeed federation, galvanised the collective voice of the creative industries – it needs to properly assess and represent their contributions to economy, culture and international reputation, and embed that into the political agenda. As its website states, it will ‘encourage members to break out of single sector silos in order to identify common interests’, which I commend but imagine will be easier said than done.”