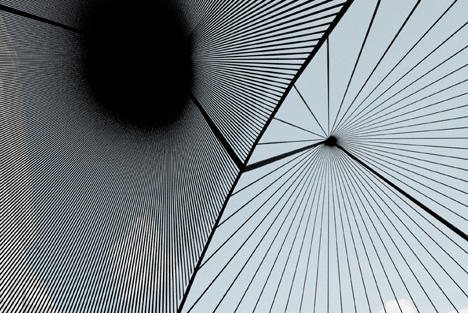 The Future Memory Pavilion has been commissioned as part of Singapore’s annual architecture festival Archifest and sits on the lawn of the National Museum of Singapore, sheltered underneath a Banyan tree.

The installation is formed from two cones, more than 8m-tall and 20m in diameter, which the designers say ‘echo the lost hills of Singapore’.

The cones are created from ropes which shade and create an interior. One holds ice and the other sand, with the installations of each material mutating over the pavilion’s life-span.

The designers say the use of ice references the historical importing of ice into Singapore, while the changing nature of the materials ‘act as triggers to evoke Singapore’s historic and contemporary attitude to climate and land culture’.

Vicky Richardson, director of architecture, fashion and design for the British Council, says, ‘Exploring the theme of future memory in this context has brought a new perspective to the issue of urban development in the UK.

‘Pernilla and Asif’s design has been technically challenging to build, but the process has been enlightening.’

The pavilion, which is in place until 19 November. is part of the wider Future Memory programme, which provides a platform for architects and designers from the UK and Singapore and is organised by the British Council and the Royal Academy of Arts.