Word To Mother – tattoo and graffiti artist turned artist – has produced a new show Essence of Adolescence, a series of wooden panel paintings. 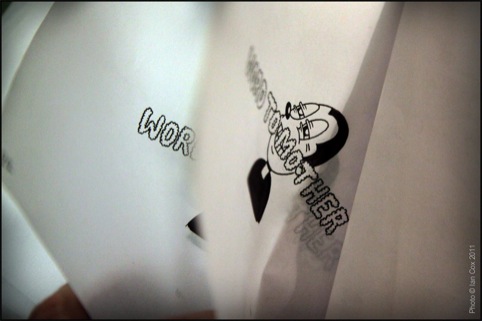 This show is being billed as ‘an exciting glimpse into the artist’s visually obsessed mind.’

Cartoons layered with abstract images and a loose freehand script honed from graffiti define his style. 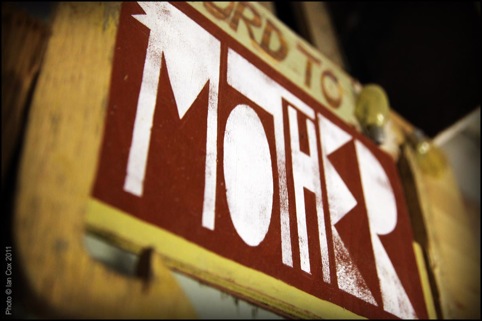 Colour-wise, we’re presented with the grey tones which make up his London home, contrasted with what he calls ‘seaside colours’ – fluros, reds, yellows and turquoise – a nod to his childhood seaside upbringing.

This side of the work has been conceived as the nostalgic and optimistic side of his work set-up as a deliberate contrast to adulthood.

Also from these halcyon days of yore, he references Sailor Jerry tattoos – which have become a Word to Mother leitmotif. And driftwood often becomes his canvas.