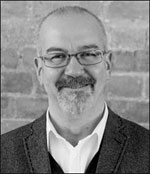 The move sees both consultancies continuing as individual brands but sharing back-office facilities and with a new management team overseeing both.

Vallance, who starts on 26 October, will work alongside Gore, with whom he previously worked at Vibrandt.

Vallance will take overall responsibility for Holmes & Marchant’s creative team, working with deputy creative director Richard Hunt. Vallance says, ‘The team has won a number of fantastic projects lately which I can’t wait to get cracking with.’