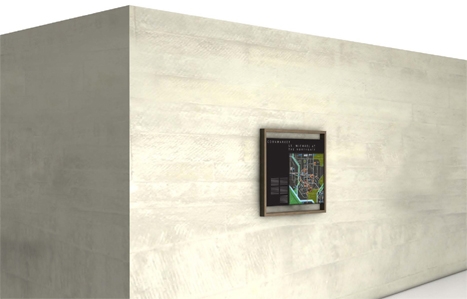 Two prototypes of the system have been installed in the city as part of a public consultation process, set to end on 7 November. The council is currently seeking a company to manufacture the signage after the final designs are selected.

Guy Warren, director at Placemarque, says, ‘Because of the location there’s a very strong conservation aspect. The council wanted a contemporary solution that would work in a heritage environment.’

Warren says that the signs will have open apertures at the top, creating a viewing platform, with QR codes directing visitors to webpages that give more information on the sites.

Part of the brief was to reduce ‘street clutter’, and the new system will see 60 signs installed in place of the current 85-90.

Warren says, ‘A map-based system doesn’t need so many signs – it’s trying to encourage people to develop a mental map of the city.’

The sign ‘family’ will include seven variants, all in bronze, including fingerposts, larger sings with information panels and wall-mounted signs that use a mainly ‘honey coloured’ palette, referencing Oxford stone, according to Warren.

Gordon Reid, project leader and Oxford’s city centre manager, says, ‘In researching the project we looked at wayfinding systems in other city centres.

‘The design solution we have developed draws on ideas from these cities but is bespoke to Oxford. Oxford is a city with a unique character and history; the new signage reflects these strengths and represents a forward-thinking city that is respectful of its heritage.’

Is hoped the full signage system will be installed by April 2012. 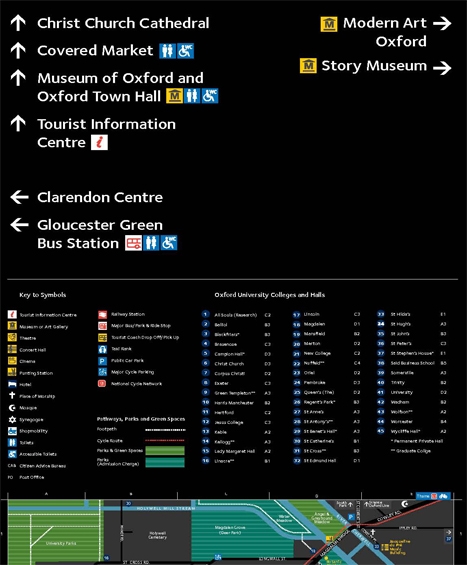 And now for the science bit…