To describe Alejandro Jodorowsky and Moebius’ The Incal as a classic is something of an understatement, and its is now being released in a six-volume omnibus edition. 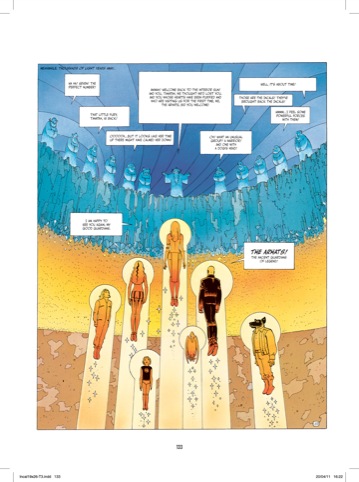 The graphic novel’s influence is seen perhaps most obviously in films such as Alien, Blade Runner, Dune and The Fifth element, with the book undoubtedly a touchstone for Luc Besson and Ridley Scott.

The stunning tome presents the work of artist Moebius, (also known as Jean Giraud or Gir) in all its original glory, bringing the writing of Jodorowsky into a vibrant, visceral sci-fi realisation.

The tale sees its protagonist, John DiFool and his sidekick Deepo fighting to save the universe from evil. DiFool, a private detective, has found himself entrusted with the Incal – the most powerful object in the Universe – and thus, is transformed into a messiah-like figure.

The edition brings together all six volumes of The Incal, which were published in France between 1981 and 1988. Colourists Yves Chland, Isabelle Beaumeney-Joannet and Zoran Janetov painstakingly restored the original colouring, while the book itself was designed by Jerry Frissen.

The Incal is published by Self Made Hero priced £29.99