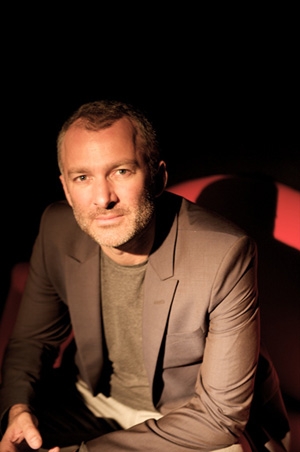 Williams led the creative direction at Habitat for four years, and will focus on home trends including development of furniture, lighting and 3D design. Harrison will focus on the development of seasonal trends and designs for entertainment and dining until her retirement in 2013.

Peter Ruis, director of buying and brand at John Lewis, says, ‘Theo is a heavyweight in the design industry, and his appointment shows our continued commitment to design, and ensuring that we bring the very best home offer to our customers.’

Habitat was bought by new owner Home Retail Group in June, with the company saying that the in-house design team would stay on during the ‘transitional period’.

Home Retail Group says that as Habitat is still in receivership they are unable to announce a replacement for Williams.

The home department of the Stratford store is the first to showcase the new approach to home design, featuring designer collaborations including Clements Ribeiro, James Joyce and Ptolemy Mann.

John Lewis Stratford’s Home Design Studio concept allows customers to browse swatches and interiors magazines before consulting in-store home designers, and will now be rolled out across other the Cheadle, Southampton, Peter Jones in West London and Reading branches.

A John Lewis spokeswoman says, ‘The home concepts are a really big step for us. It’s part of a longer process – Theo’s appointment and putting more emphasis on shop fit are really key.’