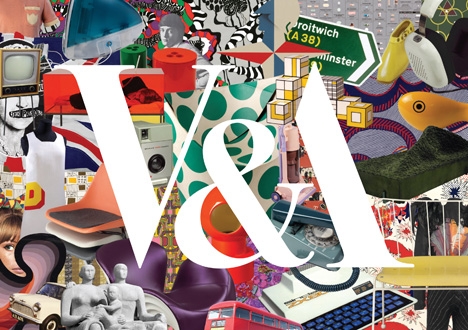 Ben Kelly Design is working on the 3D design for the exhibition, which spans three galleries themed Tradition and Modernity, Subversion and Innovation and Creativity.

Ben Kelly will create a ‘facsimile’ of part of the Hacienda club,  which he designed for its opening in Manchester in 1982.

Kelly says, ‘We’re rebuilding it in a corner – the V&A galleries have such high ceilings, like the Hacienda. They’re showing some of the Peter Saville work and he and I were both involved before.’

He adds, ‘There’s work by people I was influenced by at art school like Max Clendinning  – it’s a massive privilege to be providing a backdrop to an exhibition of all this extraordinary work.’

Kelly says the designs will be influenced by the workspaces and studios used by the artists and designers featured in the show. The space will also feature a recreation of a Max Clendinning room, with  the Festival of Britain and Coventry Cathedral having a ‘strong presence’ in the space.

Barnbrook created the visual identity (pictured) and catalogue for the show, an image formed from  a collage of pieces featuring in the exhibition. The image can be reconfigured or varied in size to suit its application.

Barnbrook was appointed to the project in March this year following three-way pitch. The design will be used across marketing materials such as posters on public transport, banners and ‘possibly’ gallery signage, according to the consultancy.

Dan Streat, Barnbrook designer, says, ‘They were concerned about it being a representation of great British Design of the post-war period, so it’s been a process of refining it and creating something flexible for different applications.’