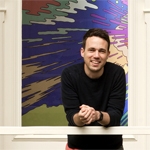 ‘There are flags which are more meaningful to me, but (perhaps predictably) as a designer, I would have to elect Japan as having the best flag design. The representation of the sun in its purest symbolic form (a red circle) is so simple in execution but also a perfect interpretation of The Land of The Rising Sun. So many other flags are cluttered with cryptic symbolism – if you think of a flag as a country’s logo, then Japan’s is the perfect solution.’ 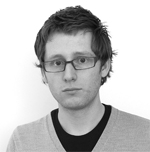 ‘In my search for the answer to this one I came across some work by WHYBIN/TBWA to promote Sydney’s International Food Festival, where flags of participating countries were created from popular local foods of each nation. The Italian flag, for instance, is formed from parallel vertical lines of green basil, white spaghetti and red tomatoes, whilst Japan’s is a single circular cut of tuna on a white place. Gorgeous edible flags. It doesn’t get any better than that.’

‘I’m split between two – The Tibetan flag is very busy. Crazy sun over drgaons with fire. What’s not to love? But also, I think the former Libyan flag is brilliant for the opposite reason – just a plain green rectangle. It’s like they’re saying, “We’re Libya. We’re not going to impress anyone with our stripes, or dragons, or castles. Just lots and lots of green”.’ 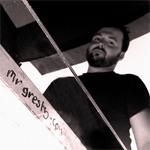 ‘Our Union Flag is dynamic. South Africa’s has a bold colour combination and Greenland’s isn’t green, it’s in Danish red and white! In my eyes it has to be Hong Kong’s five-petaled orchid. But this is not a “national” flag. Last March when Fukushima was hit by a tragic nuclear disaster, illustrators and designers filled the internet with their own adaptations of the Japanese flag to heighten awareness and bring aid. The best flag has to be the simplicity of Japan’s red sun.’ 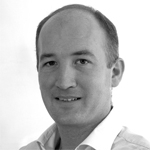 ‘My choice has to be the Japanese flag. It is bold, beautifully simple and instantly recognisable among the world’s many national identities. Its simplicity lends itself to prominent symbolism in which ever way you wish to interpret it. This was demonstrated earlier in the year by the design community’s amazing response to the Tsunami and earthquake as they heroed the flag’s design as a means of raising support and awareness.’

Government to commission design through ‘hubs’ as COI is wound down