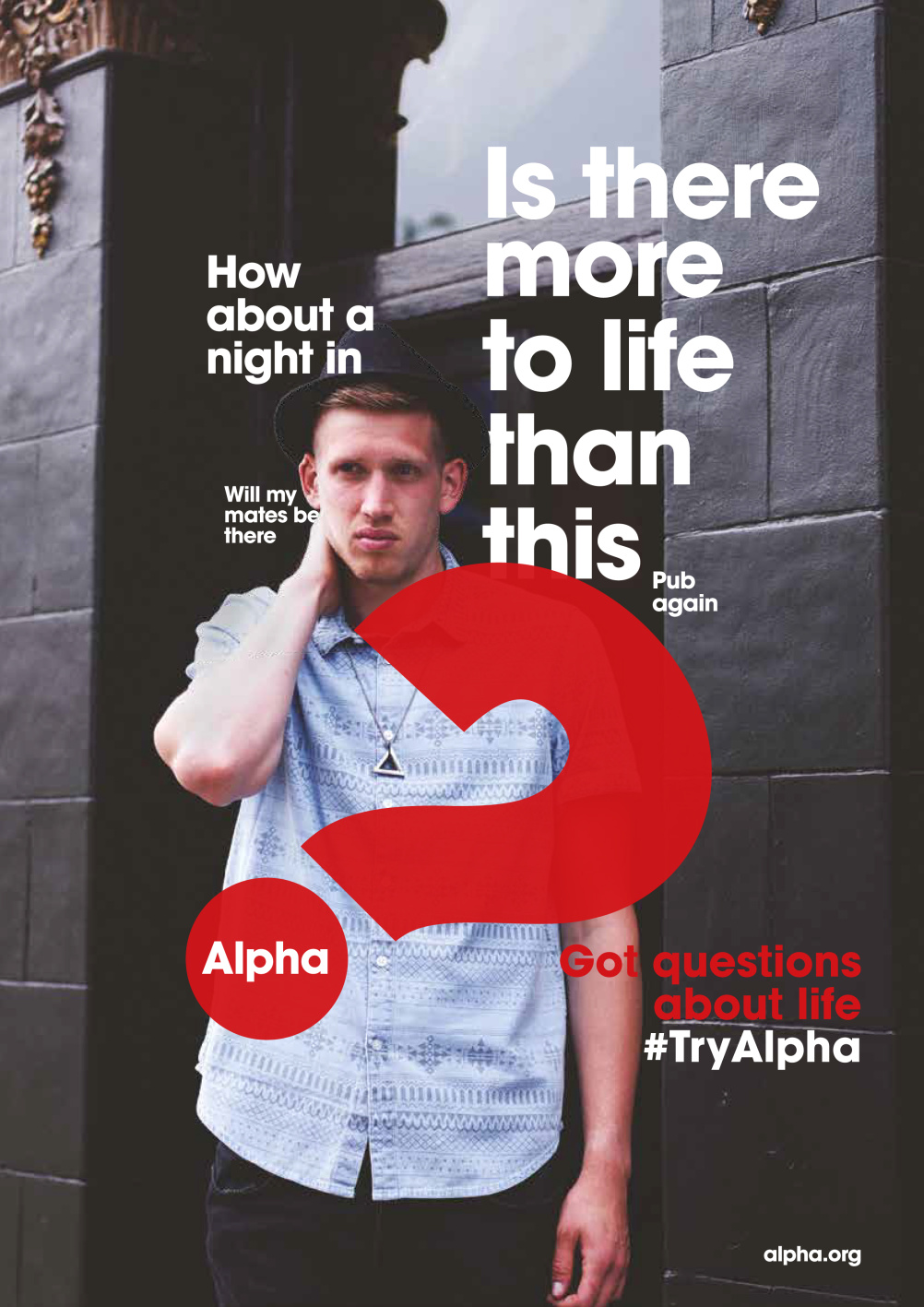 The Alpha course was launched in 1977 by Reverend Charles Marnham at Holy Trinity, Brompton. Course are now taught around the world in churches, homes, workplaces, prisons and other locations.

The rebrand was developed by a team of creatives – Campbell Butler, Robyn Butler, Fleur Isbell, Rosie Isbell and Ije Nwokorie. Several members of the team work at Wolff Olins, but the project was run independently of the consultancy.

Nwokorie, managing director at Wolff Olins London, worked on the strategy element of the rebrand. He says he started work on the project in January, and found out about it through colleagues at Wolff Olins who were working on it.

Nwokorie says, ‘What was clear was the desire they had to update their brand for the very social, very diverse, non-religious but spiritual world that we live in.’ 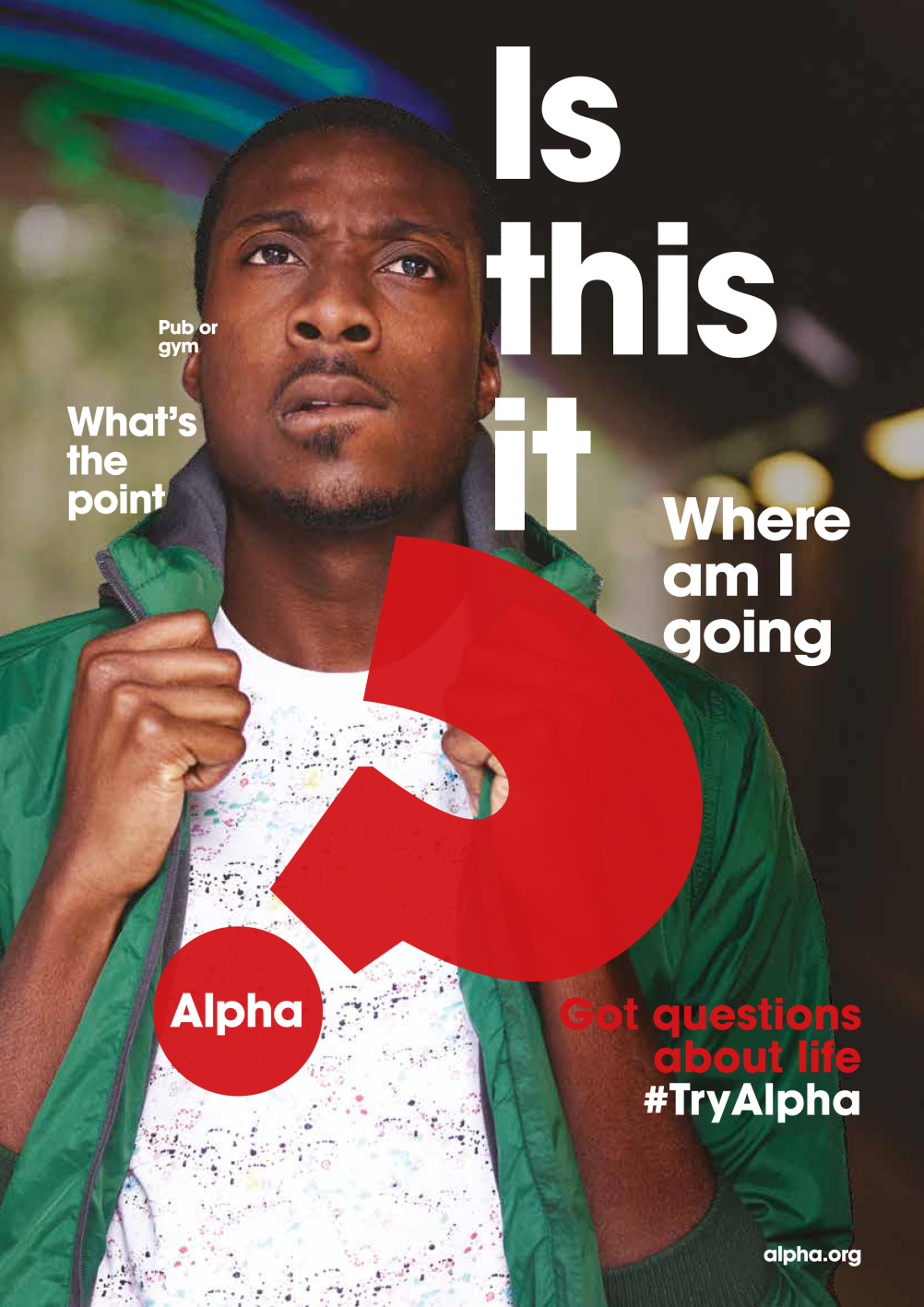 He adds, ‘Alpha started with one church group, and it’s now got a presence around the world, it had outgrown its previous branding.’

Nwokorie says, ‘Alpha already has a clear purpose – it’s an invitation, not a sales pitch. Unlike most brands it doesn’t have answers, instead it invites questions’.

The new Alpha look is ‘based on the notion that everyone has a unique question that they carry with them,’ says Nwokorie.

He adds, ‘We felt that here is an organisation that could own something as iconic as a question mark.’

The new branding was revealed internally to church leaders earlier this year, and is now rolling out on the new-look alpha.org website as well as on a poster campaign across Tube, train and bus sites. 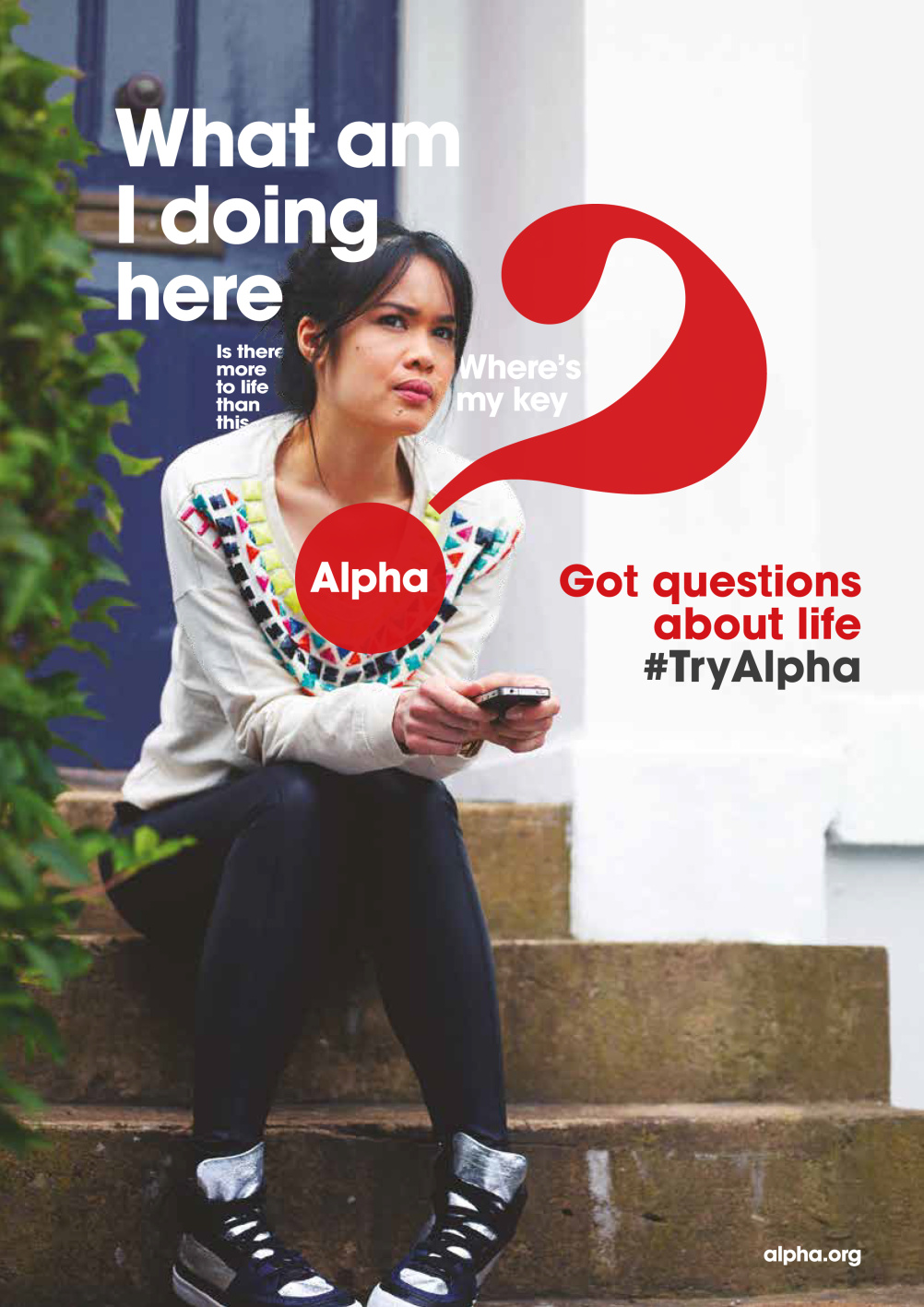 The new website allows Alpha course leaders to tailor and run their own courses.

Alpha has also launched the new Alpha Life magazine – an 80-page print publication. The first issue features an interview with the Archbishop of Canterbury Justin Welby, as well as features on leadership and culture.

What domestic problem would you like to see addressed through design?

Five pies and an onion