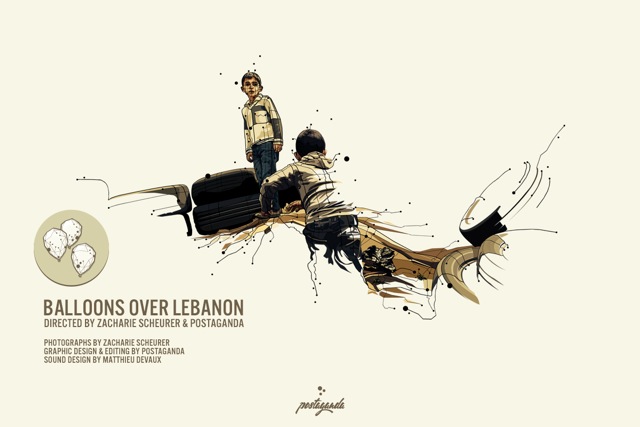 Graphic artist Postaganda has teamed up with conflict photographer Zacharie Scheurer on Balloons over Lebanon, a moving image project highlighting the struggle of Syrian refugees living in Lebanon.

When Schenurer completed a photographic study of the Syrian refugee situation in Lebanon, ‘the photographs he took were so intense he decided to use them as a starting point for an art project’ says Postaganda. 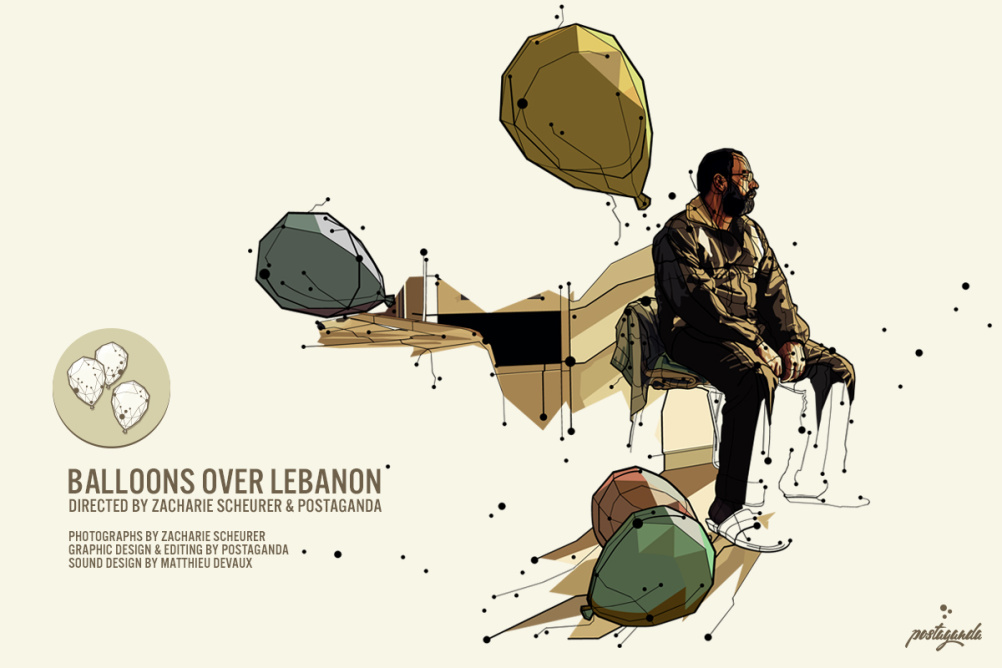 Postaganda turned these photographs into graphic-photograph hybrids and teamed up with sound designer Matthieu Devaux, before a video was created.

‘I did all the graphic design, 3D and illustrations, and all the editing,’ says Postaganda.

The two-minute film really captured our imagination. There’s a bewilderment and loneliness to the photographs, which have been given movement and a sense of place and atmosphere, all at a reverential arms-length.