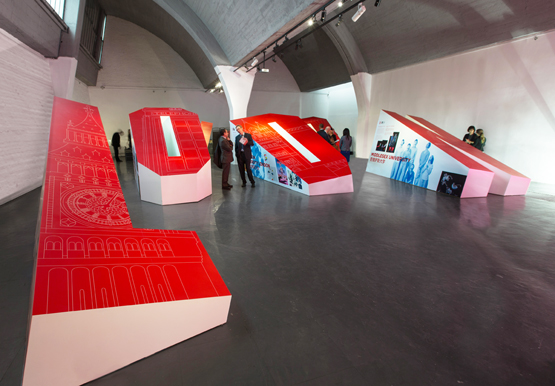 The client, London Universities International, is a consortium of 15 London universities which are promoting themselves in the Yang Gallery, Beijing.

Senior politicians including London Mayor Boris Johnson and Chancellor George Osborne have been in China this week promoting London as a University study destination.

Creative director Michael Johnson says that Johnson Banks was briefed to create a temporary exhibition that could show ‘a curated sample of the universities projects.’ 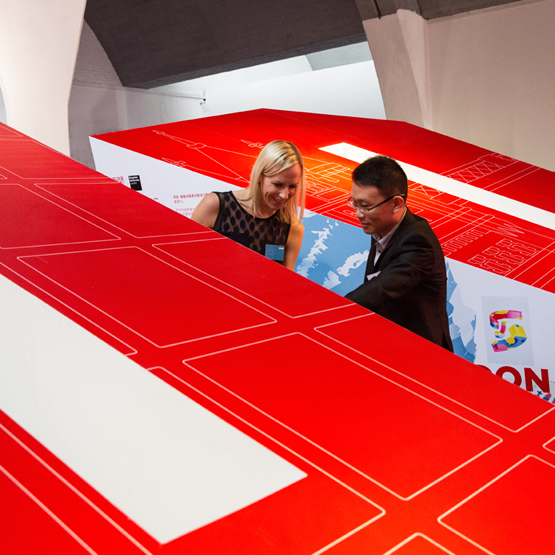 Finding a typographic solution, spelling out #London# stretched anamorphic letters have been installed, featuring London landmarks on the front and university projects on the sides.

Michael Johnson says, ‘To add to the visual effect, the letters themselves twist and turn, creating an unusual typographic landscape.’ 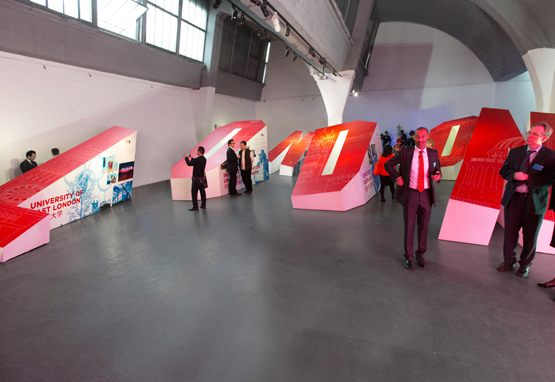 The double hashtag has been introduced so that users of Weibo, a Chinese equivalent of Twitter, can communicate information about the show, which is bilingual.

SomeOne turns to Spirograph for new identity