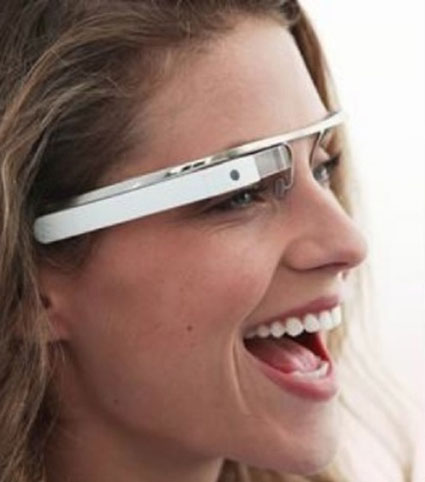 The product was initially made available to around 10,000 people in the US – mainly developers – who applied to be a ‘Glass Explorer’.

According to Google the ‘Explorers’ will now have ‘a one-time option to swap out their existing Glass for a new one’.

The company says, ‘This hardware update will allow your Glass to work with future lines of shades and prescription frames, and we’ll also include a mono earbud.’

This means that users will be able to integrate prescription and sunglasses.

Any Explorers who bought a device before 28 October will be eligible for the swap. These people will have paid $1,500 (around £927).

Meanwhile Google is ramping up production for the new Glass product and will roll out its invitation business model used for Gmail, where early adpoters invite people to use  – or in this case buy – the product.

Google says, ‘Over the next few weeks, all Explorers will have the opportunity to invite three friends to join the program. They’ll be able to buy Glass online and can have it shipped to their home, office, treehouse or igloo.’

This could see the Glass available outside the US, which has not been the case previously.

The Financial Times has reported that Google Glass will be available to the general public next year.

3D holographic heart surgery hailed as ‘the future of healthcare’

Do we need a Minister for Design?