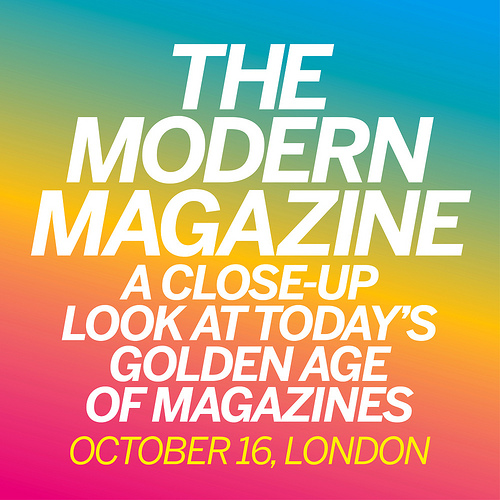 In addition, Bloomberg Businessweek creative director Richard Turley is flying in from New York, and Apartamento co-founder Omar Sosa is coming over from Barcelona.

Sprinkled among the keynote speeches will be a series of shorter presentations by independent magazine founders, including Davey Spens of Boat, Cathy Olmedillas of Anorak and Eye co-owner Simon Esterson.

Two panel discussions will look at independent magazines and women’s magazines, which Leslie describes as ‘a much-maligned area of publishing often overlooked at creative events’.

Leslie says the aim of the day is to combine the keynote talks with the briefer presentations and panel discussions. He says, ‘The schedule mixes these up to give some contrast and pace. Think of the day as a magazine…’

The Allotment looks to change perceptions of procurement with Proxima rebrand