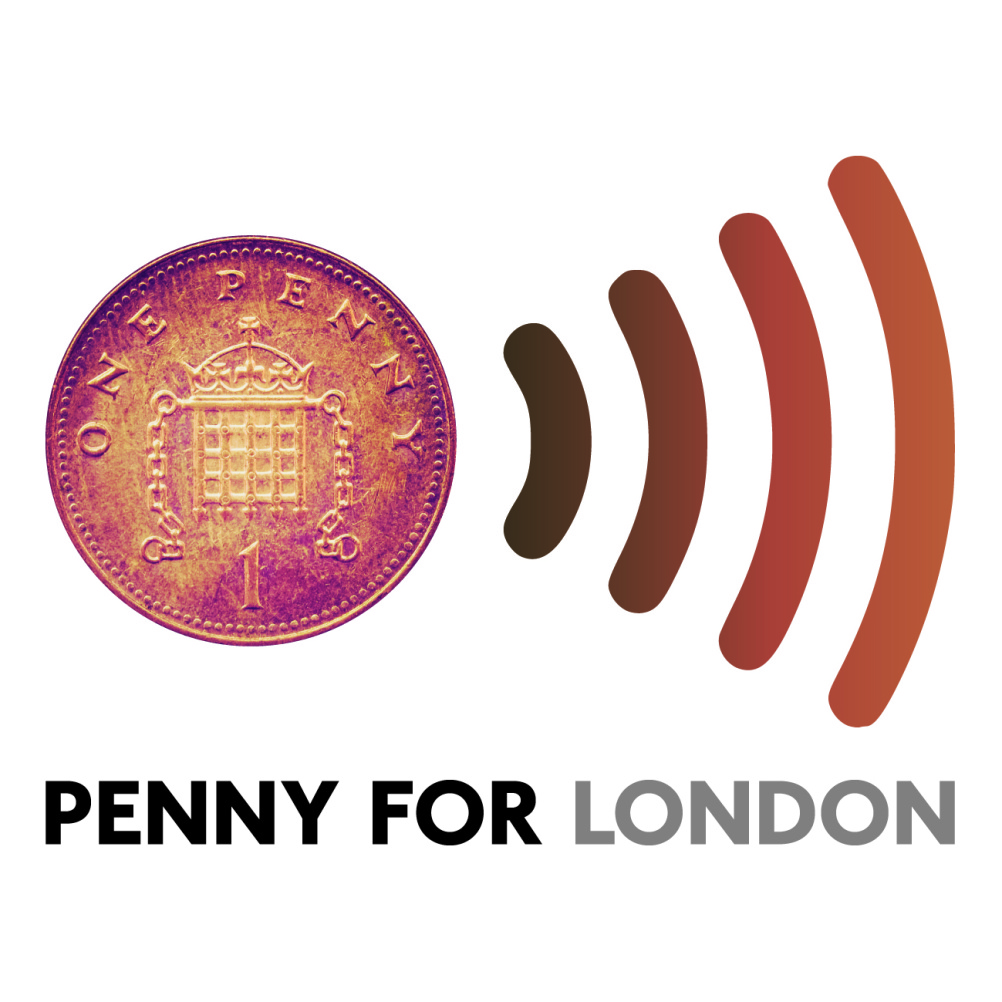 Penny for London is a new donation scheme allowing Londoners to make donate as little as 1p every time they make a contactless payment.

M&C Saatchi is behind the branding, positioning and advertising. A strapline “easy1peasy” has been created an accompanying poster campaign plays with this idea further. 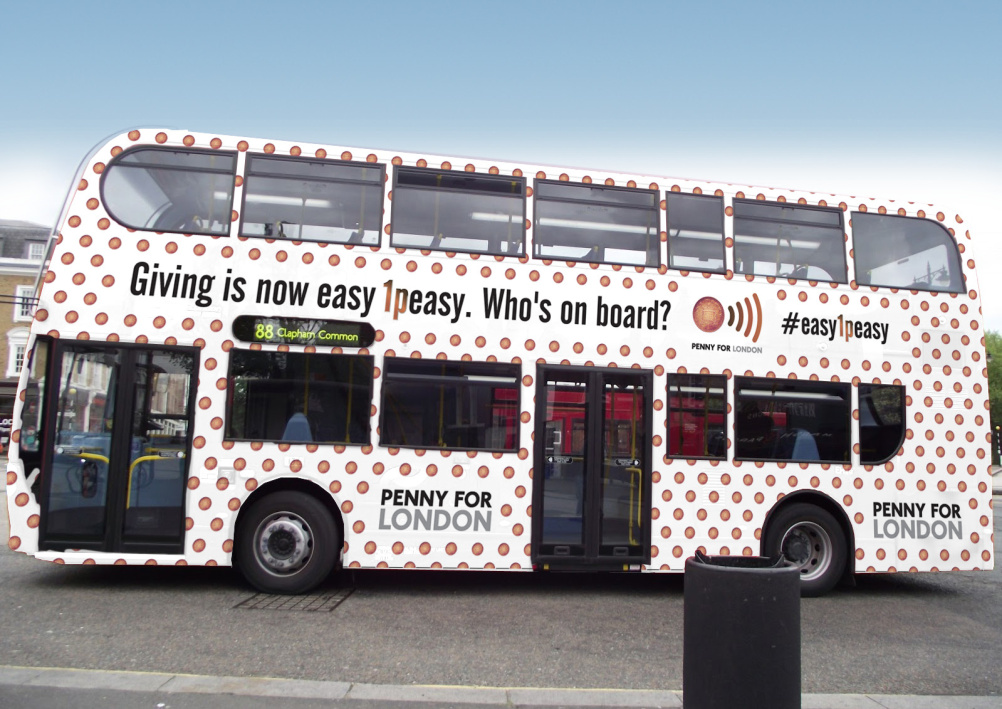 The identity features the concentric ripples of the contactless payment mark treated with a copper palette and placed next to a penny.

A campaign will run across the Transport for London network (including a bus wrap) as well as press, radio, digital and social channels. 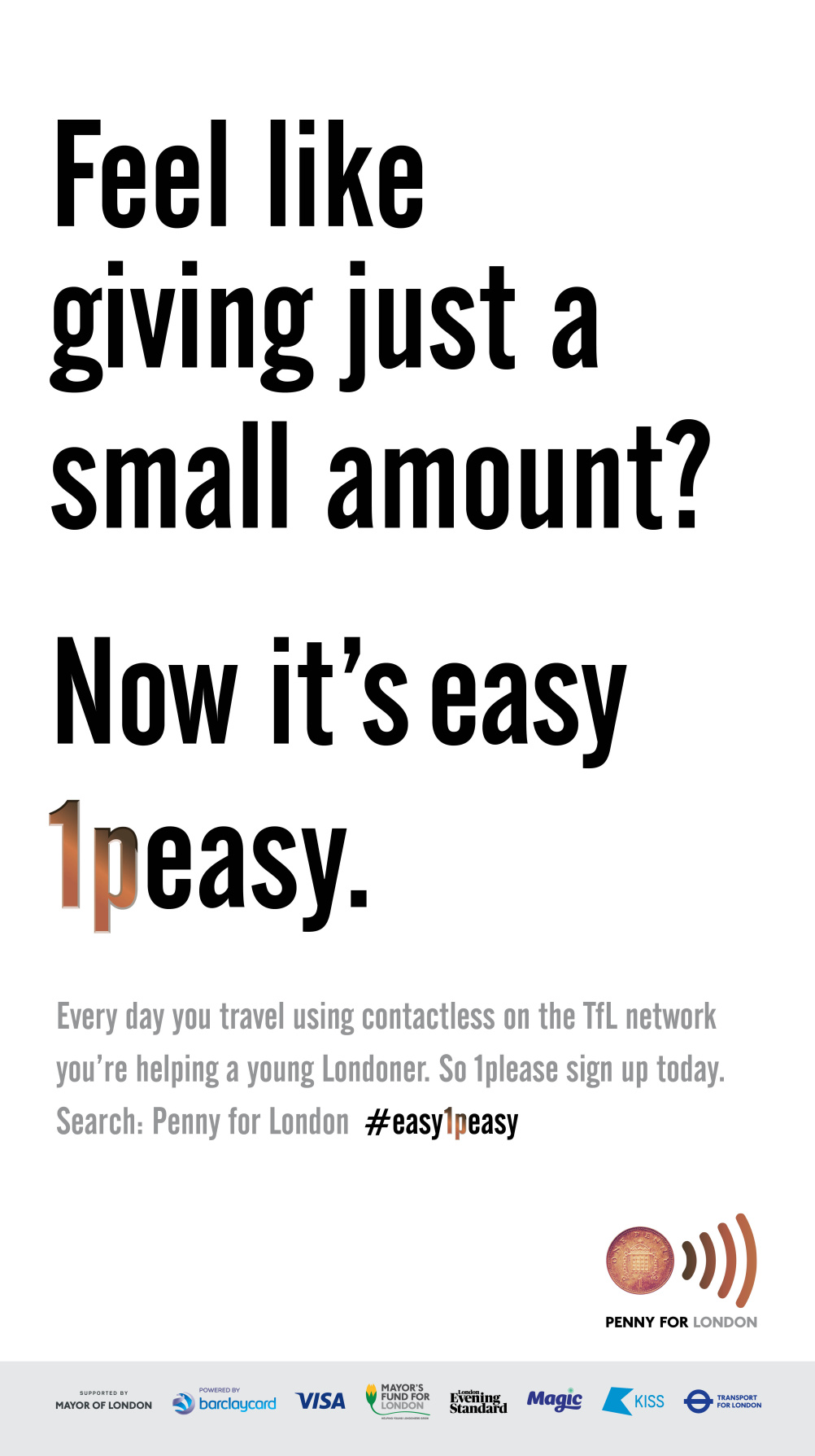 Boris Johnson, Mayor of London, says:  “Penny for London is a big, bold idea that will revolutionise the way we give to charity.  Enabling people travelling around the city to pool their pennies could potentially add up to hundreds of thousands of pounds.” 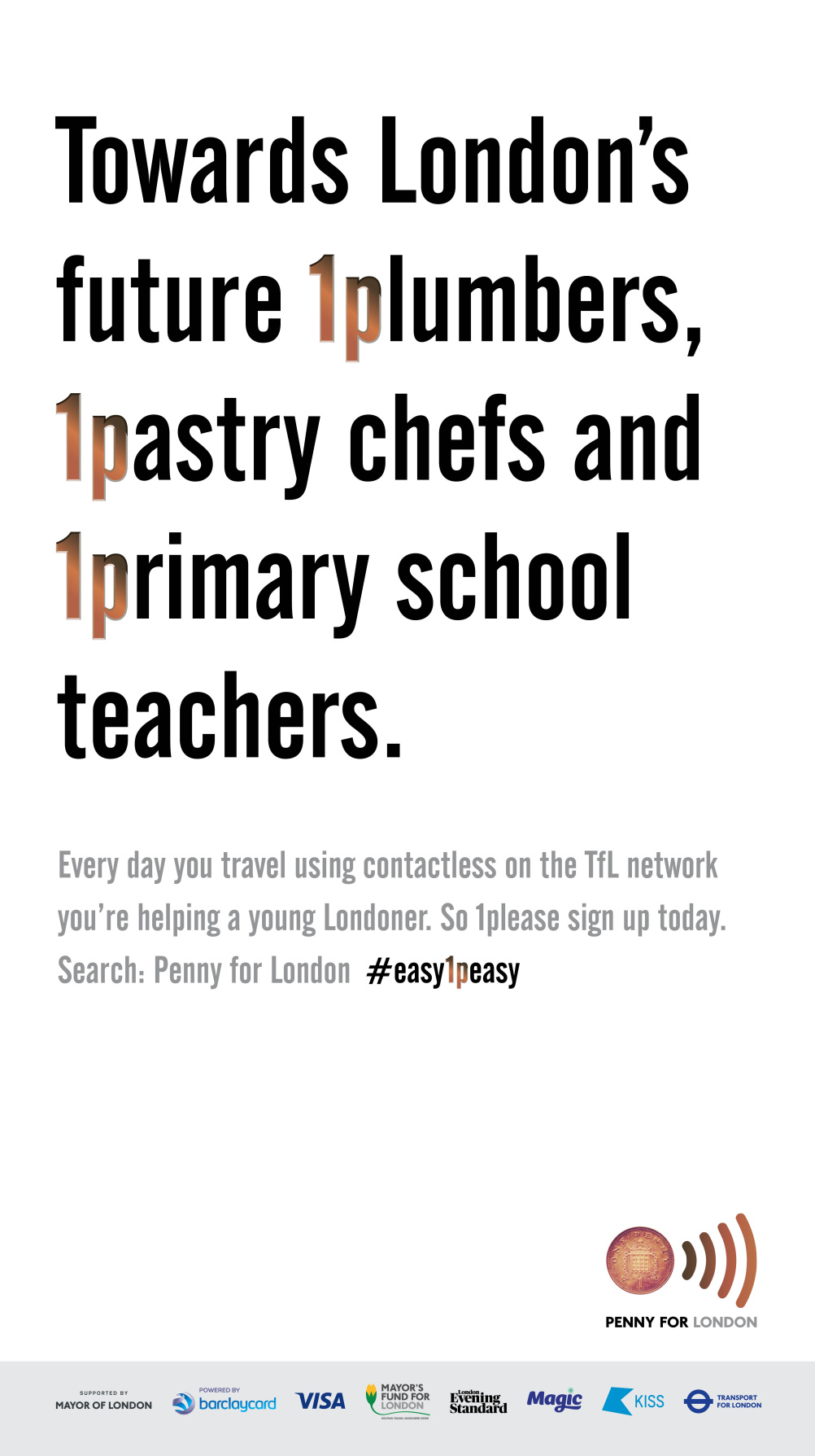 The money made through the scheme will be distributed to charities and organisations working with disadvantaged young Londoners across the capital.