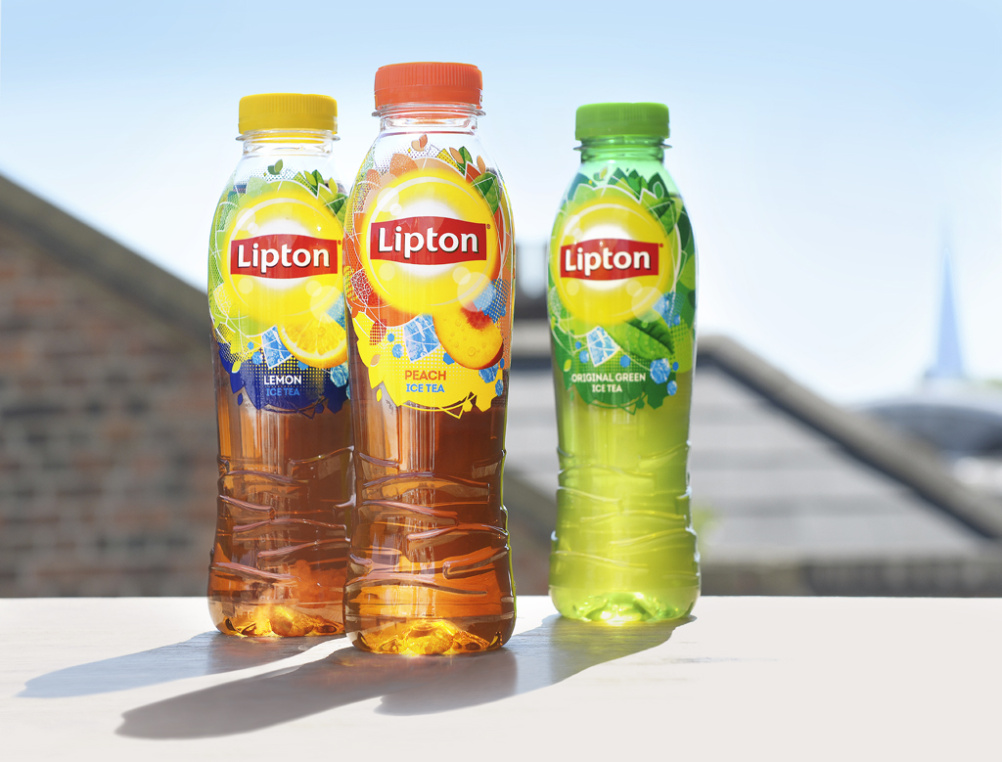 The new look has been designed to fit in with Lipton’s overall repositioning and highlights taste as well as reflecting “the uplifting properties of tea”, says Design Bridge.

“Millenials” (18-24 year-olds) have been identified as a target audience and the design has been imbued with a sense of “energy, dynamism, and freedom” to this end, according to the consultancy, which says it has also tried to capture a sense of “possibility” and “making the most of now.”

There are designs for 35 flavour variants and Design Bridge hopes the brand can compete with both carbonated soft drinks and teas on-shelf. 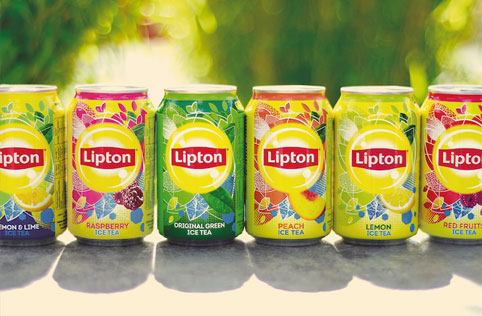 The designs are also a product of the “abstract influence” of parkour (free running) and share a sense of “bursting energy and movement” with the sport.

A sun illustration shows the “uplifting and revitalising qualities” of the drink and its association with beach culture, says Design Bridge.

The words “Ice Tea” have disappeared from the pack, which now just reads “Lipton”.

Design Bridge creative director Claire Robertshaw says: “This change marks a significant shift for Lipton and Lipton Ice Tea. Previous Lipton designs were based on function and product, but now, rather like other carbonated soft drinks, the goal is for more emotional engagement with consumers, making Lipton products synonymous with people’s desire for natural revitalisation, uplift and a healthier alternative.” 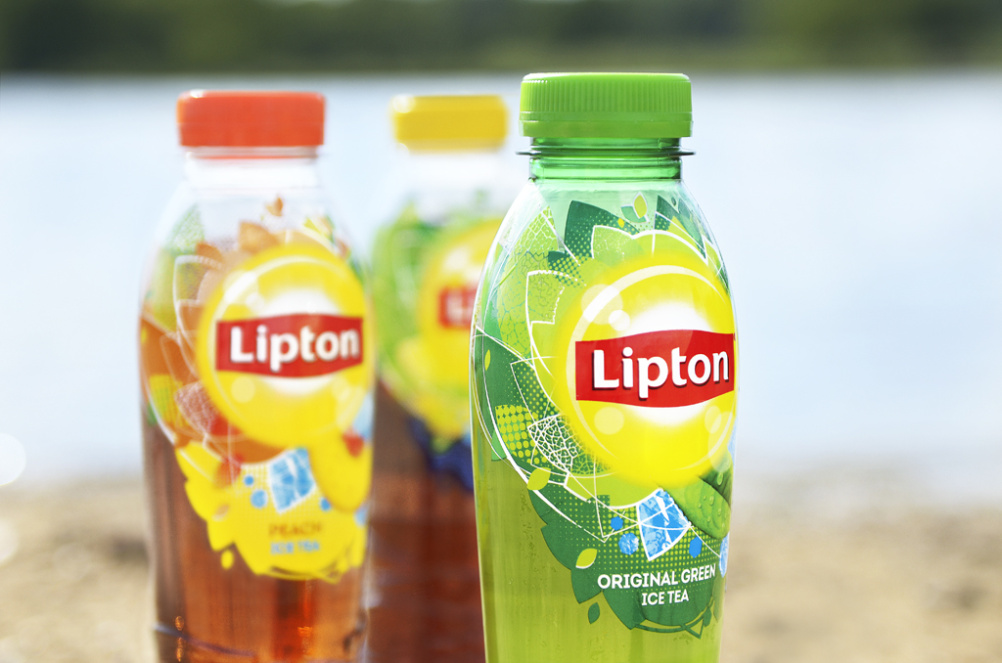 The consultancy has also designed a new bottle, which has been honed to work on different filling systems across Lipton’s global network of distributors and franchise operators.

Global strategy and innovation director at Lipton Ice Tea says that the new bottle has a “unisex profile” and a “cartouche echoing the iconic Lipton motif”. The Lipton cartouche is also embossed in the main body of the bottle.

Art Rules! (And how to break them)

Trunki falls into the red after losing design “copying” case