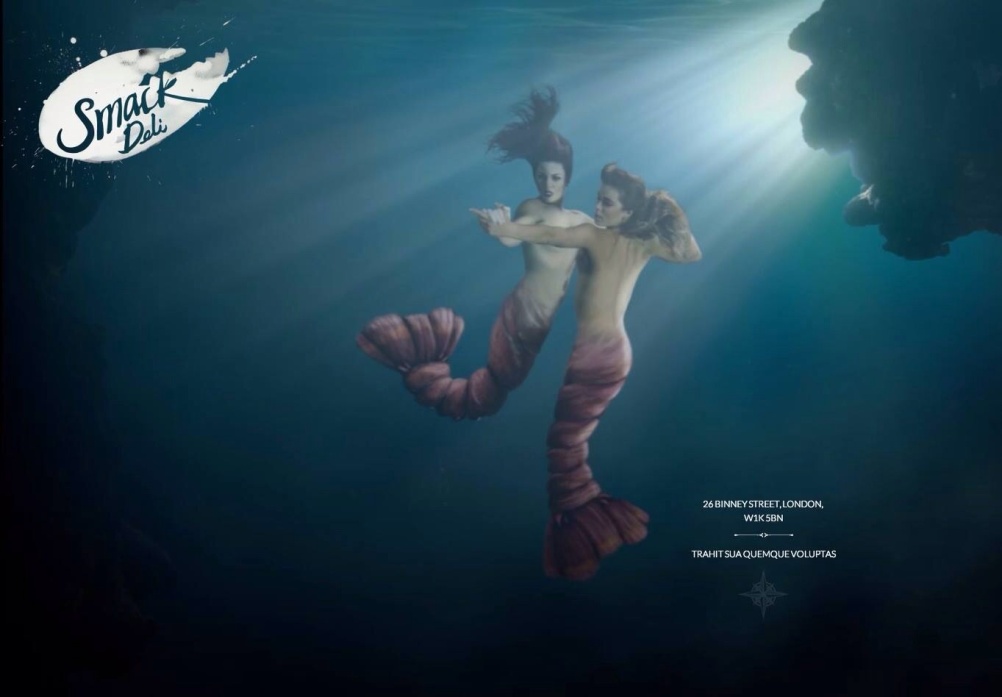 Graphicks says it worked with Goodman on the naming and developed a creative concept around “seductive and haunting sirens”.

Graphicks was given the lobster claw device, which frames the typographic identity. This is also used elsewhere to carry other messaging.

The consultancy conducted an underwater shoot with models and then developed CGI images of lobster-tailed sirens in a bid to create a “seductive” environment.

This image is projected onto the walls inside the restaurant and animates gradually over two minutes. The same moving image can be seen here.

Graphicks director Will Hicks says: “The tail moves very slowly and so does the hair; it’s subtle to create a seductive and haunting illusion.” 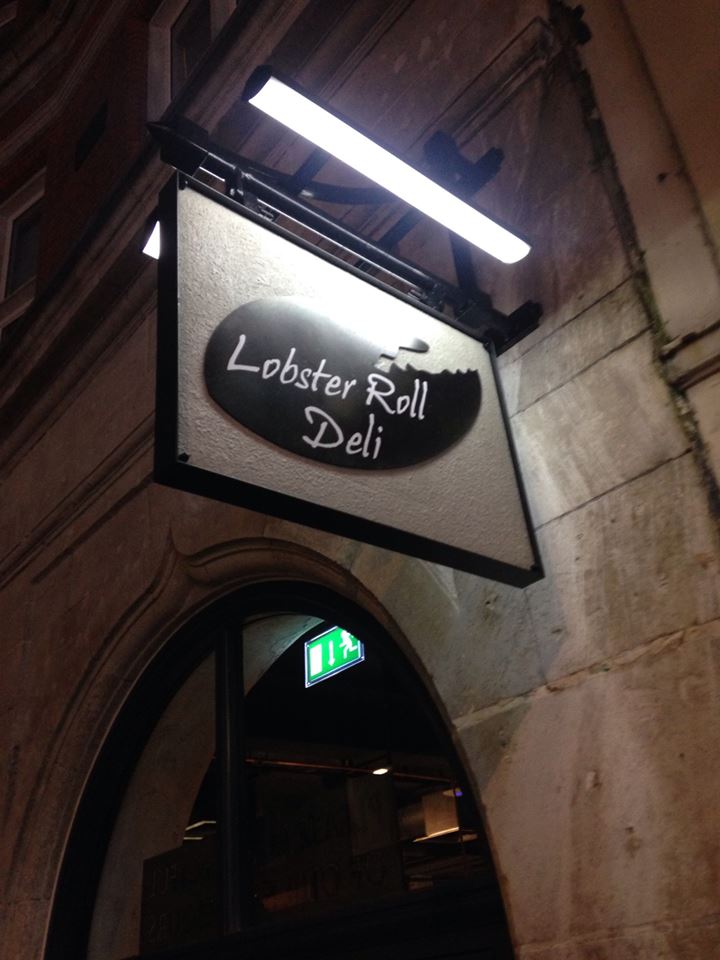 Takeaway boxes have been designed that are black with spot varnish, and Graphicks has also designed menus. 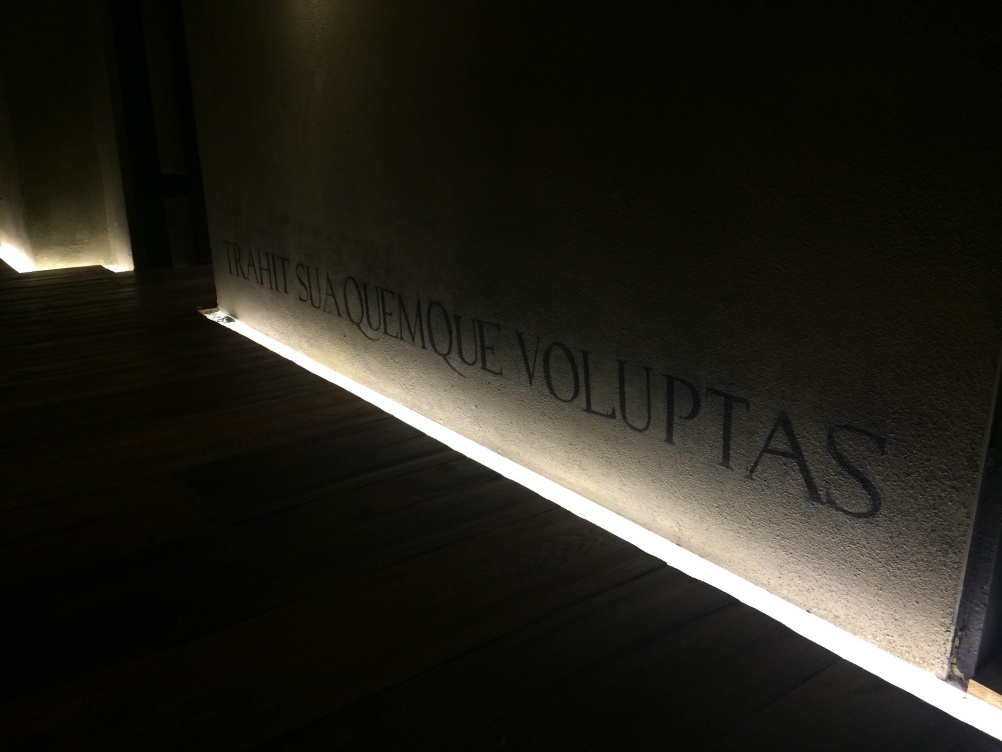 Hand-drawn typography including a twitter handle and Latin text can be found applied to the walls. 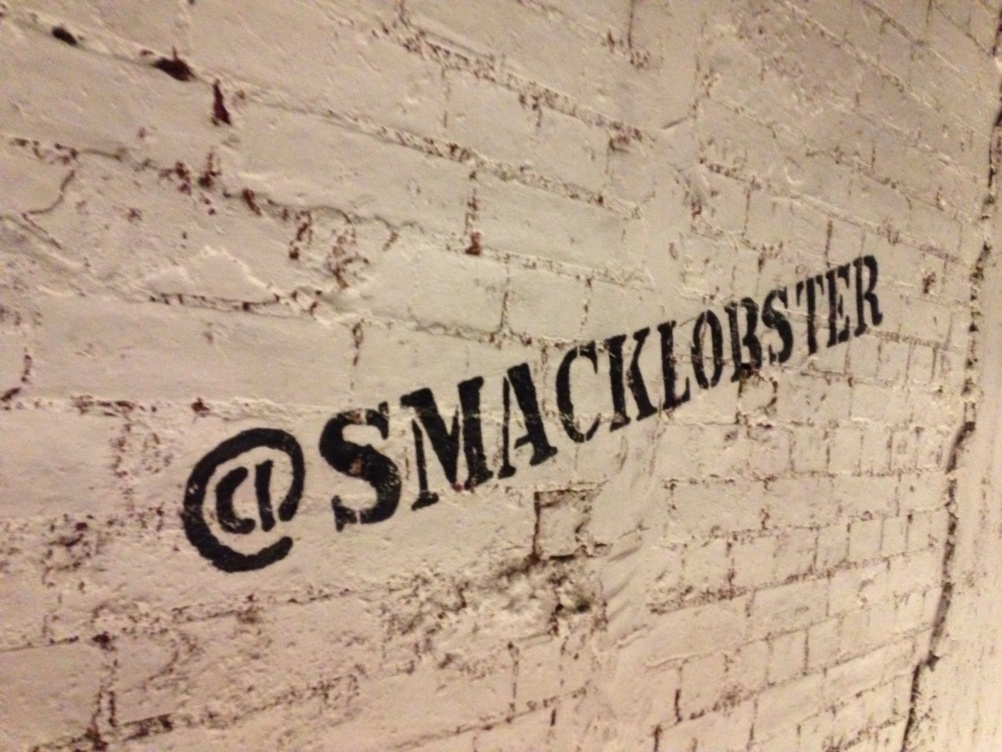 Hicks says he wants to use the project as a spring-board “to work with other dynamic and leading companies within the restaurant sector”.

The interiors of the restaurant have been designed by Design LSM. The consultancy has worked on the interiors of all of Goodman’s reataurants and for Smack was tasked with creating something “very stripped back and minimal” according to Design LSM projects director Andrew Harwood. 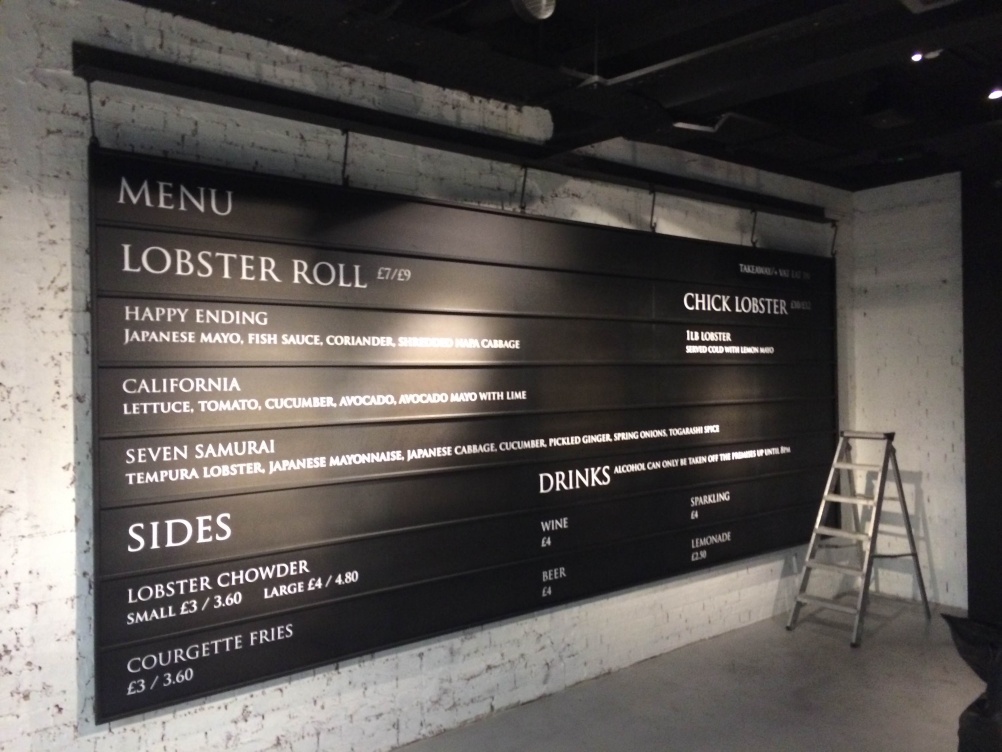 He says: “The basement is a very broken up space with huge amounts of steel so we exploited that as an attribute introducing seating hung on a metal frame from the ceiling and uplit the space with trough lighting to make it feel warm and cosy.”

Black and rusted steel have been introduced, exposed brick work and untreated concrete. Behind the bar large stainless steel wine vats (normally used in wine production) will be used to serve wine from.