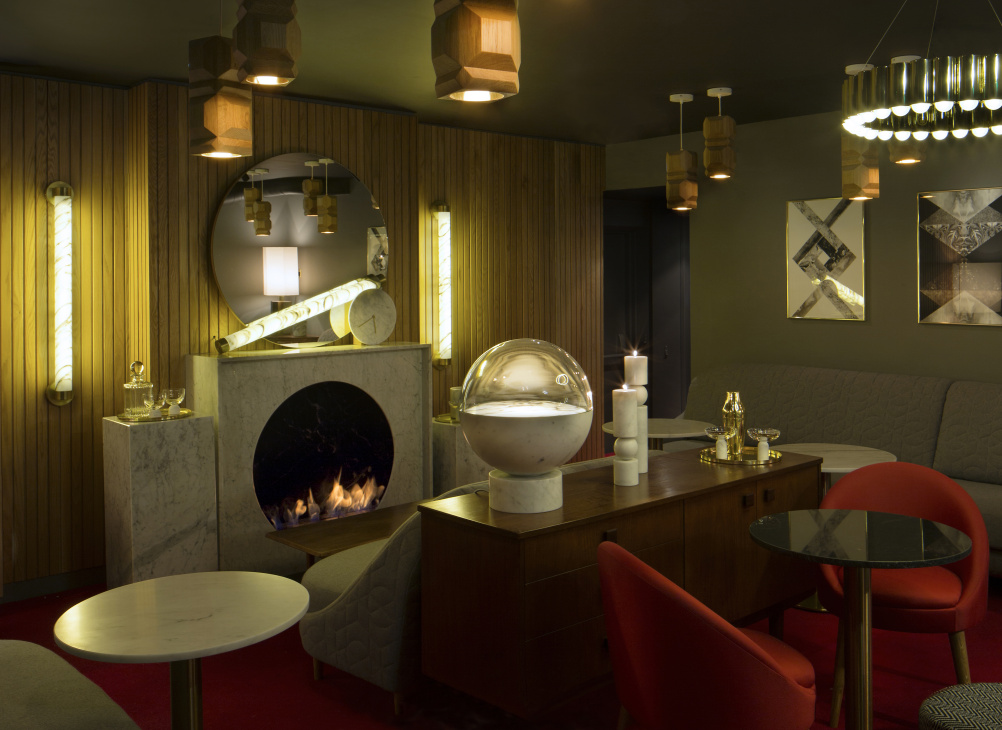 The venue is located on Soho’s Wardour Street and has been designed for sibling business partners Maria and Costas Constantinou, who also co-own the Arts Theatre Club.

Up to 75 guests can be seated at once and five arched cloisters provide additional privacy for groups of 8-10. Each has been named after “an infamous lady of the night”.

One features a low cocktail cabinet, which when opened reveals your drinks order. (It is secretly accessible from the main bar). 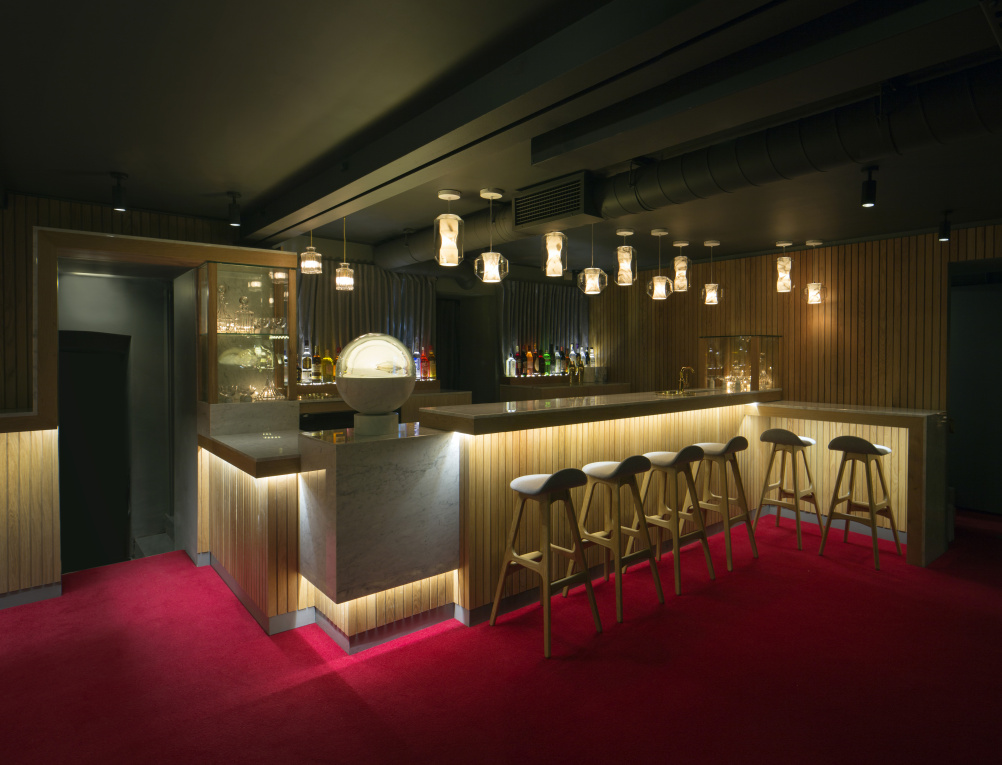 It is the first project in which Broom has used his Nouveau Rebel marble lighting collection. It launched at London Design Festival 2014.

The collection includes the Globe Light, which gives off a “warming glow” and Marble Tube Lights, which frame the bespoke marble fireplace surround, while On The Rock glassware is used to serve cocktails.

Meanwhile pieces including ‘Decanterlight’ and ‘Crystal Bulb’ from Broom’s other collections have been adapted with new cuts and there are also solid oak OLO pendants and extended quilt sofas.

The venue is spread out over several levels and incorporates vertical paneling and a muted grey palette for walls , while accessories and upholstery feature accents of bright colours, a red carpet and “flashes of brass”. 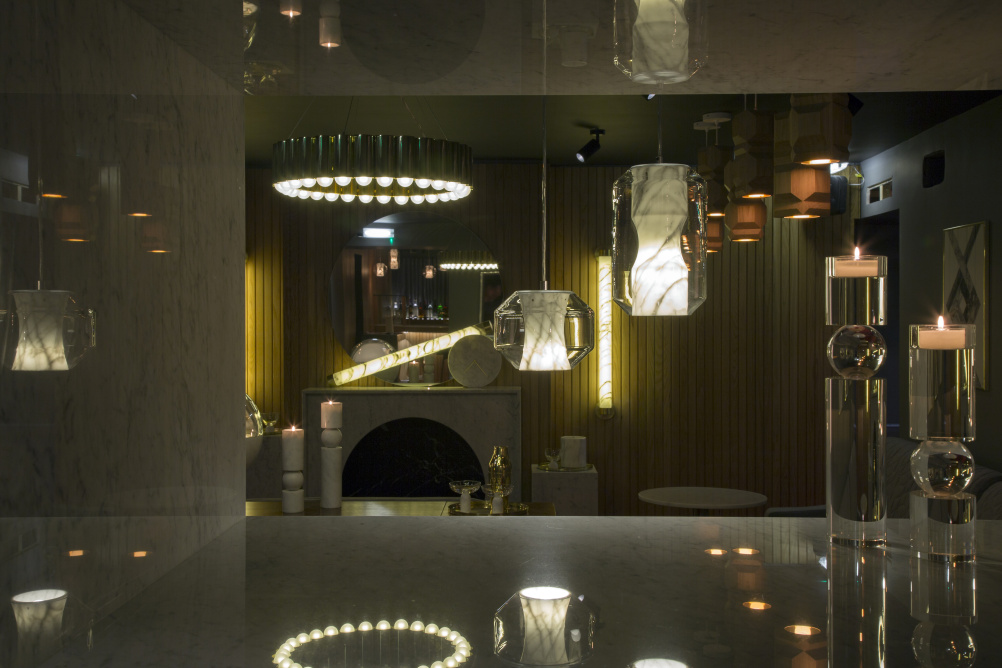 Maria Constantinou says that Broom – who she has worked with before – was appointed in the planning stage of the venue.

Broom, who has also created the branding says: “I thought about the kind of personal service I like to receive in a venue and the theatre of creating drinks in front of you or presenting the food in a way, which considers its interior, like you would at home.

“The design has been created around those elements and much like the service informs the design, the design of the interior influences the service. For example, marble features throughout the venue in the lighting, the furniture and right through to the barware and tableware we have created. It is a dream project for a designer and I believe will be a real gem for Soho”.