Pearce has created a new identity for the retailer, with Ramchandani working on tone-of-voice. Russell, meanwhile, has developed a new interior design, which is rolling out across Moss Bros’s portfolio of stores. 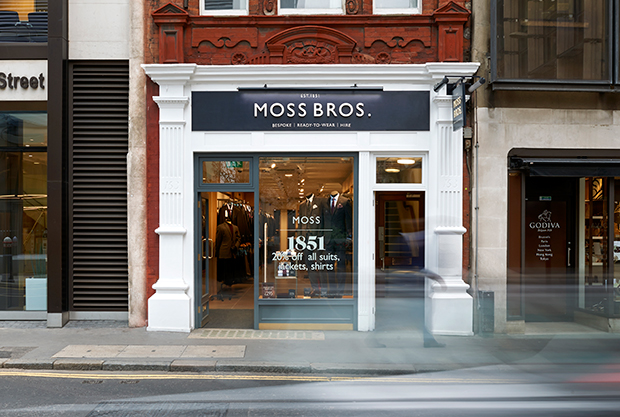 Pentagram says the new look and branding is based around the proposition of Moss Bros “suiting the nation”.

Pearce’s new identity references 1851 – the year that Moss Bros was founded. On store fronts and elsewhere, the full Moss Bros name is used, moving away from the briefly adopted Moss name. 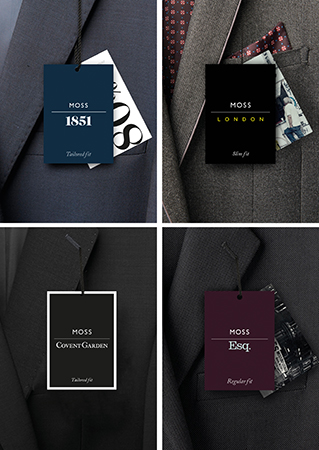 Pearce says he selected typefaces “to reflect [Moss Bros’s] British heritage”. Gill Sans is used in the logotype while Caslon is used elsewhere. 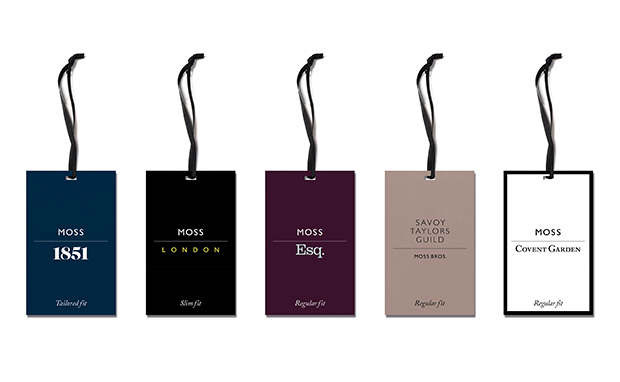 The colour scheme uses “traditional suit colours” including black and navy, while a subsidiary “chalk” tone is inspired by tailoring patches. 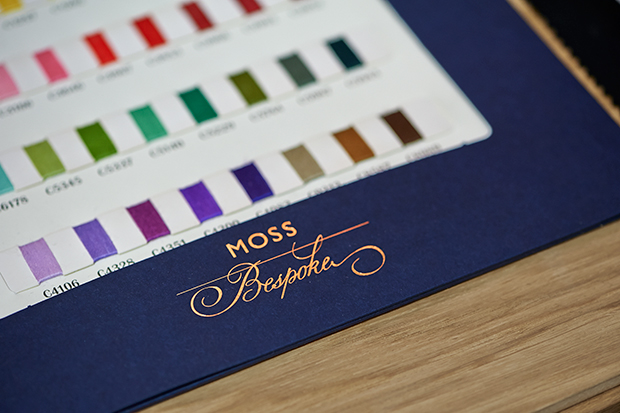 A horizontal line is used for sub-brands and also serves as Moss Bros’s “visual hallmark” according to Pearce.

Individual colours are also used to differentiate sub-brands. For example, the Savoy Taylors Guild’s colours are based on the façade of its original store on the Strand in London.

The tone-of-voice, developed by Ramchandani, is based around “pride, expertise and charm”. This will be seen on advertising, which is due to roll out, and also on the shop floor, where sales assistants have been renamed as “suit experts”.

New interiors for Moss Bros, developed by Russell alongside the new identity, are rolling out across Moss Bros’s portfolio – they are so far in nine of the retailer’s 150 stores. 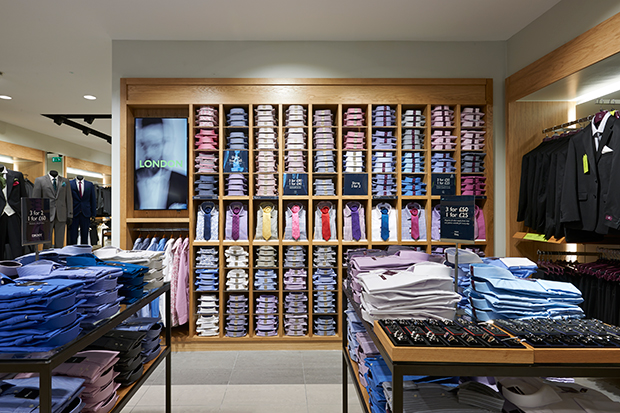 The new look incorporates the colour palette from the identity and uses European oak to create a “light and warm” interior to contrast with the dark colours of the suits. 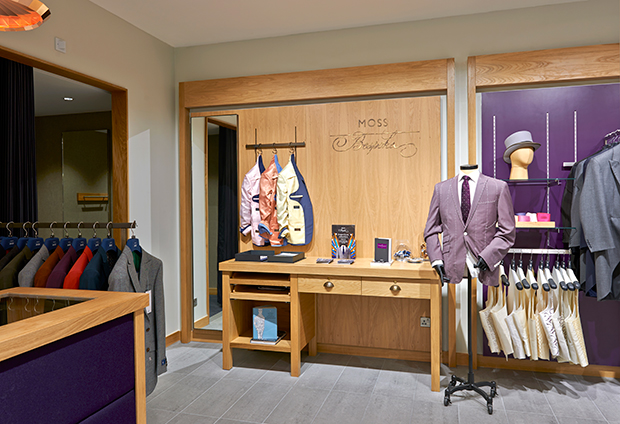 Key pieces are highlighted using large graphic panels, while the perimeter merchandise is broken up into smaller bays.